Our Kickstarter is now live!
We are also on greenlight!

Check out our exclusive new video in HD: 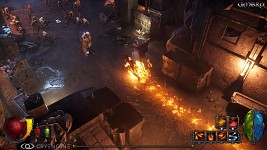 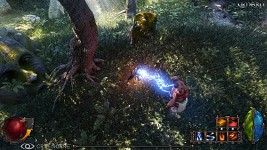 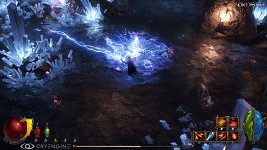 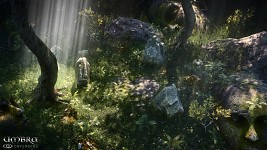 Umbra aims to deliver many features that will differ from the classic games of the genre:

The scenario is an important part in Umbra, because understanding it will allow you to unlock secret areas with massive rewards. For example, helping an NPC who got lost in a hostile area may grant you with precious information about the game’s story, and this may lead you to a hidden place full of treasure. If you just want to kill monsters you don’t have to worry because you can focus on that. But Umbra will become even more interesting if you embrace the game’s story!

Quality of action, loot and personalization are keys for a good Hack & Slash game. By mixing these three elements, we designed the Apocalyptic Form feature, that will allow you to hand pick “mutations” for your character, such as wings or horns, and create a powerful war form for your character, affecting both your look and play style.

We are mixing the freedom of Skyrim, the action style of Diablo 3, the ambience of Diablo 1, the graphical power of Crysis, and adding our very own features on top of all that to come up with a unique and powerful gameplay!

In order to maintain their grasp on the population, the Republic is using vicious tactics, poisoning the population to weaken it and removing all children from their parents to better mold their mind. Newborn babies are rare, and few are born healthy.

An unknown curse has made men lose their memory, provoking a limbo that has eaten their own history and technological knowledge.

Rumors say that the leaders of the Republic signed pacts with occult entities, and monstrously mutated humans are appearing in the wild, leading raids against cities and villages.

Food becomes rare, leading to an extreme measure. In the name of survival, the Republic declared that anyone over the age of 50 should be killed. The same rule applies to anyone presenting mutation.

You are a former officer of the Republic who developed magical powers. You tried to hide it, but your hierarchy found out. Instead of directly killing you, they tried to capture you and lead experiment on your body.

You managed to escape and take refuge in the wild. There, you were attacked by a large pack of the monstrous creature. Outnumbered, you were about to fail when the mysterious order of the Templars saved you.

Backing this is a no-brainer.

Thanks a lot everyone! :)

Awesome! I hope you guys get the stretch goal for co-op multiplayer!
Very nice game and I hope to help out on Kickstarter