Our experiences in taking a few cues from Portal 2's Puzzle Creator when creating our own 3D level editor.

Posted by IncubatorGames on Jan 2nd, 2015 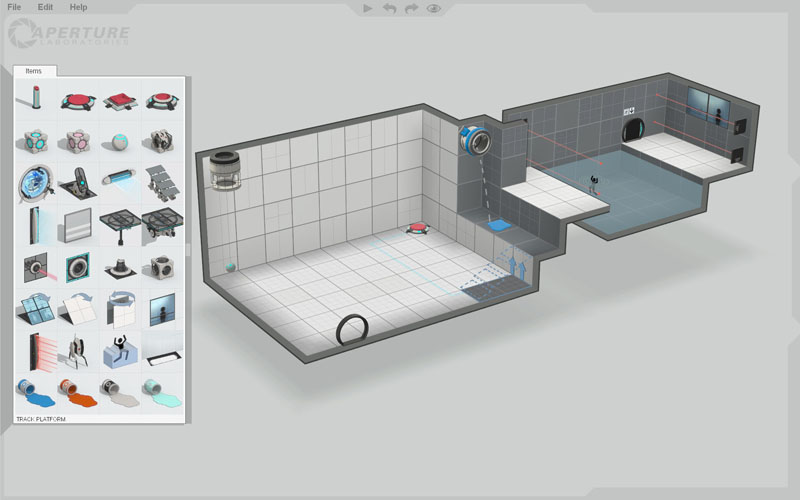 While the Puzzle Creator is not a standalone tool -- it's heavily coupled with the game and run from within it -- its interface is much more streamlined and intuitive than typical 3D editors. Extruding/recessing surfaces is a very quick way of mapping out geometric 3D spaces, and it's much less finicky than dragging-and-dropping 3D objects and transforming them to make a whole, or carving out spaces from a 3D block.

Our first iteration of the editor used SWT for the GUI and OpenGL for the 3D canvas. Eventually we switched over to Swing, but Java's UI libraries have proven somewhat problematic to work with. We've had to do a fair amount of tinkering and optimizing to get our editor functioning just the way we want it, but we're sticking to this approach for the time being. 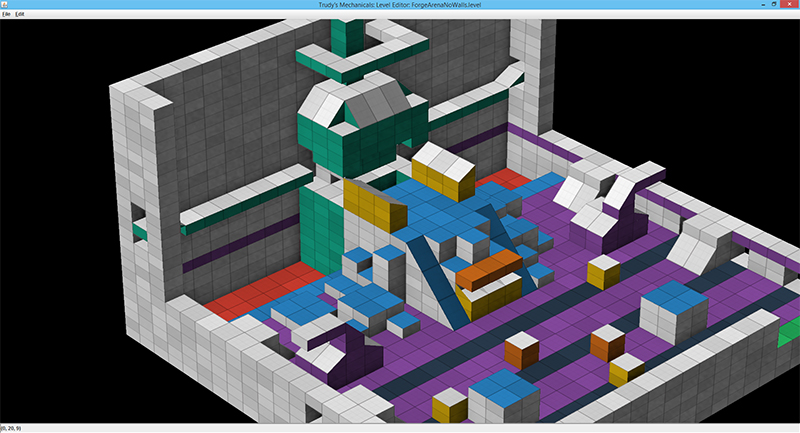 The Forge Arena -- the purple bits represent floor grates and mounted pipes through which fire and/or steam can shoot out.

Each cell in the editor is treated as a voxel with six possible faces, although it's not a perfect cube as a cell's height is visually half of its width/length. The reason for this is our need for more vertical granularity in the levels, but this is an arbitrary aesthetic distinction (the height represented by each voxel could just as easily have been twice as large).

The main goal of the editor is to quickly greybox levels for play testing and eventually leave a full 3D model for artists to texture and append with various props and decorations. Here are the features we currently have online: 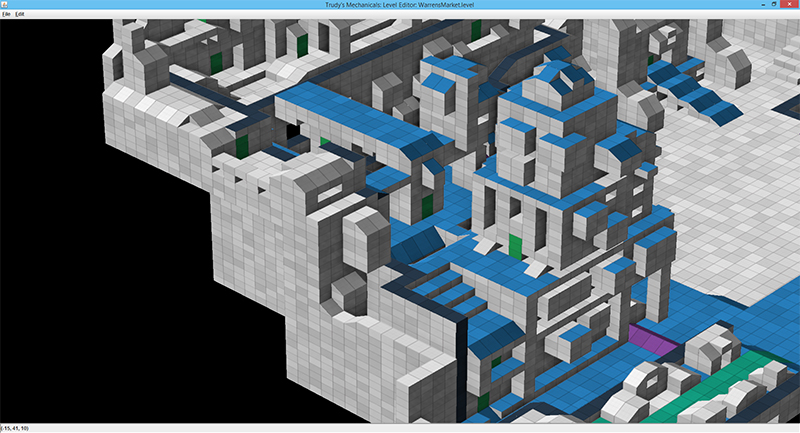 The sprawling, ramshackle Warrens. Lots of verticality in these stages.

While the level editor is fairly powerful, we decided to leave some functionality out of it to keep it simple and potentially useful for future prototypes. Placing interactive props and scripting will be done via our other tool: the scene editor.

Thank you! The tool will be iterated upon in the future as we hope to use it for grayboxing levels in general, but it'll need a bit more TLC before it's ready for that.