A quick overview of the rigging and animating process in our Steampunk tactics game, Trudy's Mechanicals.

While rigging Bauk, we started off with the left side of the skeleton so as to easily mirror all the symmetrical parts. Asymmetrical components can be tweaked later on, but this really helps speed up rigging and symmetric animations like walking. 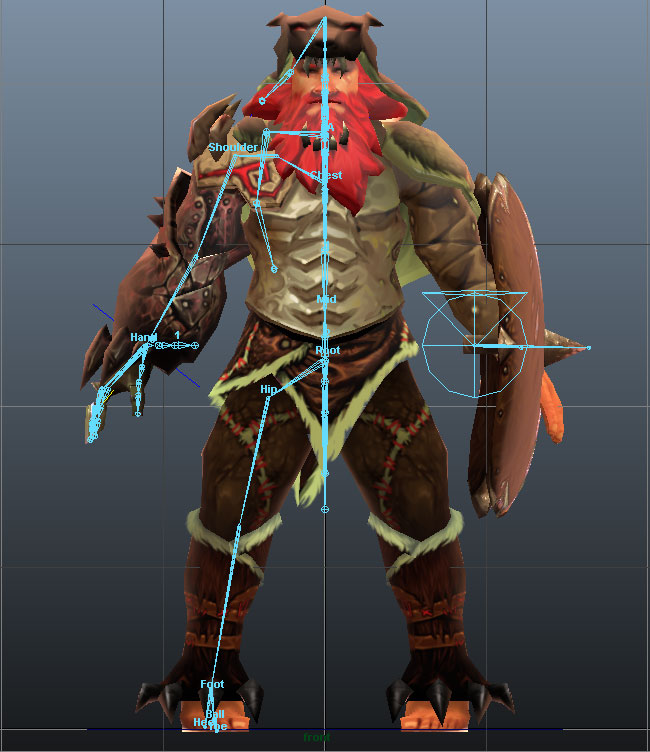 Bauk's skeleton; the left side is mirrored for the most part to complete the structure. 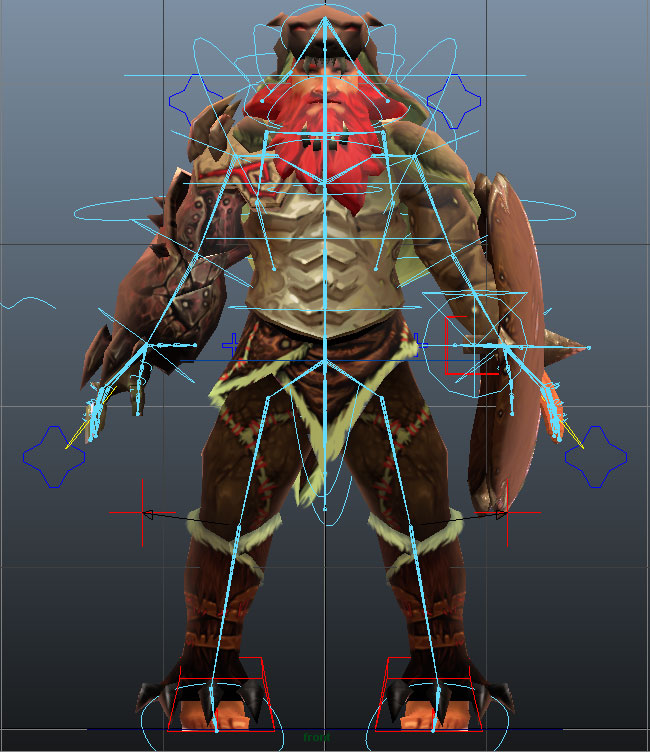 The full rig with all its controllers.

One of our primary concerns with animating Bauk was his shield. The shield can either spin or appear static based on a passive state, which means all his animations would have to be doubled and there'd be some awkwardness if the shield started/stopped spinning mid-way through an animation. To compensate for this we bit the bullet and looked into using locators. We've had a few issues implementing 'em in-engine as they add a substantial amount of complexity, but it would've been an issue for various units whose weapons and tools detach during use.

Video of Bauk and his detached shield.

With the system in place, we tackled a few more animations:

Video of all of Bauk's early animations.

One thing I'd definitely advise keeping in mind is that it's difficult to gauge what the walking/running animation speed should be relative to in-game movement speed. That's something that's bit us before as those animations tend to be the first ones in, but inevitably they result in a "running on a treadmill" (animates too quickly) or ice-skating (animates too slowly) effects.

Looking good. Love the art style and the animations are sweet!