Posted by supermalparit on Apr 9th, 2013 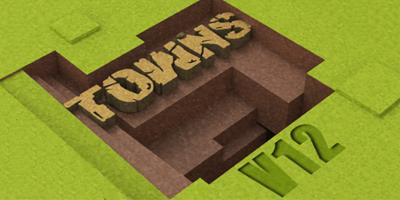 Hey Townies, Townetes and those between!

We are proud to present you Towns v12.

What is this system all about?
The bury system is a feature that enables players to indirectly interact with each other by burying their town at any stage of their game and letting other players explore and conquer those buried towns.

As a new player starts a game (any of the maps) the buried town from other player is "injected" into the dungeons and with a few become an integral and challenging part of the dungeon.

How do I share or get other people buried map?
Right now, the players will have to swap buried maps files between themselves manualy, but, in the near future we will implement a way to make that a seamless process thus further increasing the unexplored atmosphere of this feature. 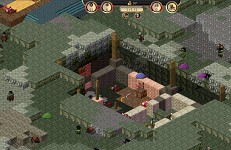 To ease the initial process we have gathered a bunch of buried towns, those can be obtained clicking here.

Download this file and extract it in the 'bury' folder found in userFolder/.towns/bury/
The folder should be automatically created when you launch the game for the first time after updating. As you start a new map, the game will randomly select one town from that folder and inject it to your
newly formed dungeons. 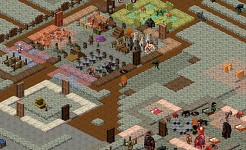 Beside this bury system which is the main feature of this patch, we have also added two new heroes, The Herbalist which relies on his nature allies to assist him in battle and Vechs, the bird miner, a hero that also summon creatures to his assistance such as Fwap'a Durp, a bat that makes your townies happier as they see him.

Cloth, sheep, wool and leather armors have been added as well, those should help the less tanky heroes survive in the deeper dungeons.

We have added a mod loader feature that will allow player to easily load and unload mods and easily arrange them without affecting the vanilla game files.

We have also added and improved many other things which can be found clicking here.

We hope you will find this patch interesting and fun to play. As always, criticism and suggestions are more than welcome!

What an inspired concept! Bravo!

nice. i hope the next update contains day and night shifting. or weathers :) ^^ that be really cool

Great news, i love this game.

I wonder what the TTP for this new feature will be.

Also, i have added a special item into each of the buried towns that can not be found nor bought from the merchant which has his value rise as he gets buried again and again. after 10 towns of burial and recover, the item (Golden Crown of king nux) will worth 150,000 gold and grant 50 happiness. it will be interesting to see if any of the 8-10 crowns survive and reach their "10 towns old" status

++ it will be interesting to see if any of the 8-10 crowns survive and reach their "10 towns old" status ++
Why am I worried that this means every time a town gets buried the crown gets nastier beasts defending it :O

The 10th burial) An _infestation_ of Killer Rabbits from Caerbannog!!! Run fer yer lives and pray for a rain of holy hand grenades!