Welcome to another week’s Gorescript update folks. Take a look at our new enemy type, weapon, and an interview with Lawrence, the composer of Gorescript's OST.

Did you notice the whole new railgun above? Definite power packed with killing satisfaction. We are going to be adding muzzle effects next weeks to maximize the usage pleasure of our weaponry.

We got a new member in the family. The Hydra. It’s not a boss (yeah! Of course we will have those ones). Her multi-shooting heads will lead to some interesting fight techniques combined with the rest of the bad guys inventory. 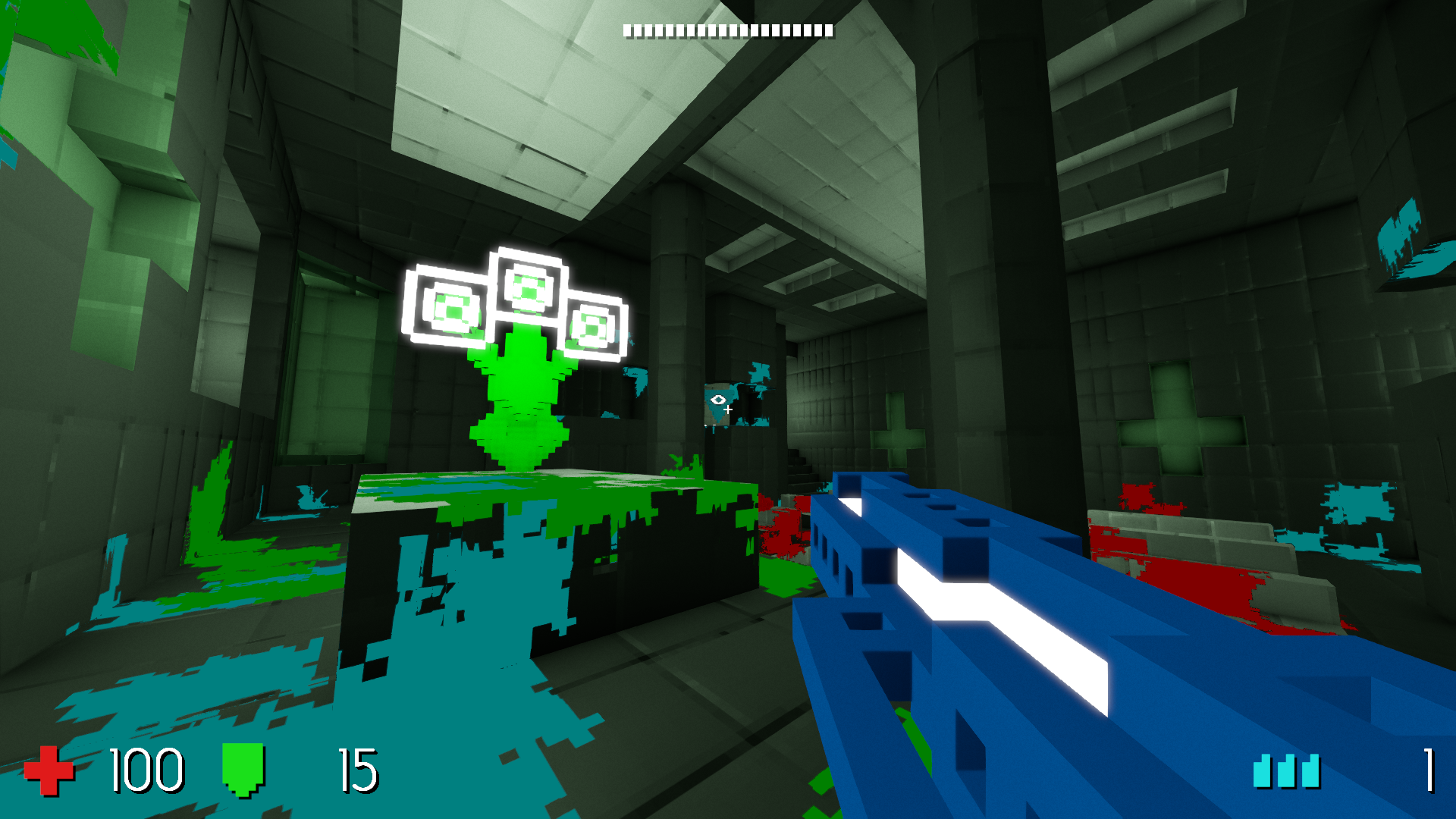 I would like to present to you a short interview with the creator of Gorescript’s soundtrack, Lawrence Steele of Satsuma Audio from UK. Enjoy:

- Tell us some things about yourself.

I am a composer and sound designer for games based in north of England, I've been doing this for around 6 years now, with the last 3 or so it being my full time job. I have always loved music and playing games so to combine the two to make a living is a dream come true! I decided to operate under the name 'Satsuma Audio' than just my name as I thought it would be more memorable and help me stand out a bit from the crowd.

- Why did you choose to work on Gorescipt?

I am a big fan of old school FPS games, Doom, Quake, Unreal etc. Me and my wife actually just finished playing through Doom 1 & 2 together, they are still awesome games even today! I thought gorescript was looking pretty great and the chance to write a full length 'dark electronic' OST sounded like a lot of fun!

- How was your experience working with our game (Gorescript)?

It has been really great actually, Sergiu (the game designer) has pretty much liked everything I've sent him straight away (this is not always the case in this job!) and I've been able to have a lot of creative freedom. I've tried to get a lot of different styles of electronic music in there, but still tried to keep it sounding like a cohesive whole.

- How do you make sure the soundtrack fits the game?

So to match the mood of the game I try to give all tracks a slightly dark, evil tinge to the music, to match the genre and the feeling of going through all these darkened rooms blasting monsters! I also try to find a balance between clean and crisp sounds to match the retro/neon visuals and distorted sounds to give a grungy, dark atmosphere to the music.

The idea is that it should blend into the background and allow the player to focus on the gameplay while simultaneously providing a sense of energy and pace at all times. I try to keep the tracks as varied as possible throughout, so as not to become too repetitive or boring when looped.

In the early stages of a new track I also have a video of the game playing on my 2nd monitor, just to make sure the music and the visuals 'gel' together well.

- What did you enjoy the most when working on our game’s soundtrack?

I work on quite a lot of slot machine apps, and more light, 'casual' stuff so it was great to have a chance to embrace my darker side and do something with more of an edge to it. It also gave me an excuse to bust out my hardware synths! I used an Arturia Minibrute and Moog Little Phatty throughout the soundtrack where suitable, they are both analogue synths and can help add an extra dimension to a track for sure.

- Your top 3 favourite games you worked on:

In no particular order...

Gorescript - Not just saying this but it has been a lot of fun to work on and I'm pretty pleased with how it's turned out!

WarBits - Riskylab.com - A turn based strategy game for iOS, really polished well put together game, I wrote a retro/sci-fi-ish soundtrack for this as well as creating SFX and the end result turned out great I think.

Tabletop Simulator - I made the SFX for this and it was interesting to work out how best to handke a physics based project such as this. Also the game has really taken off in popularity since release which is awesome.

On another topic. As we are coming closer to the release of the game we would need all the available help we can get to show our game to the people that would love to play it. If you make videos on Youtube, you stream on Twitch, write game previews/reviews and you like Gorescript so far, let us know!

We re also extremely glad of all the videos people have made so far for our game and we've seen different play styles from speed-runs topped with complete darkness in Blackout mode, Masochist mode run-throughs, pacifist runs and even this video from Royalgamer06 with most of the kills done up close and personal with the hammer