In this update I talk about work on the new stock market feature and watching out for bad company management.

Posted by PokingWaterGames on Oct 12th, 2017

Firstly, what an exciting two weeks it's been! Watching people play the game has given me feedback on things to improve, and I've released many small game updates as a result. I think the new system with lots of small updates will continue for a while, with the occasional big update for major features.

I've also made some progress on the Stock Market feature so here's a quick peek. 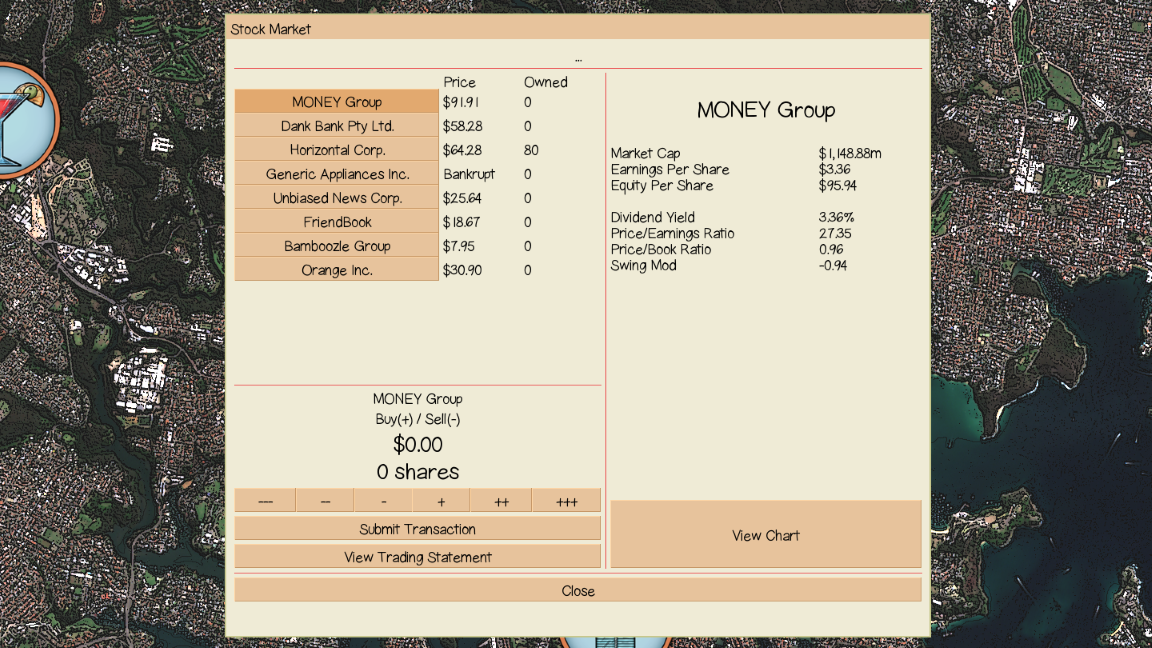 Each listed corporation on the stock market is influenced by economic conditions. The better the economy, the higher the corporation's earnings. Higher earnings means they are able to acquire assets faster (and have higher equity) and use those assets to earn even more money. 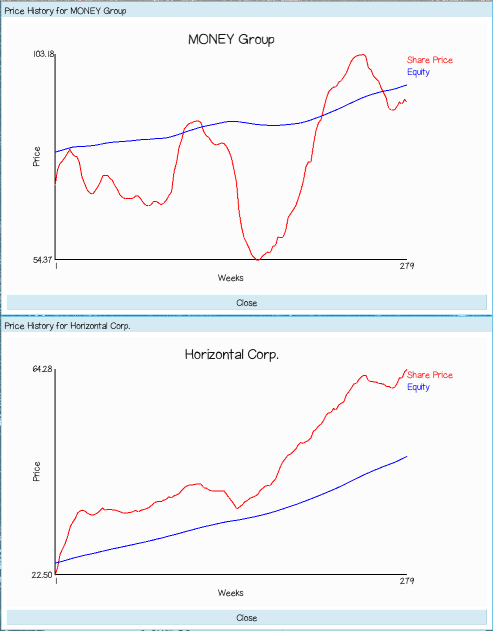 You can see in the above charts the stock price and equity of two corporations changing over time. They both follow the same general dips and rises based on the economy. However, MONEY Group has only increased its equity by about 15% while Horizontal Corp. has increased its equity by around 80% in the same time. The performance difference of these two stocks is due to company management. Good management leads to higher earnings over time. 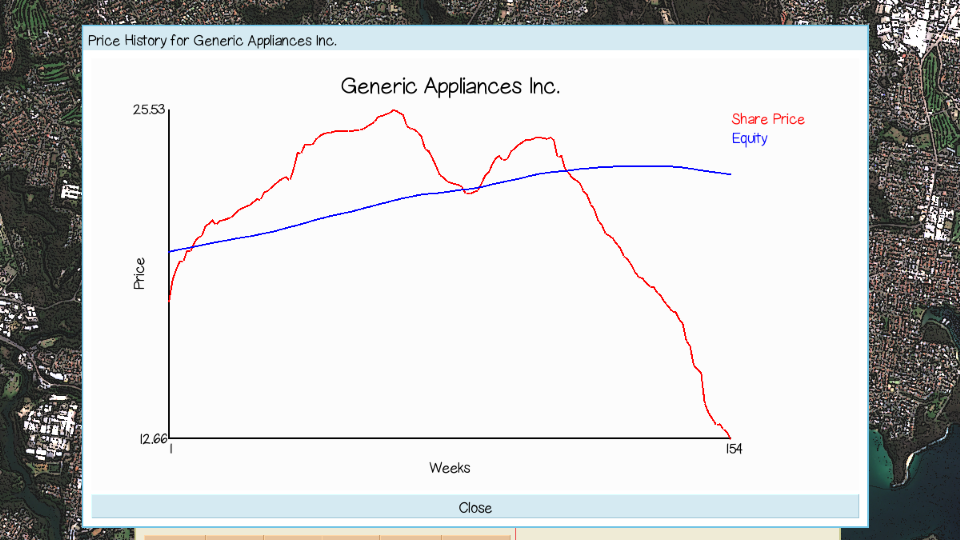 If a company has bad management in a bad economy, they even have a chance of going bankrupt. Do you stick with the company and hope the economy improves or leadership changes before they go bankrupt? Or do you sell your shares now and recover some money? You won't know for sure how good a company's management is, but you can stay informed when a company changes leaders by subscribing to the Financial Dimes subscription. 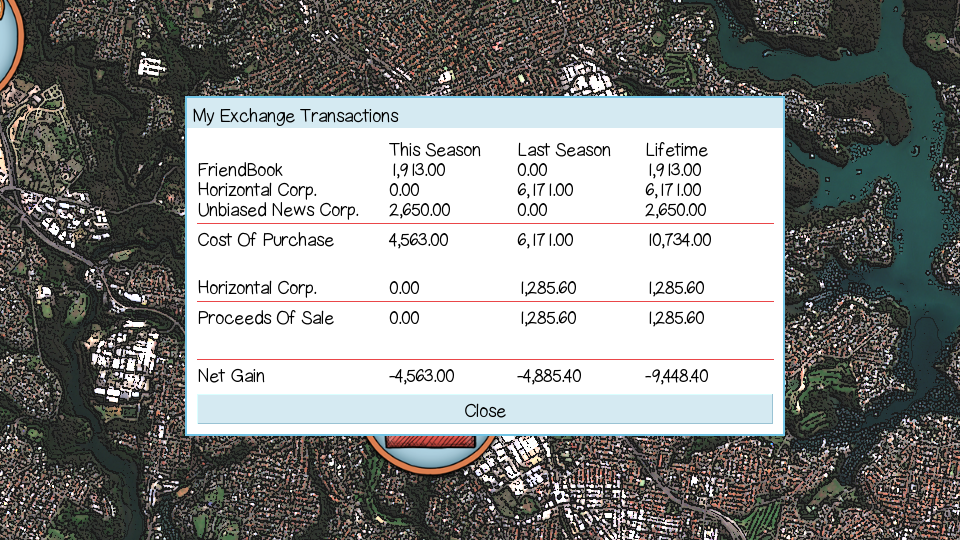 There are other aspects such as dividend payouts and taxation of your trading profits, which are calculated on a first in, first out basis. You might want to delay selling your shares for a profit if you already made a lot of money this year and expect to make less next year. It will help to reduce the amount of tax you pay.

you will be able to push your own leader? (Basically by bein the biggest share holder in it)

No you won't be able to, the companies are huge (worth tens of millions of dollars) and you are just a normal person.

yeah tecnically the guys behind youtube would have said the same while they worked on paypal or something...

But i guess i get your point, its making it unnecesarily complex :) (Although you could add mod support soo if someones want one can add an new complxity layers to it XD)