Posted by PokingWaterGames on Dec 7th, 2017

In New York, you can start your life in the poorer neighbourhood of East Bronx, work your way into middle-class Queens and eventually live it up on Manhattan's Upper East Side. 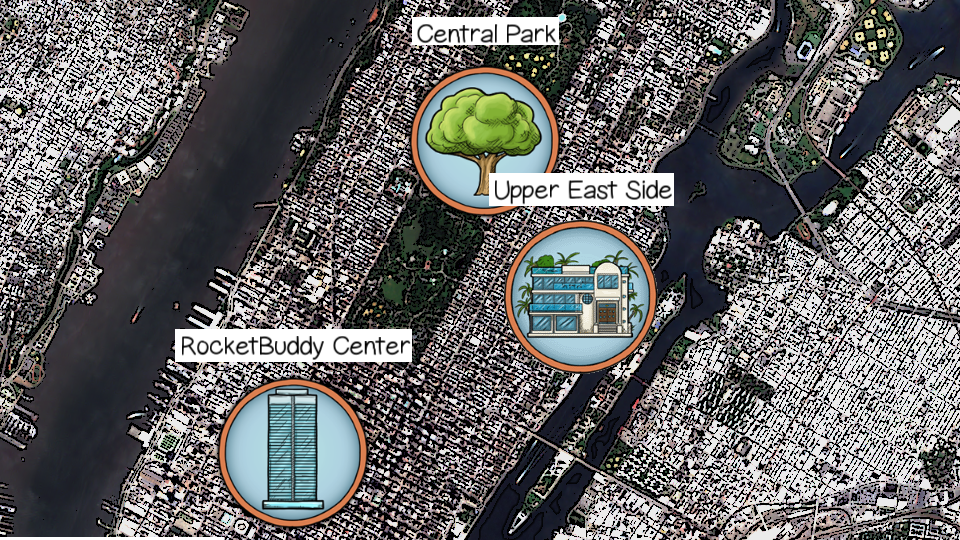 The New York map itself has three traits that make it unique from other cities. Rent Control policies mean rental prices for low-cost housing are reduced by 10%. The city's status as a Financial Hub means all finance industry occupations pay 15% more. On the negative side, high density living means Traffic Jams greatly reduce the effectiveness of vehicles. 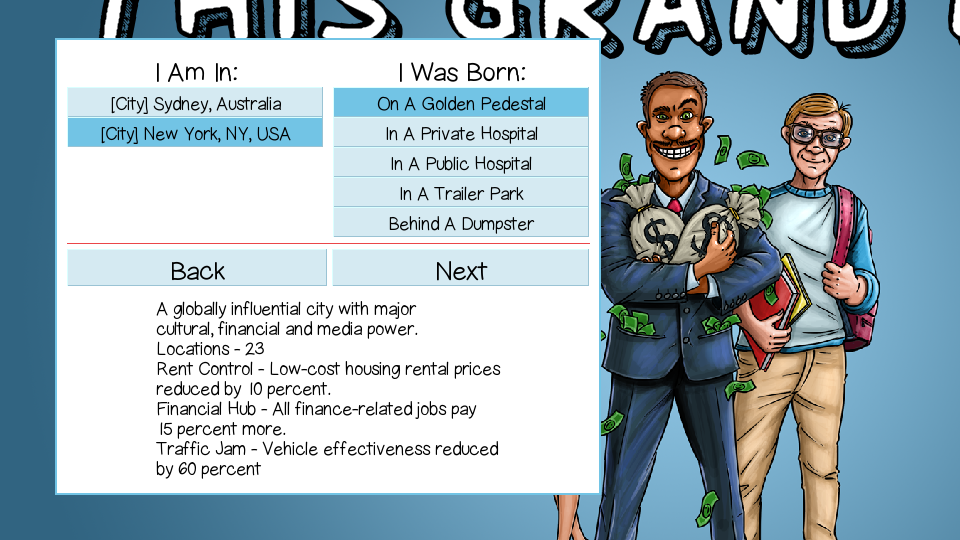 Each city now gets a unique location, and in New York it's the Statue Of Liberty. Here you can buy the special Liberty Display Shelf to start collecting different types of Statue Of Liberties, which are unique to this map. You might even get a chance to climb the statue head as a special event. 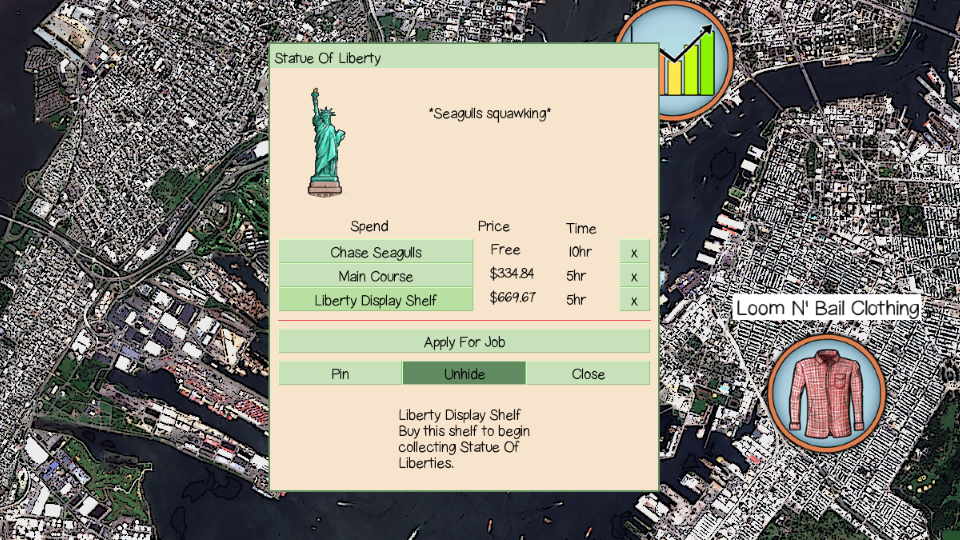 With the upgraded events system, 4th of July celebrations become quite the spectacle. There are fireworks and barbecues all over town for a large boost to fun and happiness. The Black Friday sales in the week after also make for some predictable and fantastic sales on electronic goods. 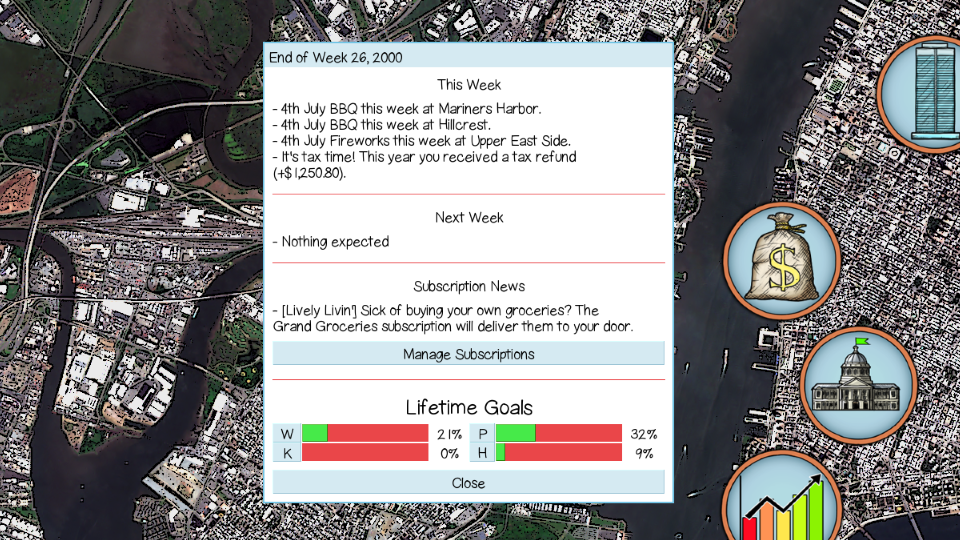 The Sydney map has also received a facelift, with its own national day celebrations where you can "Throw Shrimp On Barbie".

It also gets two map traits. Beautiful Harbour adds the free Stare At View action to certain locations along the harbour. However, the Ex-Convict Colony trait means your robbery threshold for expensive housing is lowered by 20%. I want to add one more positive or neutral map trait to Sydney, but haven't thought of anything really good yet. Ideas are welcome! 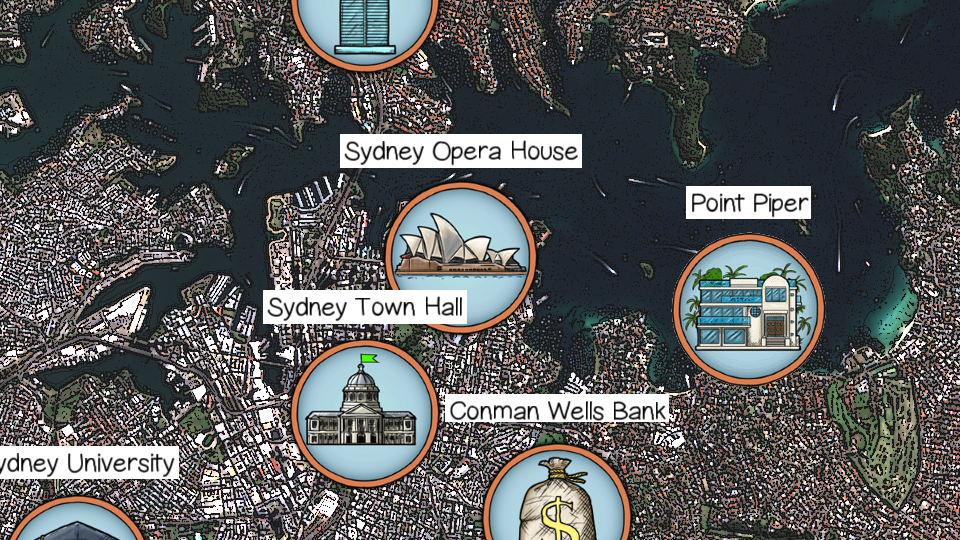 You can go to the new Sydney Opera House location to watch a theatrical performance. Or purchase the Plush Toy Box to safely collect Australia's unique and dangerous wildlife in toy form. 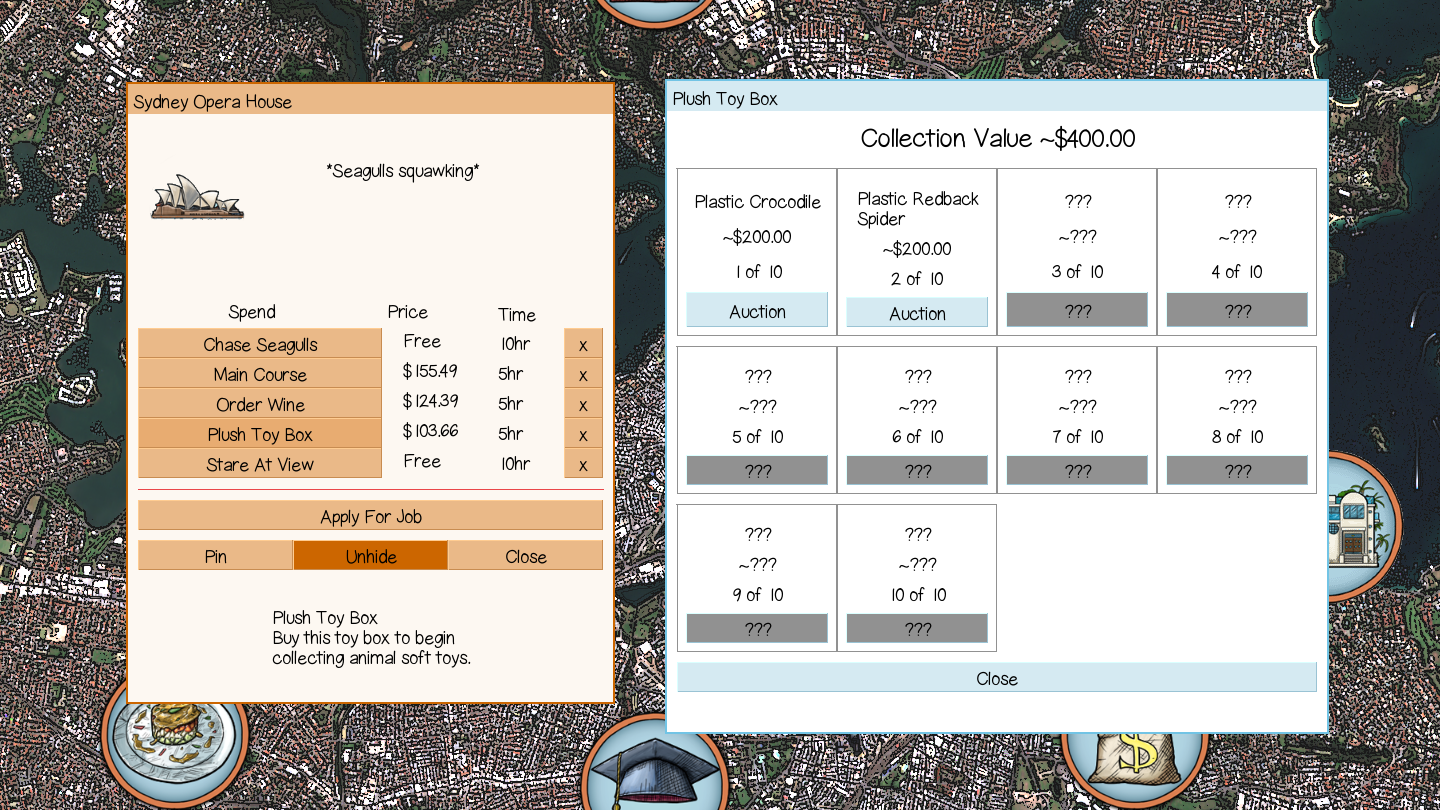 Amsterdam in the Netherlands is the next city on my list, an interesting city which will make for some interesting traits. Also I will be working on adding end-game statistics, which should tie in nicely with the Steam Achievements system. There are quite a few improvements players have requested, I will try to squeeze them in as well.