Post news RSS They Are Billions - Plot, Campaign, and More!

Here is a look at the campaign, plot, zombie types, and more in our upcoming rts title, They Are Billions.

Posted by NumantianGames on Jul 5th, 2017

Greetings! We’d like to share with you today a little bit more about They Are Billions. We will talk about all these topics much more in detail later, but for now, we hope it can be an interesting read.

They Are Billions is set in the 22nd century when only a few thousand remaining humans live in the entire world. The game begins just at the turning point when the surviving humans start to rebuild civilization by developing colonies that can defend themselves from the infected threat. All technology has gone backward at this point, similar to the 19th century.

The leader of the survivors is General Quintus Crane, which rules the resistance. A very charismatic leader, it is his will to create a new human empire and restore civilization, but always, under their leadership. And you, the player, will be one of their commanders under his orders. Dealing with Quintus won’t be an easy task…

During the campaign, there will be several new characters. Some of these characters are crazy and tormented, but the player should still listen to them because they know very dark secrets and worthy information about the infection.

The goal of the campaign in They Are Billions is to reconquest a larger territory by building successful and well-defended colonies that are all connected to a railway network. But for the railways to reach a new location to build a new colony, sometimes you will encounter swarms of infected. In the campaign, the player will have a growing personal army to destroy the swarms and free the paths. Those swarms will be dynamic. They will move, they can combine, and they will grow. Because of this, you have to be very careful and strategic on how you expand your colonies.

Also, apart from the building colonies and “destroy the swarm” missions, there will be several tactic missions. In these missions, you will only control some units and have to accomplish specific goals like obtaining technology advances from the ruins of the old human fortress and cities, escort a colonist group, destroy infected villages, and many other things.

Army units can be controlled manually by the player like in others RTS games with the common commands like travel, attack, patrol, hold… Also, they have some special commands like the Chase command in which the unit will use their AI to explore and chase the infected in the surroundings without the player interaction.

About the colonists, the player cannot control them directly because it would be a huge task. Imagine taking care of hundreds of them in real time. Instead, they behave autonomously. They work, gather resources, travel to buildings, and transport goods. When the infected are close, they run away and hide in the nearby buildings. 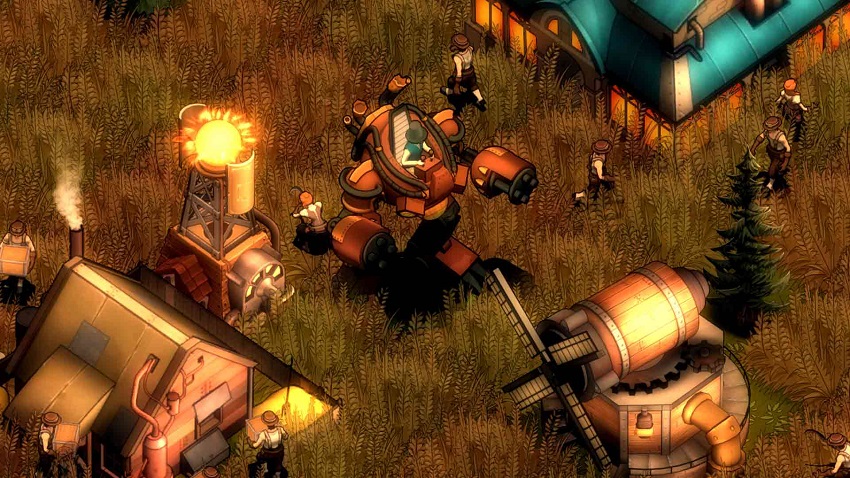 There is a lot to do in They Are Billions: controlling the army, building structures, manage resources, and making lots of strategic decisions. Because the game can be paused, all of this can be done at the player’s pace and not the game’s pace. This is something we have always missed from other RTS games. We understand that in multiplayer games pausing isn’t possible. But in single player campaigns…why not? The levels and missions can be much more challenging and deep if the player can pause the game and give orders to their units or decide what and where to build structures without having to react in milliseconds to all the game events.

The infected are just sick humans that were infected by a disease similar to rabies. At least, is what the survivors believe now. Because the infection started many years ago, very few people know anything beyond that. During the campaign, the story of the collapse of civilization will unravel little by little. Some special characters will reveal what they know about the infection. By the end of the campaign, the player will know about the origin of the infection. Since we don’t want to spoil anything here, you will have to play They Are Billions and win the campaign! We promise the end will be worth it.

About the zombies, there are several different types. There are weaker ones that are damaged and walk slow and clumsy. The “fresh” ones are the zombies that have been infected recently and are much more dangerous. They are more active, with the ability to see further and run faster. When the colonists are infected, they turn into fresh zombies. 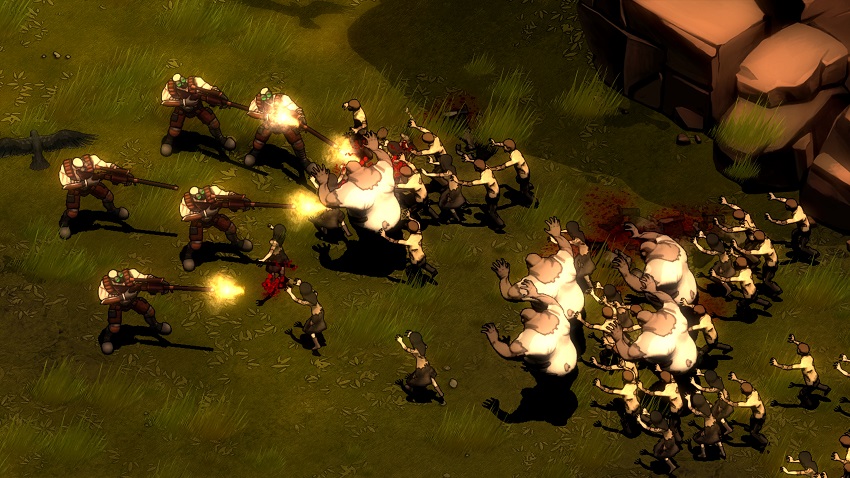 There are also uncommon and special types of zombies: Butchers that are very fat and hard to kill, poisonous ones that can spit their saliva and infect the colony buildings from a distance, and Harpies that are very fast and lethal that can jump over the colony walls…. There are more unique zombies like the gas giant and the mutant that the player will find during the campaign…

And that’s all for now. Looking forward to your comments and thoughts.

See you soon and have a great week!

Visit our Steam Store page of They Are Billions and add it to your wishlist!

gameplay, campaign, they are billions