A Compilation I've composed which covers the legendary RPG Milestone, Ultima. Part 1 covers the first 3 games which make up the age of darkness.

Ultima, is a name that is covered with dust amongst most gamers. Old timers and fans of the series will remember the brilliant times they had roaming through britannia as the stranger in Ultima 1-4 and then arising to become the Avatar and save the world on countless ocasions. Nowadays, with Bioware leading the RPG market, the Ultima series has drifted into the vortex of dead games, even the online installment, which was the first MMORPG with graphics is now only played by hardcore fans. A recent appearance of Lords of Ultima brought a glint of hope into the community, yet the only similarity, was the name. 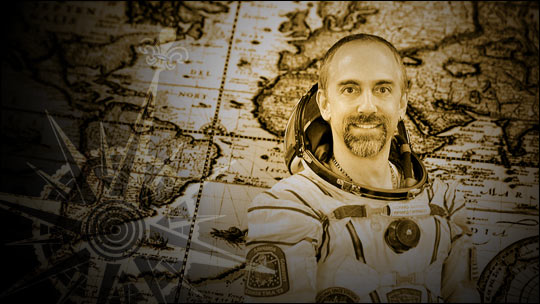 -Richard Garriott, Creator of the Ultima Universe
The first Ultima was released 1980 and was merely titled Ultima. Creator of the Ultima universe was Richard Garriott.
In the first Ultima you chose your race and began your adventure as the Stranger, or Stranger from another world and travel to the land of Sosaria to stop the evil wizard Mundain from unleashing his hordes of beasts and dark magic upon the land. Graphics were completely new for its time because Ultima pictured more detail through sprites than other games of its time. 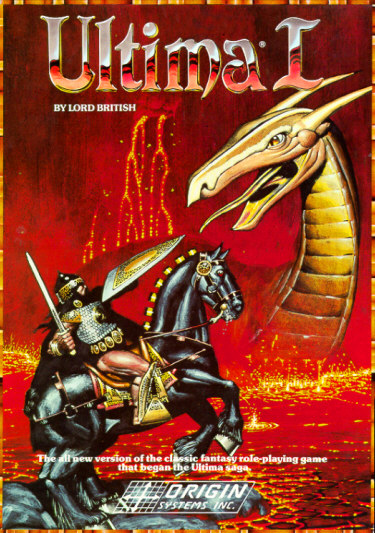 Ultima 2 - Revenge of the Enchantress was released in 1982 as the official second installment in the series. For many, it was a tad too wacky. Critics today refer to it as "The game which showed the Eighties as they were". Once again the Stranger must save the day, this time from Mundains assistent enchanter Minax. Instead of a fantasy land, Ultima 2 took place (among other planets in the milky way) on the earth, but in many different time eras. The craziness of this was a huge difference to the middle-aged world of Ultima 1, yet it was still an epic success. Ultima 2 is however, seen as the weakest installment in the series. 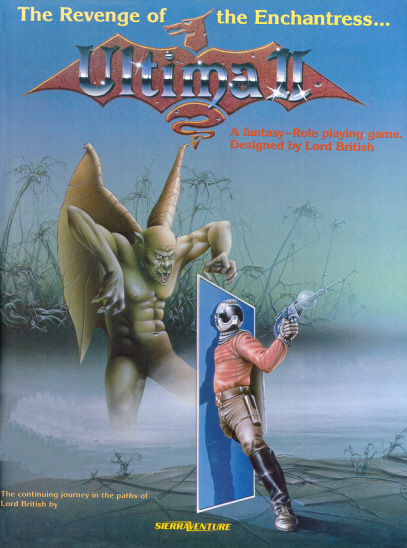 Ultima 3 - Exodus ventured back into the familiar Ultima universe from the first installment. It was published in 1983 and created by Garriotts newly founded Origin Systems. For the first time puzzles play a big role in the game. Intelligence was needed in order to proceed. The player ventures once again as the Stranger in to the World of Sosaria, this time in company of 3 companions. Graphics were kicked up by far for the short distance between the first two installments. It also featured background music for the first time.

ultima.wikia.com wrote:
Exodus was a hit game in 1983 and sold very well, thus giving Origin a very good start and the needed money to created the next installment of the series. Many game creators of that time took Ultima III as a reference when creating their own RPGs. Its influence on the development of role playing games can't be measured.

I couldn't have put it better myself.
In Ultima 3, the Stranger must rescue the people of Sosaria from Exodus, the offspring of Minax and Mundain. Exodus, Half-Demon, Half-Machine is pissed off at having its creators killed and is now on a vengeance trip against the people of Sosaria. 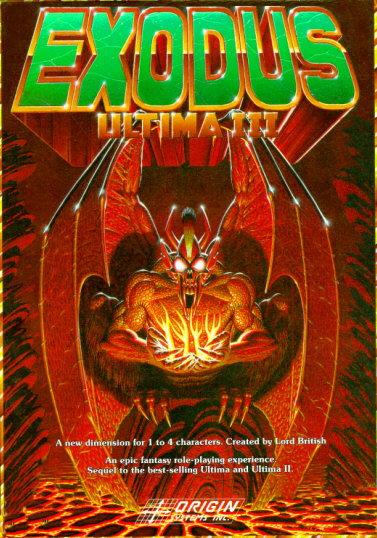 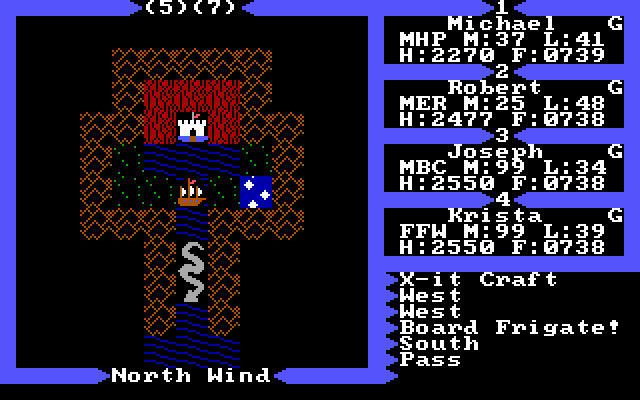 -Box Art -Screenshot of the Castle of Fire

I will post the second installment of my compilation within a few days covering the Age of Enlightenment and the next three installments in the series.
*Images taken from Ultima.wikia.com

BLASPHEMY! Ultima was out way before FF was!

also, ultima online. big lame rip off of world of warcraft. ea what were you thinking!@?

And Ultima Online was also out before WoW. Were it not that Blizzard had made so many great games besides this massive monster, i would curse and burn the creators of world of warcraft! That damned game turned my friend into a wretched no life!

PS. its spellt Liar. And now this argument is reminding me of the warhammer vs warcraft one...

Just as a heads up. The new address for the Ultima Wikia codex.ultimaaiera.com/wiki/Main_Page

I hope you can update your links accordingly.