Explains and goes over the art changes that were made in PUNT.

It has been a while since we last updated, we've spent the last month fixing bugs, adjusting things, and overall giving the mod a complete make over that has no design flaws or issues. But before we show off the new style, (We are not ready yet) I wish to show, and talk about the art development of PUNT since the start of development of last year. I finally got to extracting screenshots from my backup drive which for some reason goes slow as a snail on fire. Keep in mind this is the progression over a year and a few months.

It is very hard to make a style for your mod or game when you have no idea if your idea will be fun or not. At the very start of PUNT before it even had a name, the mod consisted of ported models from Blue Portals, Portal and the Portal 2 Collab pack. 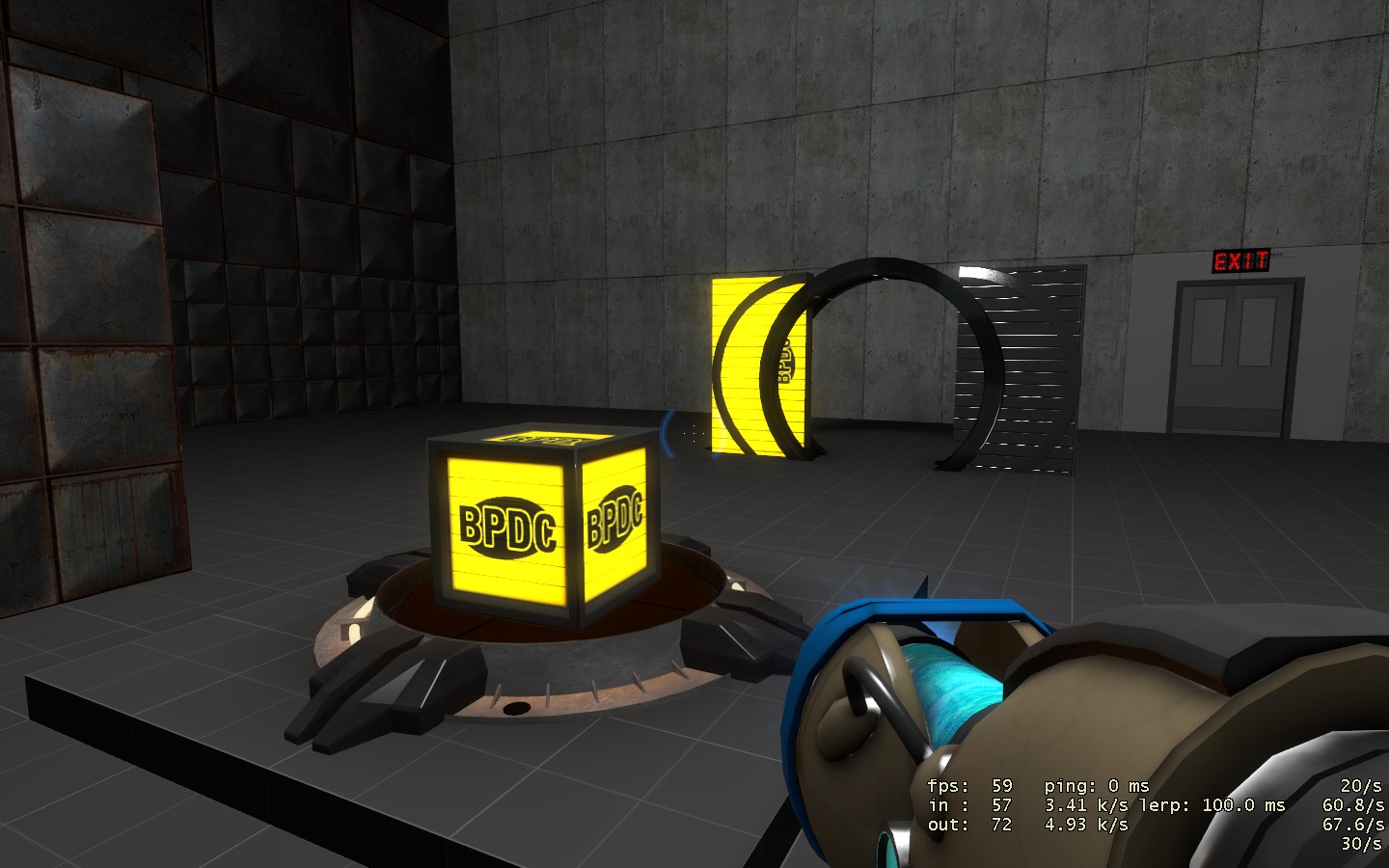 This was taken in a developer box map testing the door and box skins. The Puntgun (ECHO at the time) itself is not fun at all alone. It was still the gravity gun that was in HL2, and I was still pretty rubbish at coding so that is all I could do at the time. So Instead, I've asked a friend to make the Puntgun be able to punt jump off of the world, and I got just that. There was not a limitation of where the player can bounce off of and where they could not. This was taken around when that feature was put in. Continuing on, ideas of mental hospitals, alien spaceships and even out door environments were played with but we ended up adopting a Blue Portal scheme since we could explain the ECHO story wise. 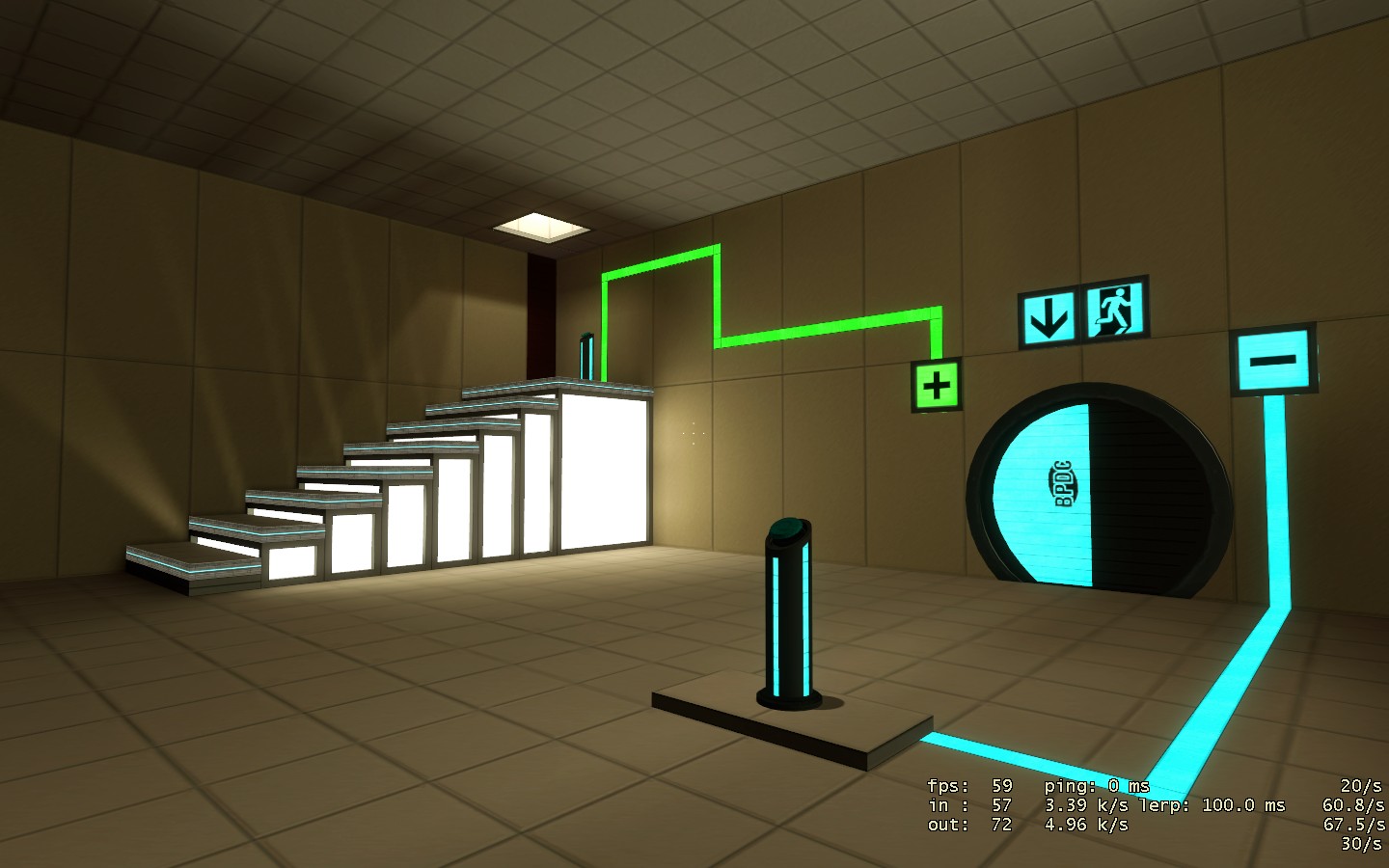 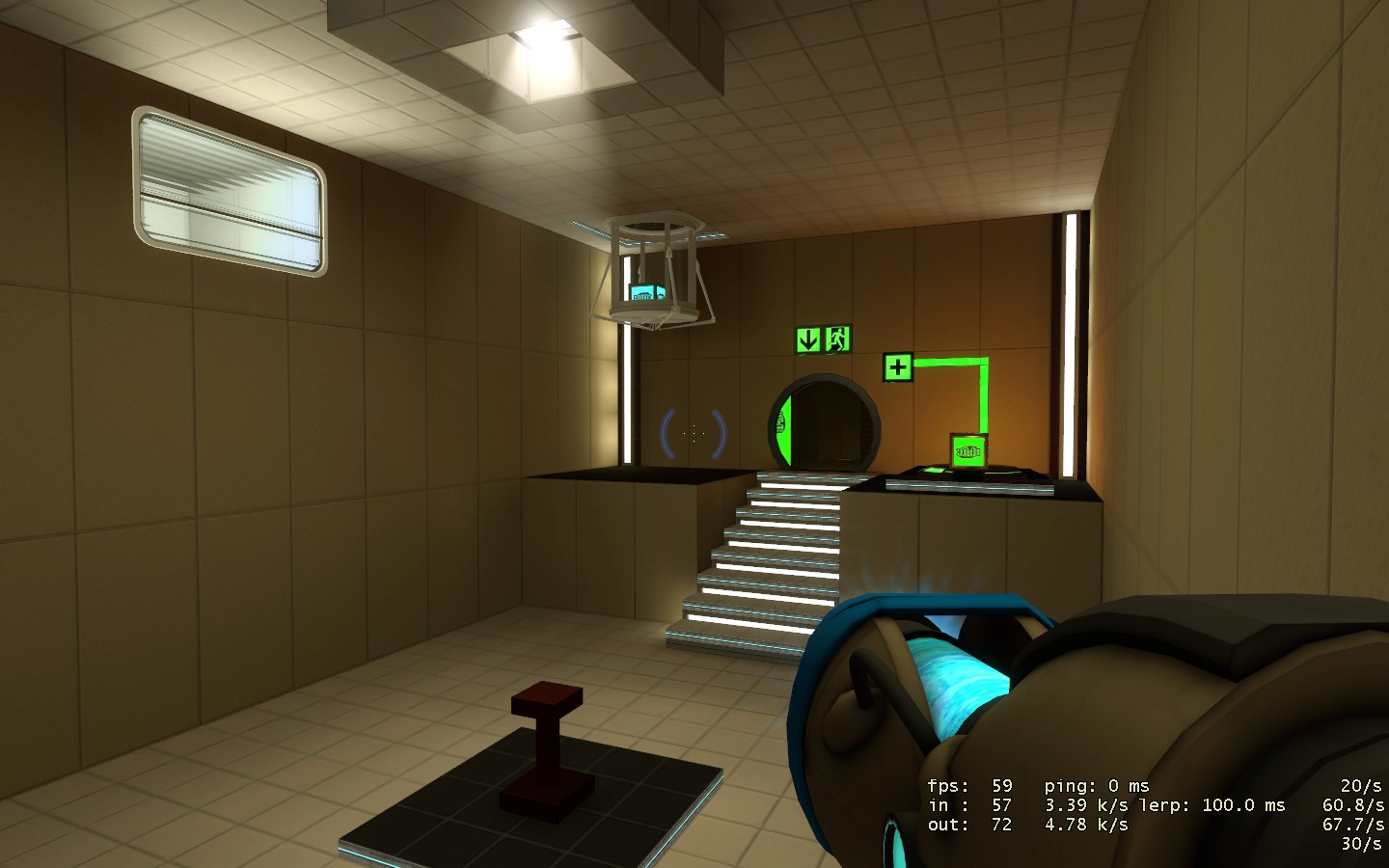 Do to the issue of the Puntgun being able to launch the player on any surface with no limitations, this made the map designing process harder and at the time could not work in a Portal setting. After a 4 month break, I decided to take PUNT into a different direction and style. 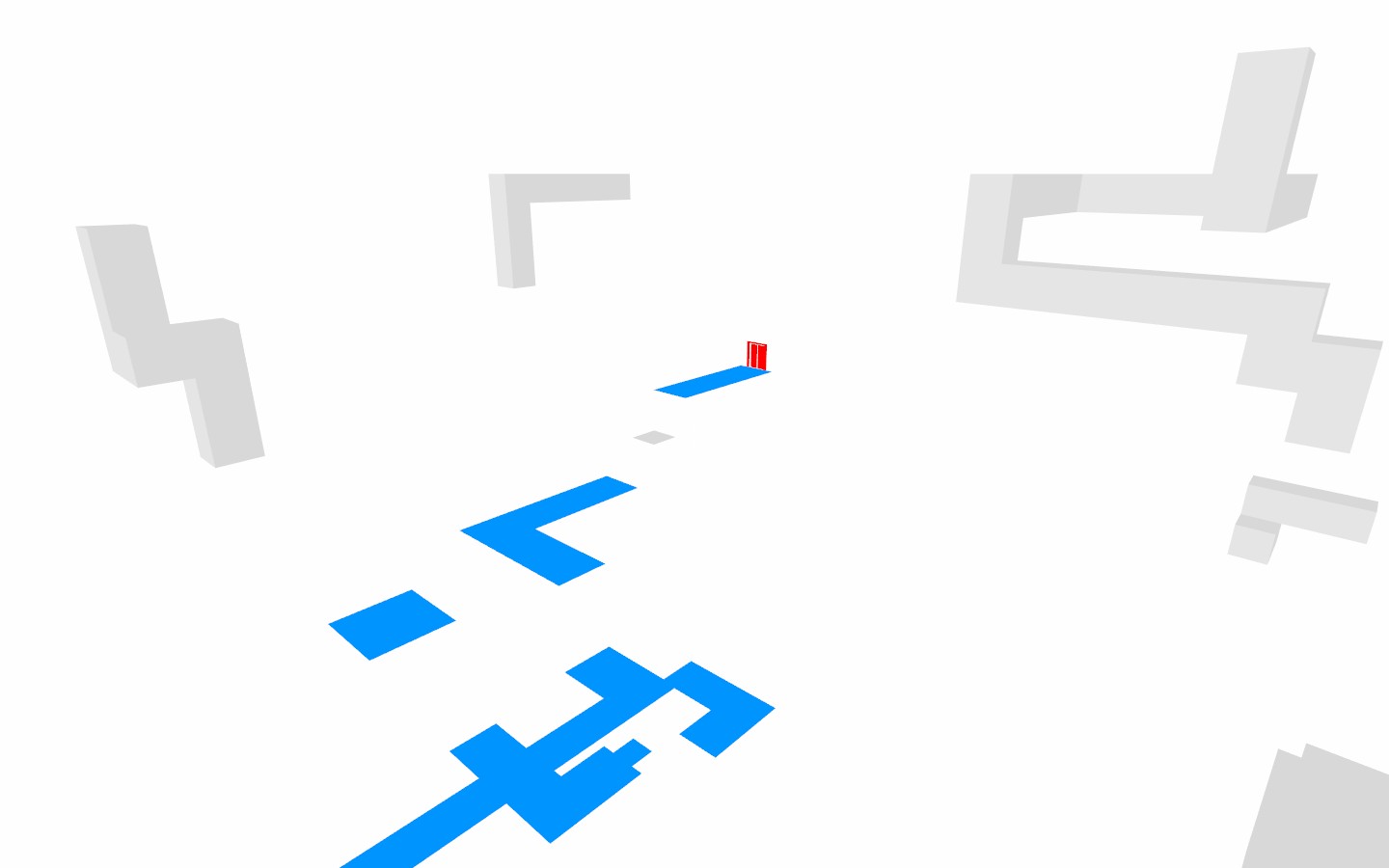 Load and be hold, a style that works with the gameplay. It used wide open spaces, respawners, and no compiled lighting. The mod was entirely silent, and only music played by an actor was heard. It had it's issues though. For one thing, it gave you a migraine playing it, the platforms had to be in the perfect places to avoid being able to get to the top level from the bottom while skipping steps, and just Punting off the floors got boring.

I spent the next few months actually learning how to code, and the idea of this mixed with boxes of lines of code I was playing with gave me the idea of PUNT as it now. 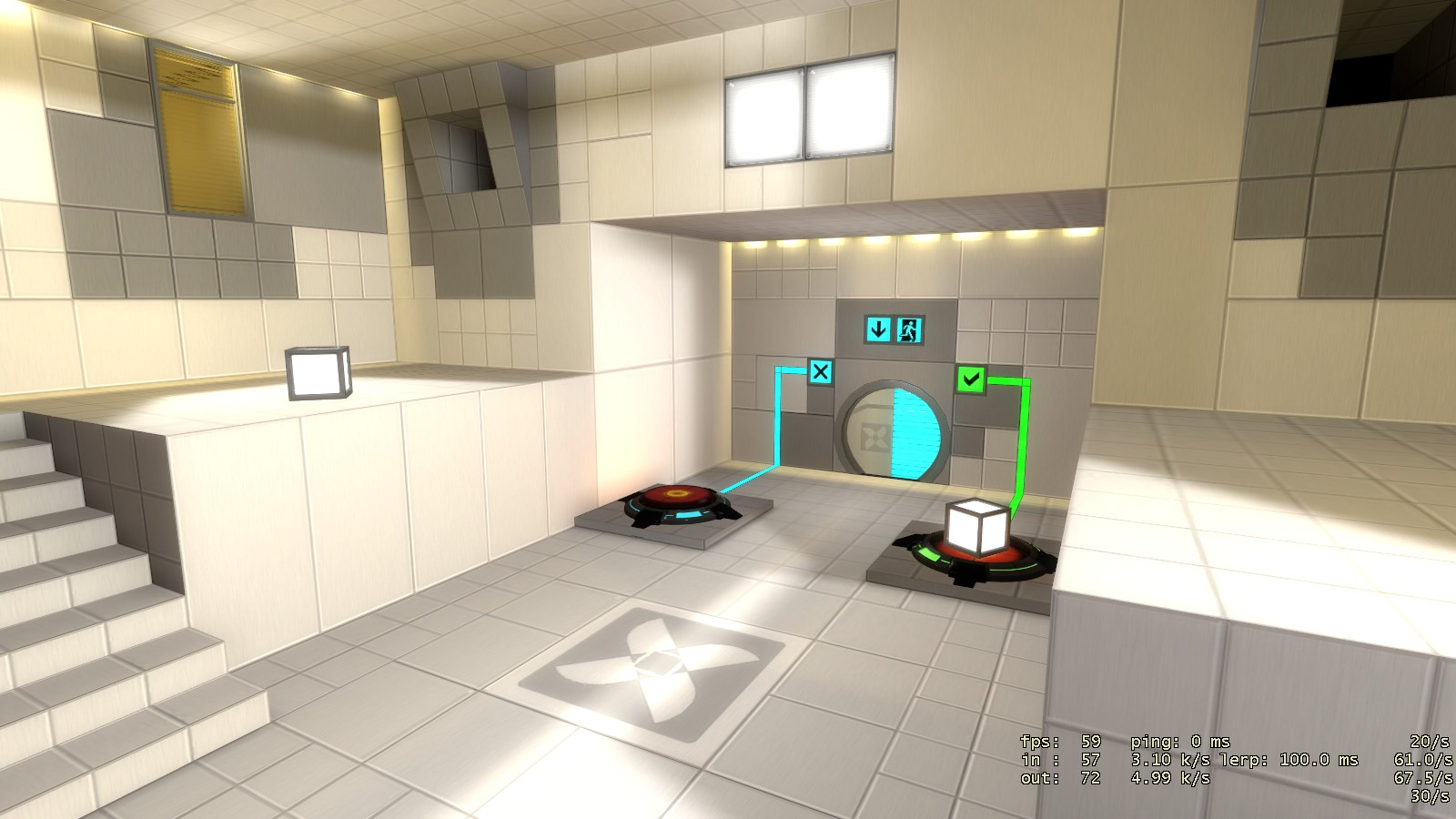 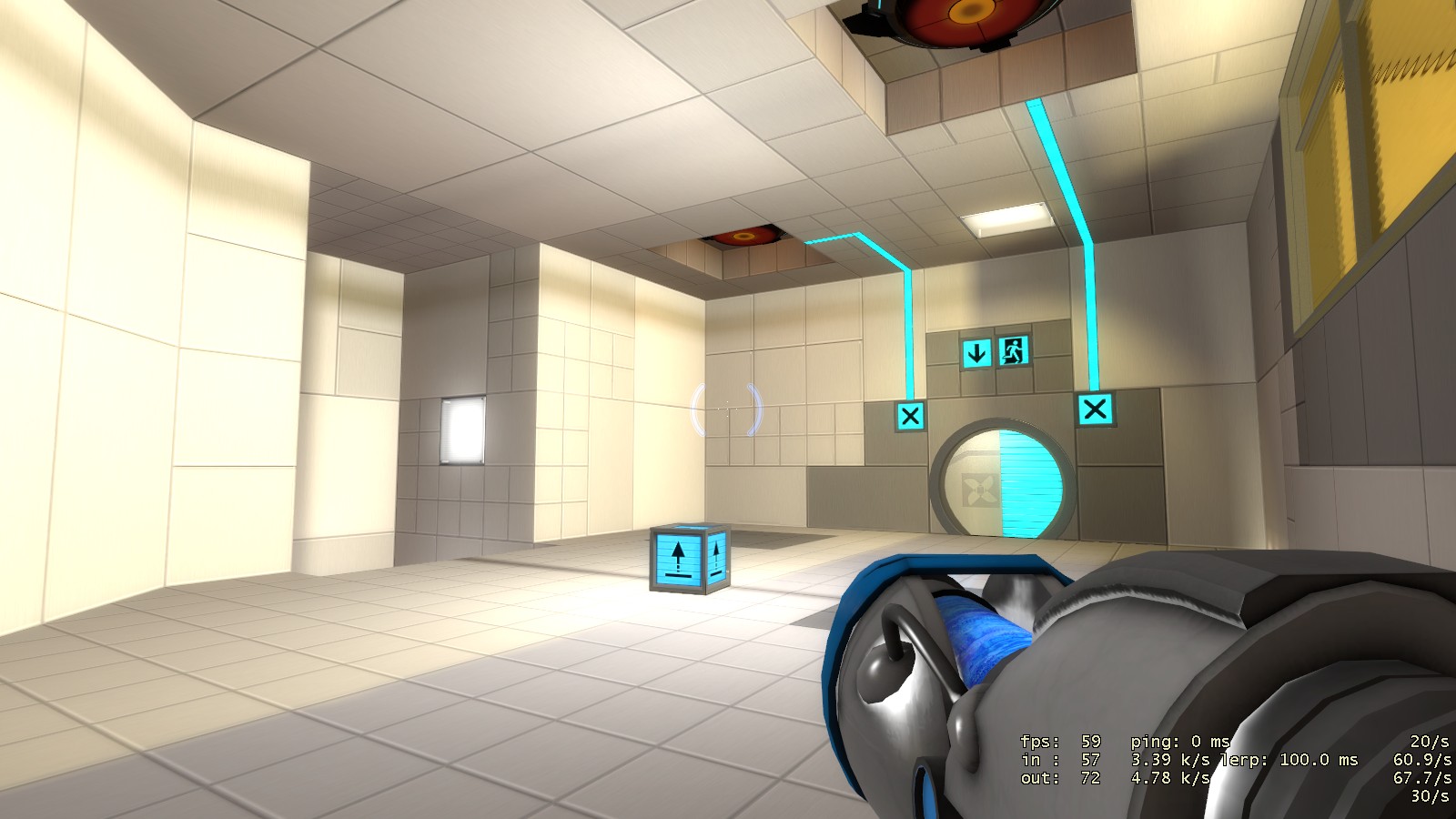 Then work started to actually begin and continue. Those maps above were made to test the style and gameplay, and they both worked very awesomely in harmony. Around the month of March, Colossal made new textures and PUNT was redone the second time. 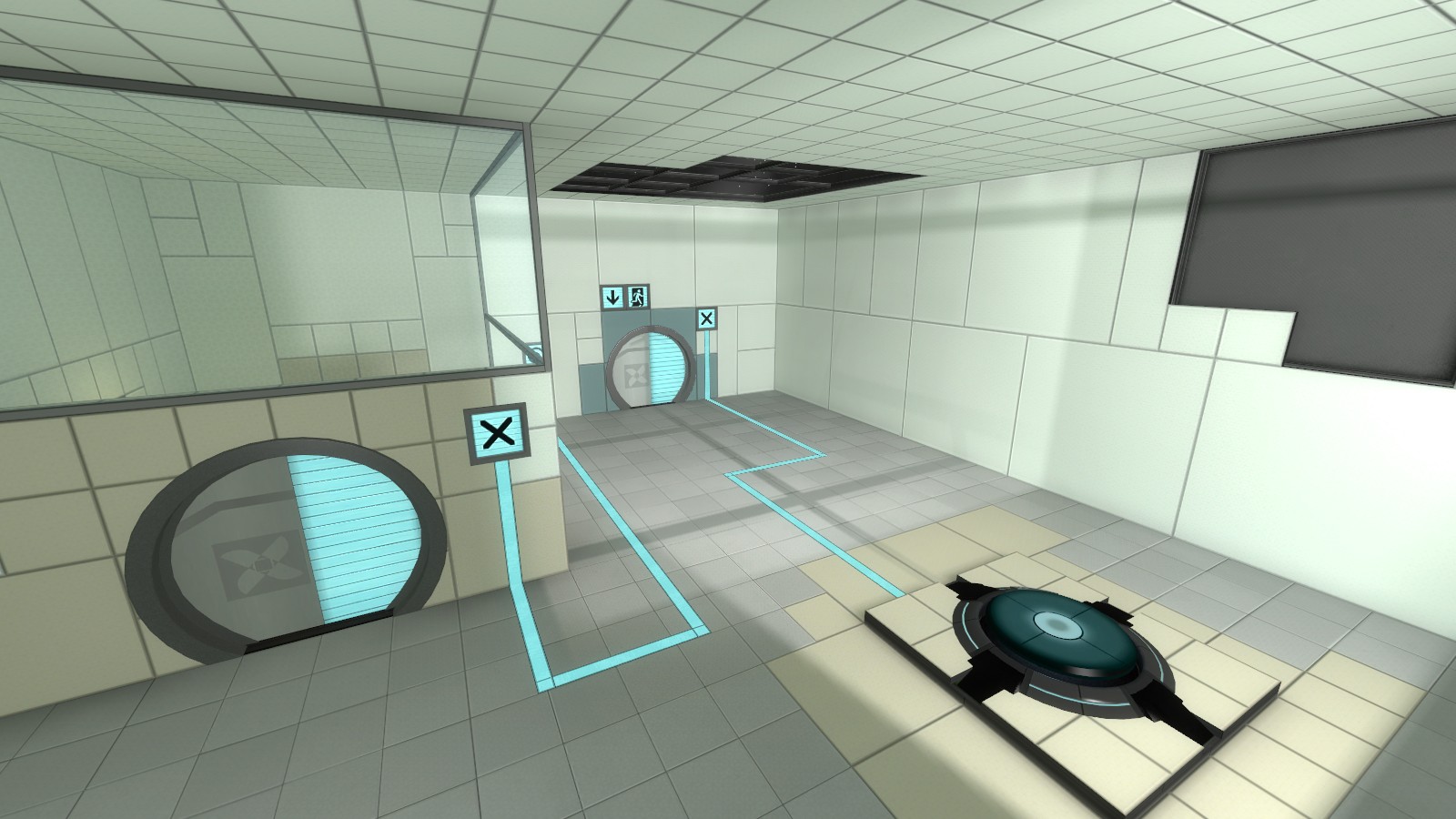 Then Custom models were made. 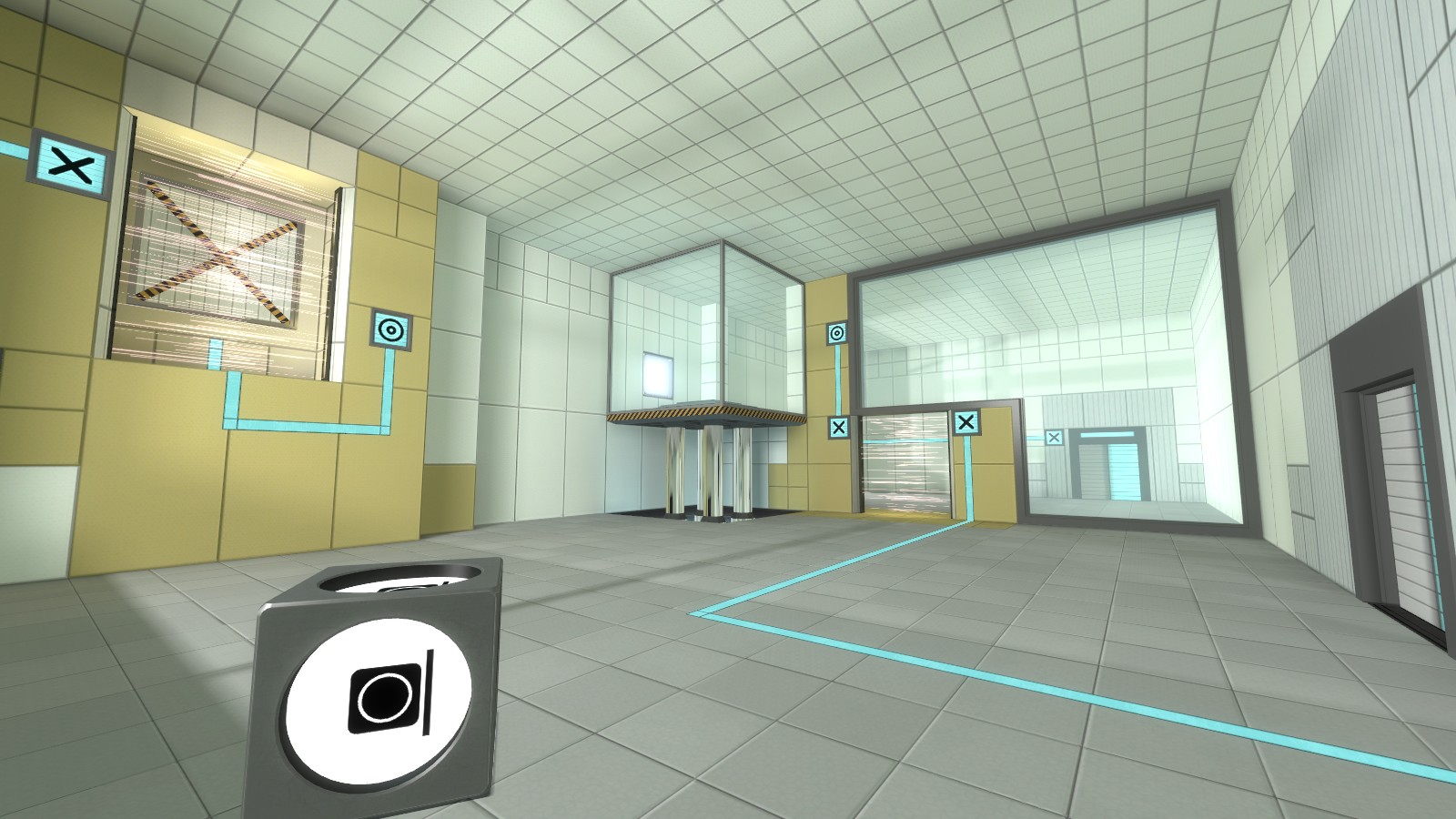 Then Punt how it was when we posted it. Two weeks prior, the Floor Punting mechanic was added back into the mod. 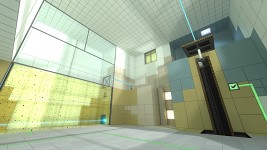 I did experimented with open spaces to break the Portal feel a bit, but it ended up slashing framerate and breaking gameplay. 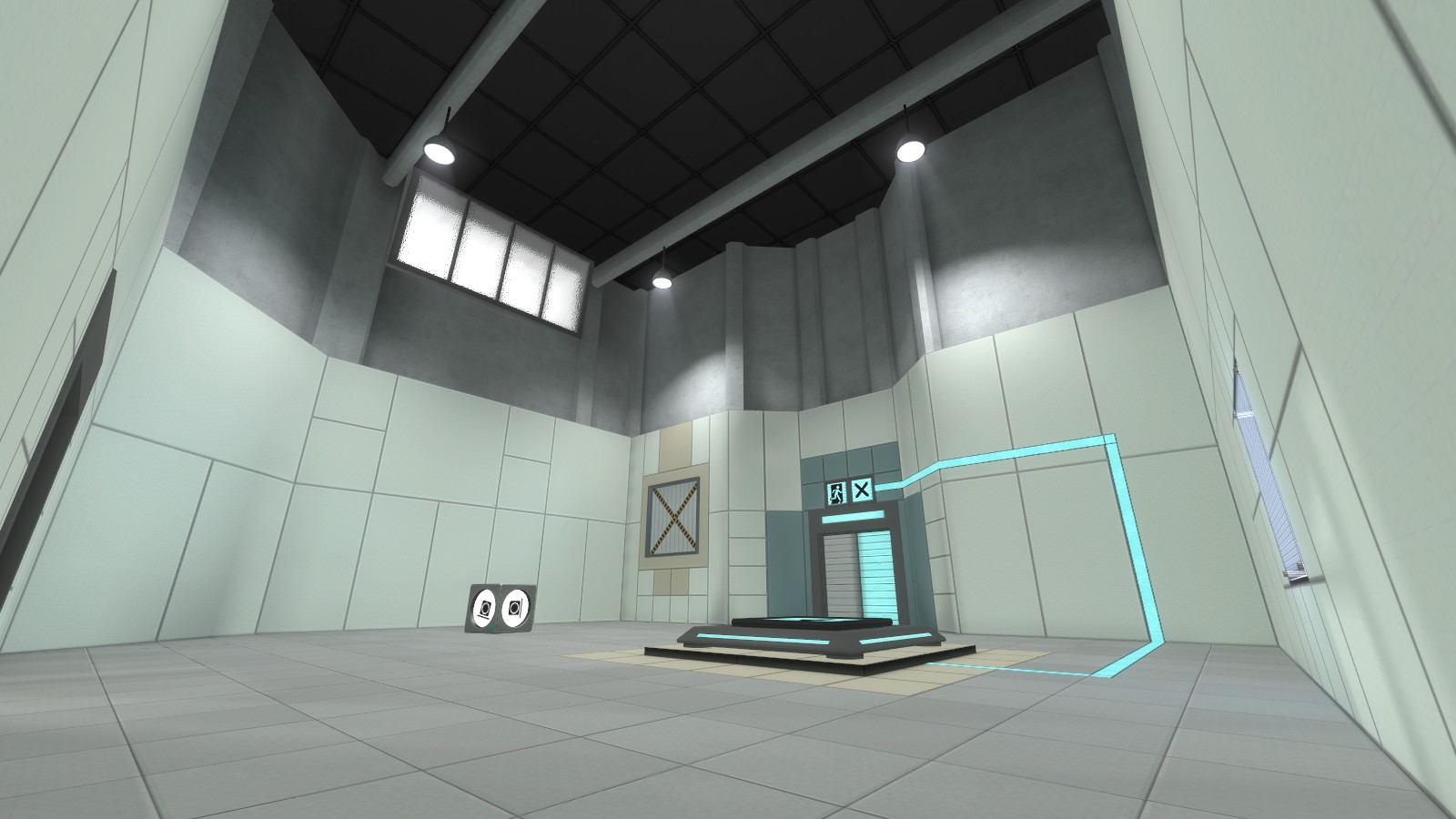 Part 2 will showcase our new and final style. Since we have to redo the mod for the 5th time, it is gonna be a bit. I thought I would post this here to make it like we did not just upload and forgot about it. It surprises me that it took a year to get to this point. Sometimes we forget how much time these things actually take.

"Sometimes we forget how much time these things actually take."
Ohhh boy. I know *that* realization.
Now that you mention it, there is something I wanted to complete a month ago.

I'm looking forward to the final style and honestly hope that you succeeded to "break the Portal feel". I will definitely play it either way, but it would be kinda sad to see that you put one year of work into running in circles and ending up where you started.

The final style will have that Portal feel in gameplay, but it just will not look like a Portal knockoff.

We are not exactly were we started. We went from doubting the concept will be fun to something that works. Also, it gave the mod a chance to see what elements are useful, and what ones were saw once, and forgotten. Hopefully it will for-fill the Promising Tomorrows of this mod. :)

Sound cool to me.
"Inspired by Portal" is okay, but ripping it off isn't. You get what I mean.