The first alpha release showing the basic idea. So here is the first little demo.

Hello Indie DB. I'm proud to present to you the first alpha release. This basically shows the main idea of the game. It's basically a 2D shooter in 3D. You travel through an unidentified space tunnel with a kind of spaceship that doesn't really fly. This space tunnel seems to have a strong gravitational field of it's own.

The goal is simple. Get as far as possible. Your goal is to explore the tunnel. You are given a dual plasma blasters to use force whenever you need to. There are reports of hostile forces that protect this contraption. 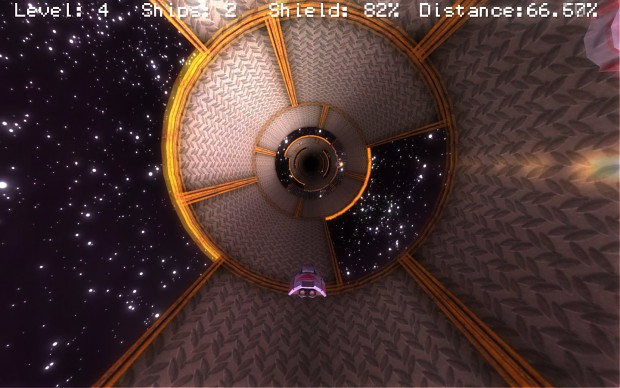 As you progress through the levels things get more and more violent. The levels are randomly generated. In case you're wondering the background is also generated. 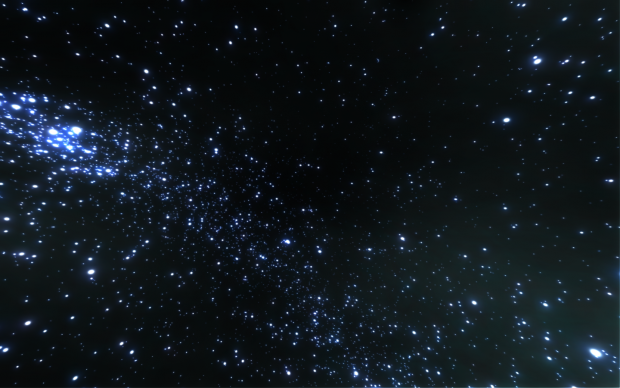 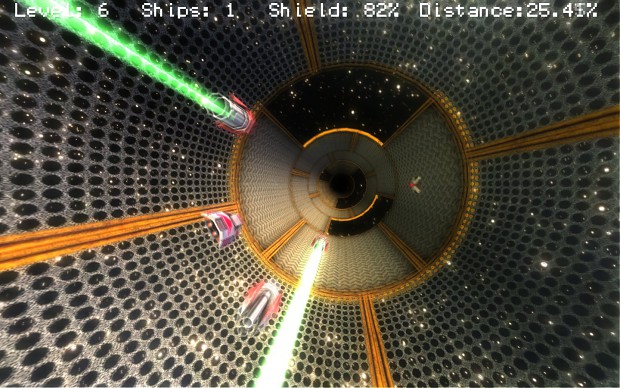 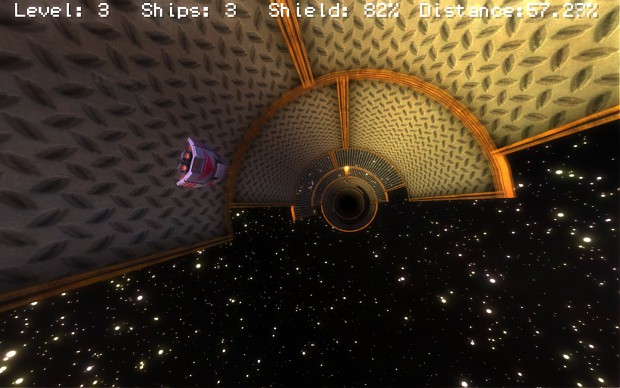 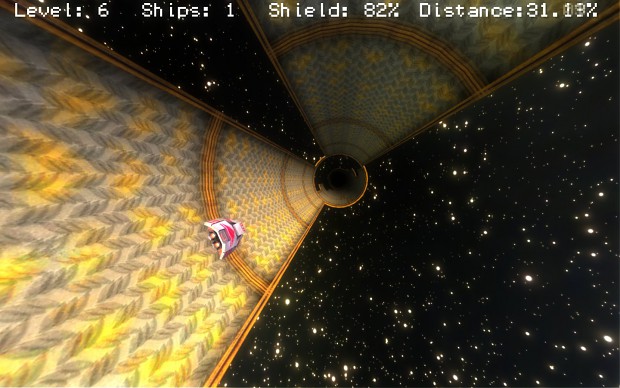 So what's planned for the future?

• Power-ups. I'm planning a basic power up system. You'll be able to grab items that give a temporary boost to speed, damage, health or whatever and also the ability to jump and destroy on-screen enemies.
• Diverse environment. The levels generated are roughly made up of 8 elements and 4 textures and the enemies are mostly added randomly. I'm planning to build a much better level generator that will produce much more variety and filters out game elements for each level and also places enemies so that they work better with the environment.
• More content. There are only 4 enemies. One of which just sits around waiting for you to bump into. I'll be adding enemies that are more dynamic and move around.

How soon? We'll I can't say. Until now it's been only me doing this with no help whatsoever. The game will also be totally free. If anyone is interested in helping me out just drop a PM.

Your input and feedback are appreciated. Thank you.

I remember there was a game like this back in the early 1990s.
Looks pretty interesting though.

From what I've seen at screens, the game looks very similar to Kenta Cho's game name Torus Trooper. I've got to download this one to check this out.

Loved what you've put in the alpha so far, the game manages to be challenging, without becoming frustrating (which is more than you can say about most games around right now...). I especially enjoyed those spinning pieces around level 13-14. =)

reminds me on sonic on SEGA :) old event xD