The first update of The Peloponnesian Wars contains an overview of the Spartan Hoplite unit.

Greece, 450 BCE - warfare is a bloody mess of tradition and innovation. For centuries, the principle fighting-man has been the Hopilitai, or Hoplite. Fighting with doru (spear) and aspis (shield), they are the equivalent of modern tanks on the battlefield. And no Greek poleis has better Hoplites than the kingdom of Sparta. 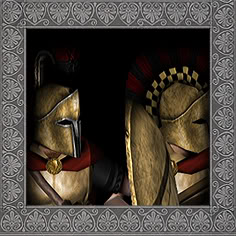 The three stages of Hoplites, from right to left: basic, Sarouter, and Linothorax.All three already have the Xiphos equipped.

The Hoplite Run was, in history, a training exercise practiced across all of Greece once archers from Persia became a large threat to the Hoplites. It was essentially a one-hundred meter sprint intentioned to be made in less than ten seconds - while fully armed and armoured - with the meaning being to reach enemy archers before they have time to get their second shot out. In this mod, the Hoplite Run is represented by the same-named ability, which increases the movement of the Hoplites from a march to a... sprint. 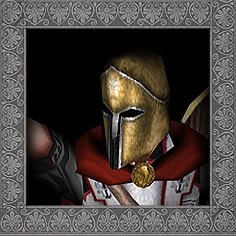 Additionally, Hoplites have three upgrades, though others are still under debate - the Linothorax, Xiphos, and Sarouter.

Linothorax was a thick cloth armour that was lighter, but stronger than bronze. Experimented with across Greece, it was made popular by Alexander the Great and, earlier, Xenophon the Athenian.
The Xiphos was a short thrusting sword made famous by Sparta’s Hoplites. While most Greek city-states had their Hoplites use the Kopis (a long slashing knife) as a secondary weapon, the Spartans used the more efficient Xiphos.

Sarouter literally translates as "lizard-killer". It was a rectangular butt-spike fixed to Hoplite spears, used as a second weapon in case the spear broke. It was also used to cripple enemy Hoplites by crushing their feet as they stuck them out from underneath their shields, like a lizard peeking out from under a rock. 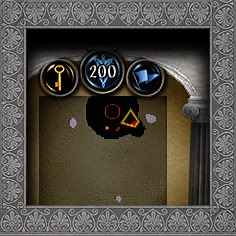 We hope that you enjoyed this update! Feel free to leave comments, suggestions and anything else in this topic. For now, here's a sneak peek at more to come...

Ohhhh sweet jesus... You owe me a new pair of pants.