Explore the dark world of the deep space mining colony Gor Rugi: Forced to work for the government and permanently kept under control, the deep space miners are growing in their anger against the oppressive forces. dhk Games is announcing a Sci-Fi Singleplayer First Person Shooter: Xarelok.

Explore the dark world of the deep space mining colony Gor Rugi: Forced to work for the government and permanently kept under control, the deep space miners are growing in their anger against the oppressive forces. And joining a small group of militarily well trained rebels, you will blast your way out of the mines and escape from the war-torn galaxy sector belonging to the Worrajug Empire.

Built upon the FPSC Engine, supported by a source code modification, this game is out to get technically the max out of its engine, with good environments, high quality textures, vast scripting work, 3D Particle Effects, custom animations and AI, all merged to a fast-paced action gameplay on a fluent, stable framerate. Fight your way through large, detailed levels, and defend your life against enemies who will take advantage of their whole arsenal against you, from small handhelt blaster weapon up to the deadly sniper rifle.

dhk Games is announcing a Sci-Fi Singleplayer First Person Shooter: Xarelok. We've started this indie game project back in November 2009, and we'll keep busily working on this stand-alone action entertainment in our sparetime.

The Mines of Gor Rugi

What we're releasing and going to show you today is our environment concept for the Mines of Gor Rugi. This is the place where the campaign will start. We hope to be able to convince you we're doing high quality texture work and creating a thought-out world design with these shots. They are taken from a conceptional level which will not be in the final game. It was previously meant to be a multiplayer map, but as multiplayer mode is no longer planned for the game, it's left for demonstration only. 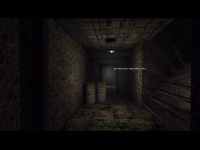 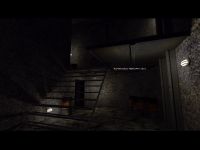 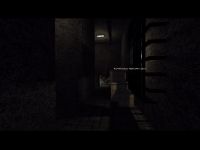 You can see the rather open map design for the fast multiplayer matches it was once meant for. Especially as it was designed as a duel map, it was highly important to us to provide only limited and easy to remember cover points (although they're there). But in the end we decided not to create a multiplayer mode and concentrate on a deep story singleplayer campaign. Xarelok will, however, feature further game modes in addition to the campaign.

Will it be worth playing?

That's what you will finally have to judge when it's out, of course. Whenever that will be. We're doing our best to create an entertaining game with a straight-action character. Reviewing and testing any part of our work over and over during all development stages is something we're really serious about. We hope you'll be tracking us, visit our website and don't forget to participate with comments and constructive feedback.

I'm going to be very blunt with you. Nice concept, but no one takes FPSC seriously... at all. It's too limiting of an engine. All games made on it look and play the exact same way. You won't make anything special out of it.

If you truly have the resources at your disposal to make models and the like, don't use FPSC. Go with unity3D, Ogre3D or UDK. It means more work in the long run, but you'll make something far better than what you can with FPSC. If you're using models from FPSC entirely, then stick with it if you want. But I'd urge you to find a few modelers and move on to a superior engine.

Very interesting mod. Sorta like a side story to Red Faction or Total Recall. I think you should consider looking at who you want to target as your audience: FPS players, 3d adventurers or etc... and pick an engine that has the most players . I can see you using Source Orange Box or Doom 3, Crysis, UT or any other commercial engine that has an established user base.

So long as you're not going commericial, you are free to develop on those engines and hope you can leaverage those communities to build your fan base.

Crates and barrels : there's no doubt, this is a next-gen game!

Thanks for your comments.

wbokunic, saying your oppinion reflects the whole community is indeed a bit blunt, don't you think? :)

This is not going to be a next-gen game, no question, but hopefully an entertaining smaller indie title; although we are not following the UDK hype we are aware and part of. ;)

It's not really just my opinion when most modders/developers who are aware of FPSC think it. FPSC is like RPG Maker 2000. It requires neither skill nor effort to make something, and what is made generally is very sub-par. Usually because the graphics are all provided freely by engine, or at a low price (such as FPSC).

As such it's a huge waste of time to make something on FPSC, especially on moddb. Not many people will download it. If you're in need of an easy to learn engine that gives you creative flexibility, just go with Unity. It's very simple to learn, yet vastly more powerful than FPSC. Though you need to do your own models, can't go borrowing from FPSC (different formats).

In some points I do even agree :) FPSC tempts to make something out-of-the-box. But I do say with the lately upcoming source engine mods, it does allow to make something solid out of it, and I've seen examples of that.

The points are clear, leave space for more feedback please ;)