With all this talk of new maps, Singleplayer and Co-op Modes with the release of 1.5, it is too easy to forget that there was already a wealth of maps available within First Strike before this, after all we did put out our first public release over 3 years ago. So just what do you get with First Strike? Well to start off with too many authentic Star Wars weapons, vehicles and gadgets for me to go into in detail on here, so head over to the First Strike Wiki for stacks of information...

With all this talk of new maps, Singleplayer and Co-op Modes with the release of 1.5, it is too easy to forget that there was already a wealth of maps available within First Strike before this, after all we did put out our first public release over 3 years ago. So just what do you get with First Strike? Well to start off with too many authentic Star Wars weapons, vehicles and gadgets for me to go into in detail on here, so head over to the First Strike Wiki for stacks of information on what is available, not to mention suggested tactics and strategies for maps laid out by First Strike veterans to help out new players with the best ways to tackle the many maps that are out there.

What I will do as we look back however, is list the many maps available within First Strike and highlight the broad variety of locales we visit, after all the Galaxy is our Battlefield. So lets start off with the maps we launched with way back in September 2007. Our opening salvo was a nice mix of all the things that make First Strike the unique Battlefield mod that it is, authentic Star Wars set infantry maps, space maps and key movie event based maps such as Escape from Hoth and Endor Strike Team. A good selection for launch with many maps still proving to be Community Gamer faves to this day. 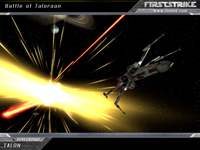 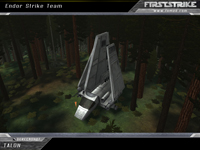 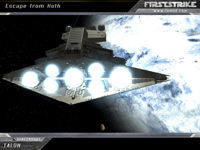 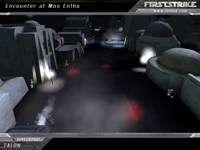 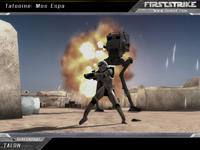 Then in May of 2008 we followed this up with the strong 1.2 release which built so much on what had gone before adding 7 new maps and 7 new vehicles to the mix, this release was positively bursting at the seams, introducing First Strike players to their first combined arms experience in the mod with the Battle of Ryloth map, a further selection of more vehicle heavy maps, and the highly anticipated movie event map the Battle of Yavin. 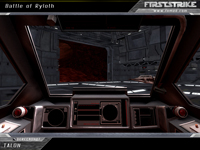 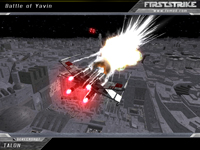 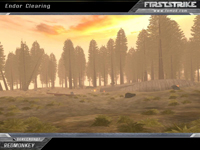 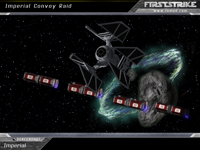 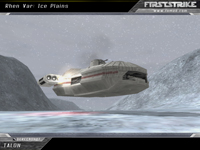 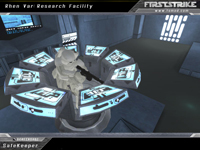 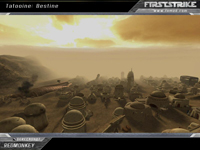 This was followed soon after by a bug fixing 1.3 release, and then before Christmas of 2008 we brought out more new content with 1.4, an interesting release due to the source of some of the content, Community Members creating their own First Strike maps, the best of which were selected and further honed in conjunction with the FS Dev Team for release, this also saw one of these Community Members join the team as a fully fledged FSDev with the release of his successful Null Sensor Station map which included a full new Imperial installation that he had created from scratch, people who follow the mod will know that he then went on to be the lead creator behind the current fan favourite Jundland Wastes. 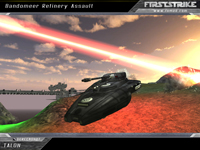 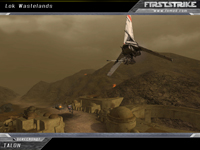 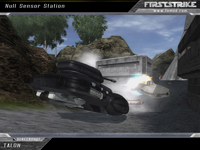 Now we come pretty much up to date with the release this year of First Strike 1.5 with the aforementioned addition of Co-op and Singleplayer support and two fine maps, one that sees us bid farewell to Tatooine in style (after all this is our 4th Tatooine map, we'd had enough of sand by this point) with a map bursting with new content and fanboy pleasing details. 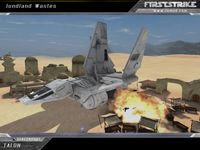 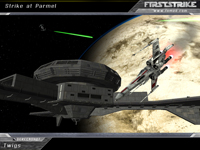 And so now we look to the future. 17 maps, that's a whole lot of content, bit of an odd number though, I'd rather have a nice round number like say 18. But what should that next map be? Well there is only one map you guys have been wanting to see, we've been promising it for a long while now, and it is high time we delivered on that promise. So no more distractions, no more side projects, we're going to give you people what you want, and as far as First Strike is concerned 2011 is going to be all about the Hoth. 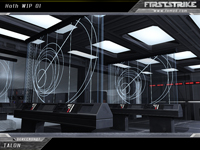 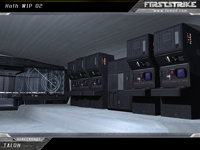 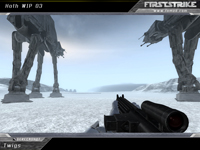 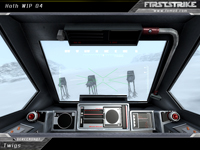 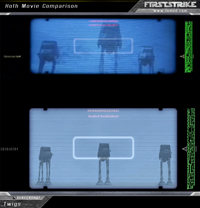 So if you have the skills and you want to be a part of creating the best in game multiplayer depiction of that most iconic of Star Wars battles, the Battle of Hoth, head over to our forum's Recruitment area, we're going to make this happen, and it is going to be big.

Finally, thanks to everyone for your continuing support over the years, if it wasn't for you guys playing and enjoying the mod we wouldn't still be here doing what we do.

It is also very gratifying to once again find ourselves in the Top 100 Mods in this year's MOTY Awards, it is always nice to have our hard work recognised and makes the blood, sweat and tears we shed all the more worthwhile.


Thanks once again for your support, and...

See you out there Troopers!

Well since they wouldn't make it somebody had to.

In all seriousness though, despite the Star Wars trappings I think you'll find our mod quite a different beast to the Star Wars Battlefront games (though I was a big fan of them back in the day). Our mod focuses more on strong teamwork and tactics, this results in a much less arcadey experience than the Battlefront games.

Try us out and find out for yourself.

This is basically what Project Reality would've been like if it had a baby with Star Wars.

How come there are no lightmaps on the deathstar?

I wouldn't go that far, heh, we're not quite as hardcore as that.

Regarding the Death Star surface, we had to drop the lightmaps from that due to the complexity of the Death Star surface model, it just created too much of a strain client side when we added lightmaps. Without them you got a much improved framerate and it allowed us to make the map playable for a wider variety of players. So slightly less visual pizzazz, but much better gameplay because of it. Sometimes these sacrifices have to be made, and believe me the Death Star surface still looks incredible.

Man, if DICE would finally come through and release the new patch I could finally play again...
Already voted for you guys :)

The community event nights have been happening every Saturday and Sunday evening for about 2 years now. I don't see why we should have to put up a newspost for it every week when its been a regular part of First Strike for so long.

Posts for the Community Nights are only placed when the player numbers turning out to the event drop.

In other words, the commmunity night has ALWAYS and WILL ALWAYS happen EVERY Saturday and Sunday night from about 7pm GMT.

I can't find my battlefield 2142 Box with the Cd Key in it, and Steam doesn't offer 2142 for some reason. I miss playing this excellent mod.

I need to find the spare cash to get 2142, I'd do it just for this mod. The whole thing looks just completely awesome.

Dunno what the price is in everyone else's part of the world, but you can now buy 2142 on the EA download store for a very small amount. The advantage is that your cd key will never be lost again!