Bringing you up to date information on what is happening around the Galaxy, and in the Federation itself!

Welcome, citizens of the Galactic Federation! This is the official Federation News Channel! Tune in to find out the latest news concerning the Federation, or anything else of interest in the Galaxy. We shall keep you up to date with all major events, no matter their nature and we shall be as honest as possible whilst doing so! Only the Truth for citizens of the Federation! 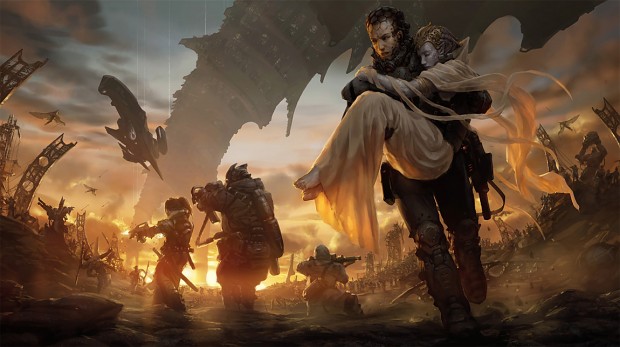 The War against the Empire has taken its toll on the People of the Galaxy. Although the Mandalorians fought bravery to liberate the planets now under Federation control, much damage was done to many innocents, and not just inside the Federation. Many planets have had it hard, either charged with treason against the Empire, attacked by pirate raiders or massacred by the Mandalorians, such as on Tund. Kuat has also suffered greatly, the entirety of their shipyards were sacked and destroyed by the Mandalorians for reasons unknown. Head of the Federation Council, Jedi Master Fai, has yet to comment on this, but the Kuati People are demanding retribution at the destruction of their precious shipyards. They are being reconstructed, using funds from many sold Imperial equipment. Many other planets are also receiving aid, in fact, most of the funds the Federation currently have are being put into restoring the infrastructure of its Sectors and helping its People to get back on their feet.

Master Fai, however, did give a brief speech on the current situation, and his hopes for the future:

"The Galaxy is getting back on its feet. The Empire, and the Sith ruling it, have been brought down. Coruscant itself is experiencing huge amounts of infighting from Imperial Loyalists and Separatists, and I fear millions, perhaps billions, of innocents will fall victim to that particular battle. All War costs innocent lives, and I cannot stand the blood being shed right now, as I speak. But this is a price the Galaxy must pay. A price we must pay. Fear not, though. After this, no more Wars. Perhaps it is just the dream of an old man, but I shall do everything in my power to ensure the Federation lives a peaceful existence, and I shall try my best to ensure that no harm falls upon other innocents in the Galaxy. If we work together, we can, no, we will succeed in making the Galaxy a better place to live. Thank you."

Obviously, we hope Master Fai is correct and the Wars will come to an end. Ironically, after that speech, he set off to Bothawui to liberate the planet from the Imperials. All of us here hope he succeeds in liberating the poor Bothans. We hear the Empire was quite harsh with them...

That is all from us, now. Tune in next time as we interview General Tyria Yunel, Commander of the famed Antarian Rangers, as we ask her the part the Rangers played in the Resistance and the part they are playing in the Federation. Good bye, Citizens, and Long Live the Federation!

Ah, you beat me to it. Was gonna launch my new HoloNet channel tomorrow xD

Not much to look at, but when I do over-complicated stuff I end up messing everything up and deleting loads of text...

The articles here on Moddb are insane sensitive and weird.

Change the size of some text, re-do all text colors because that resets. Change the position of images, insert another image. Go re-do image positions..

The list just goes on and on... A good idea is always to save the HTML whenever you have done a lot of progress. Much easier to fix everything if you can just go back to a previous point.