Announcing the Crossover Cards Mod for Artifact! This mod will replace most of the cards in the game with characters and items from Valve's other hit serieses!

Welcome to the Crossover Cards Mod! The very first Artifact mod ever! This mod aims to replace almost all the cards in Artifact with characters and items from every other Valve game.

When Artifact was first announced by Valve, people weren't happy. People were actually in denial. I mean, after 12 years it's a multiplayer card game? And it's in the Dota universe? Ugh! I must admit, I was one of those people, and as one of those people who were in denial, I was invested in theories about what it could end up being. One of my favorite was the theory that they could introduce card packs based on their other franchises. It would be a great idea! It could become a crossover game for Valve characters, like Super Smash Bros.

Obviously none of that happened, so I set out to make a reality!

Eventually though, I bought Artifact on day 1, despite my despair surround the game, and I ended up loving it! I love the gameplay and the art and the music, it was all just so well done. To me, it really did feel like "the Half-Life 2 of card games," -Gabe Newell. But of course, not everyone felt the same, and the game quickly died off.

I was playing Artifact one day, thinking about those theories that it would become a crossover, and how if it was, would people have stuck around and gave it a shot? And then I though "I mean, it's all just pictures and text files, right?" (Turns out it wasn't that simple) "Why couldn't I try replacing the existing cards and turn it into a crossover?" And then I immediately started writing down ideas, starting with the poison zombie from Half-Life 2 replacing Venomancer. 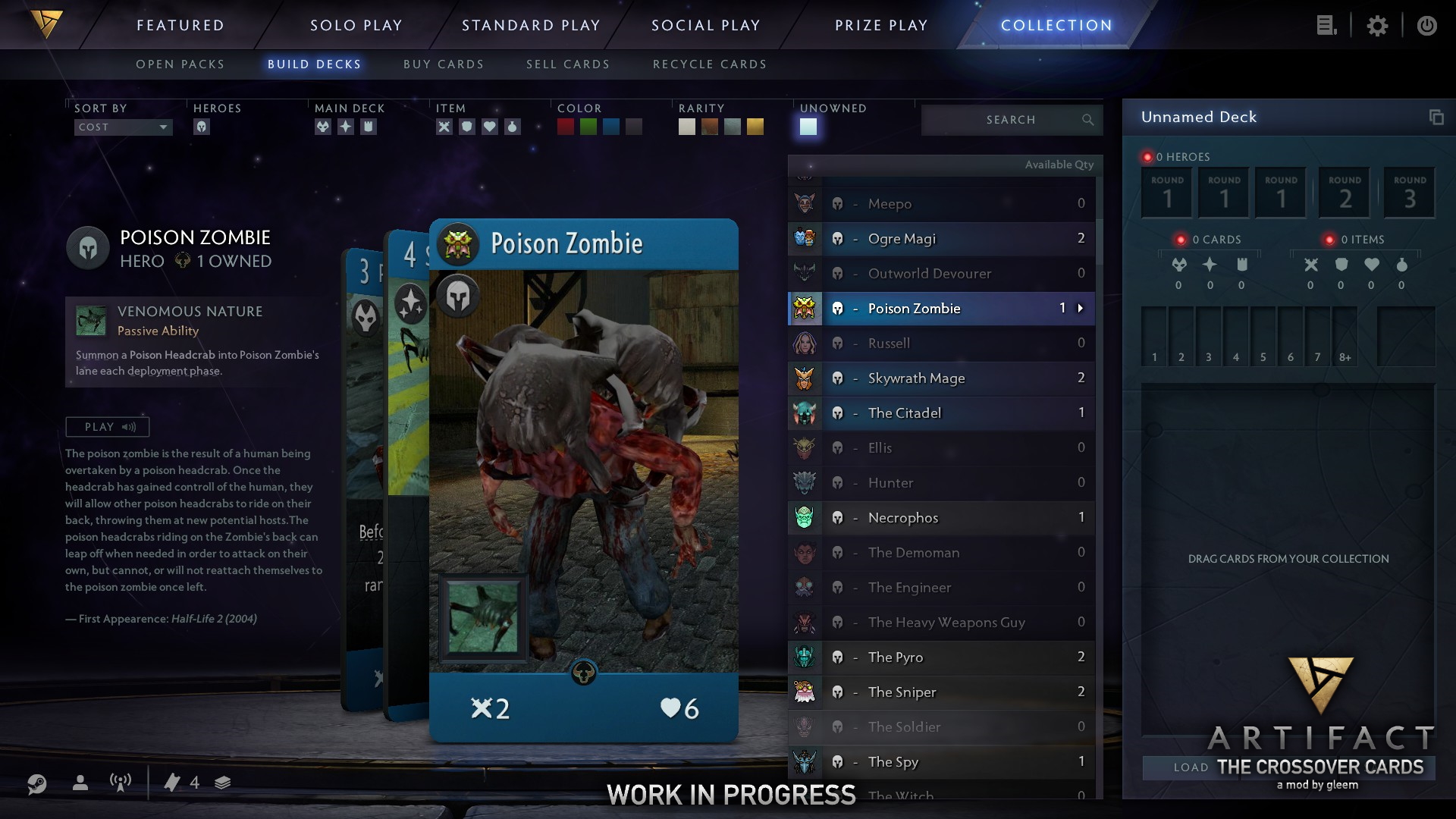 It just makes sense! Like how Venomancer summons plague wards every round, the poison zombie from Half-Life 2 is known for throwing out multiple headcrabs during combat. And plus, the plague wards even shoot out acid, just like the poison headcrabs!

This was the spark that ignited this project, and what led me towards today.

I'd say I'm doing about 5 cards a day, depending on what I'm focusing on that day, like items or icons or descriptions ect.

I would say I'm currently, as of July 10 2020, about 10-20% done with everything after working on it for about a week, and maybe about 50% to the point that I might do a beta release, if this project gains enough traction and you people really can't wait for it or something. And I also might need help playtesting to make sure I've polished everything up and there's no errors.

Currently, my only goal is to replace images and text, so you'll have to play with unit voices off. Replacing voices and sound effects would totally be possible, but currently there doesn't seem to be any way to convert mp3's to Source 2's priority sound file format. If it was possible, I would absolutely do it, but I can't. (Update: I figured it out! Sound effects and voices are coming!)

Anyway, that's all for now! I won't really be doing these posts like this unless there's been some big new development. Thank you for reading!

I'll leave you with some screenshots. 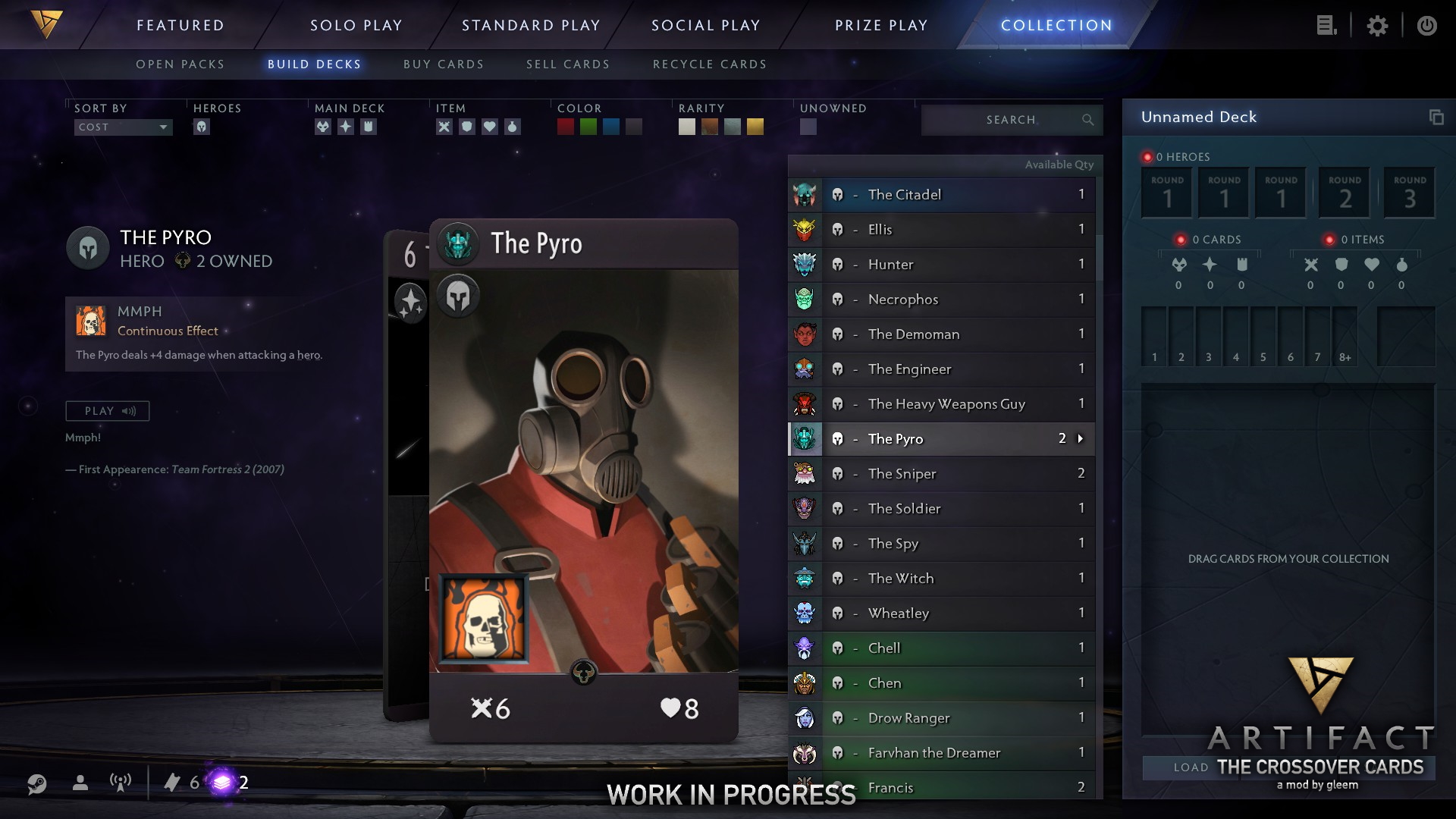 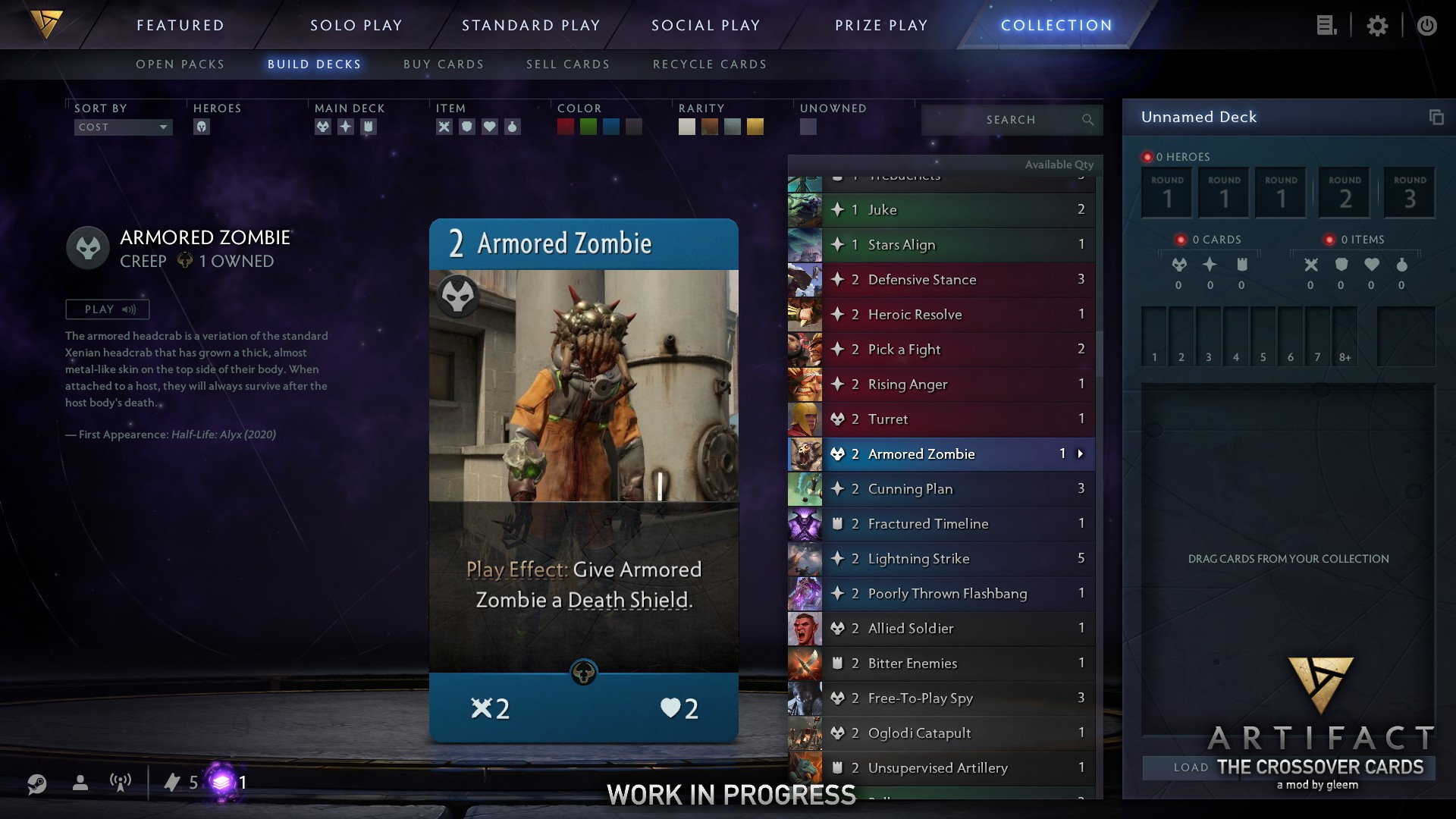 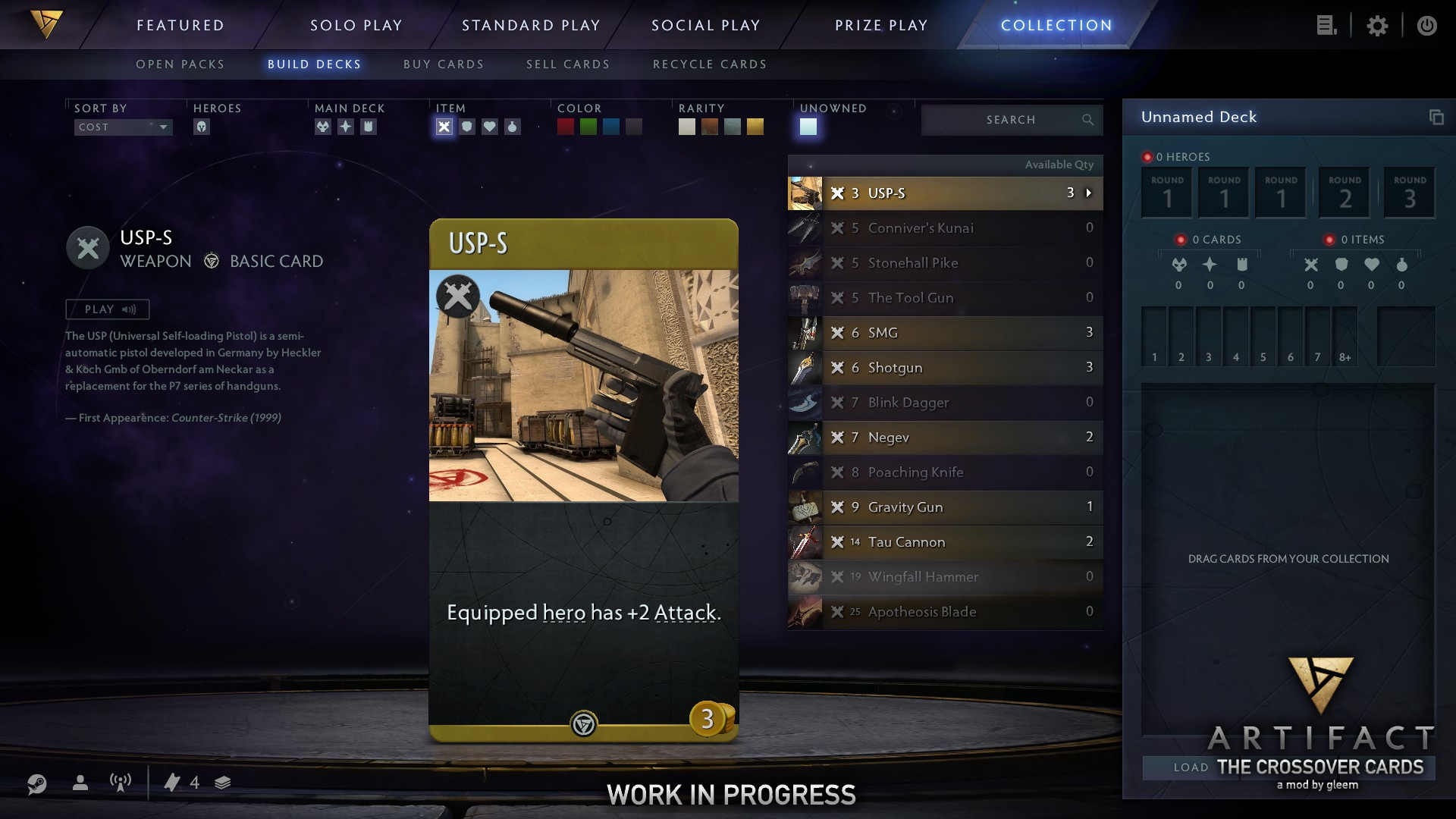 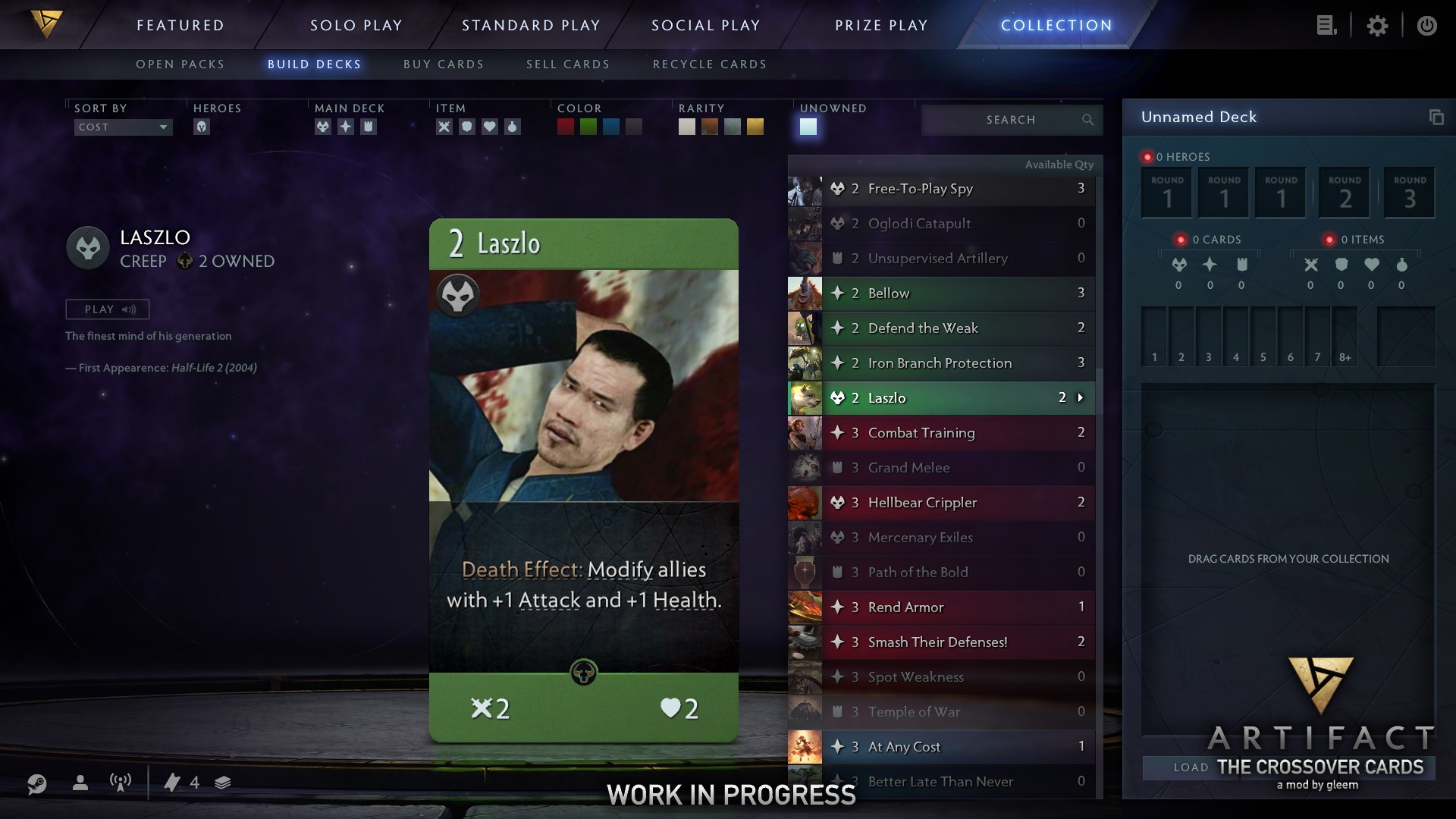 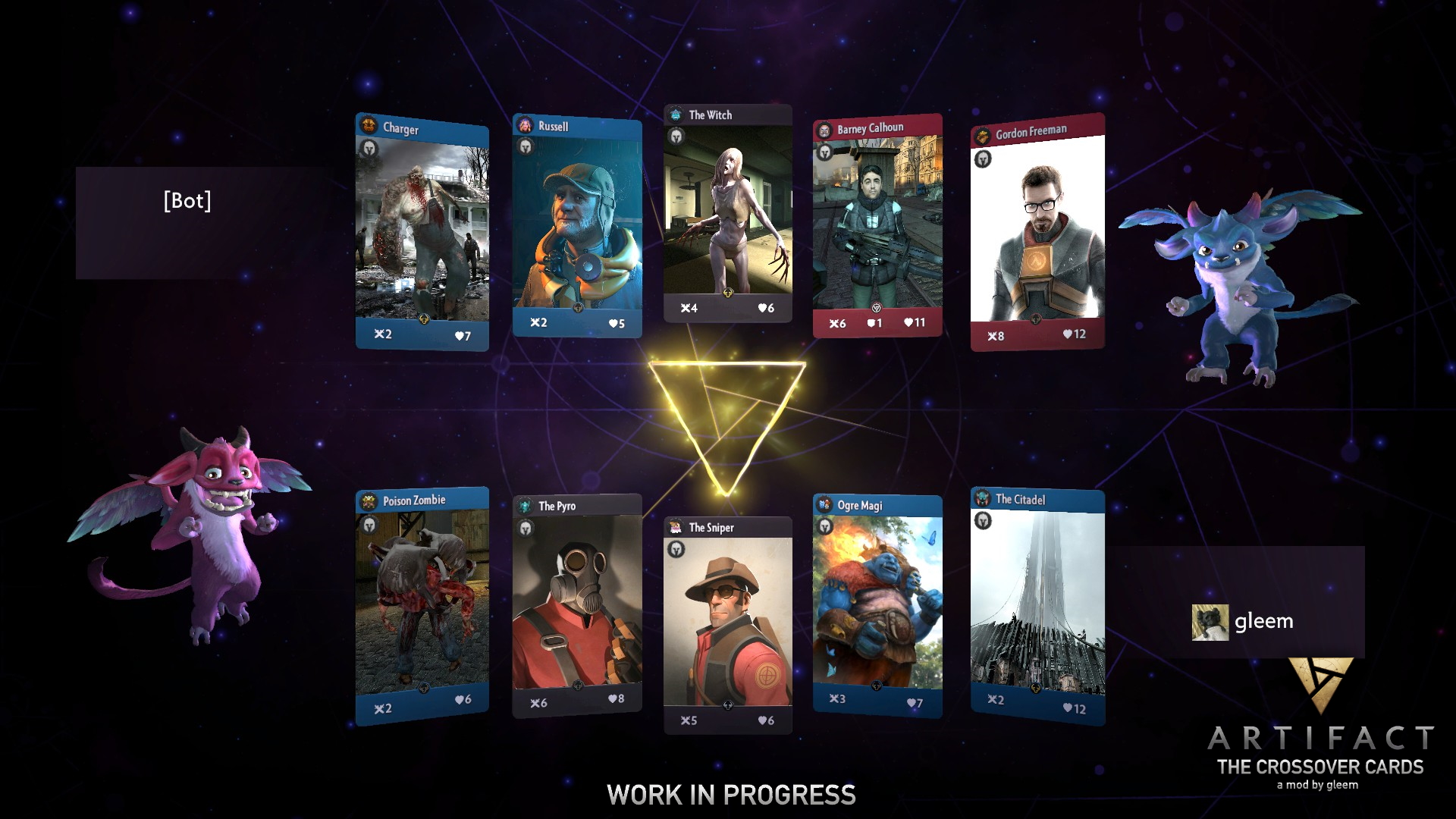