Shortly after having secured Best FPS Mod in and three other prizes in the last round of MSU, we are announcing our 4th episode of The Ball: Hueca (far, distant)!

Before the actual announcement I would first like to say the team is very happy with our perfomance in Phase 3 of the MakesomethingUnreal contest!

We now hold 8 Top 5 positions within the contest, in 3 rounds so far, including 4 first places. With just 1 more round to go and then the grand finals the contest really entered its final phase now, and it is getting serious! This grew from a 3 team project with 1 little level, and no enemies to pretty much a full fledged game in which we invested 1.5 years of work with a dozen people. Our ambitious have grown from a hobby project and a way to keep ourselves busy to some very serious goals. Plenty more to come!

Hueca (far, distant) will be the 4th episode. To be released in little over one week from today, Hueca will be a one level extension to our adventure, but it will be a really large level. We estimate it will take people close to an hour to play through and explore. We only had three short months to produce this but I feel we have done more than ever, at a higher quality than ever, and we managed to add a range of fresh new elements to the gameplay and will certainly carry on doing that. Gone are the days of just rooms with puzzles. The design is getting mature.

Hueca takes place in a gigantic cavern with three large pyramids. Inside each pyramid are a whole bunch of puzzles and enemies. The player will travel over the desert using a large ancient vehicle that uses the Ball as its powersource. 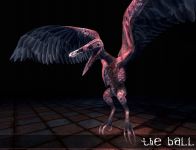 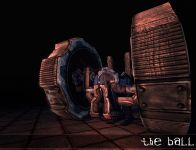 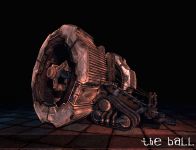 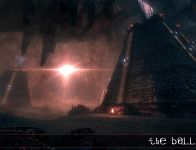 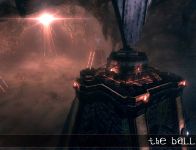 Our team has grown too. Mike Hillard joined us as voice actor, and Charlie Baker as an artist. He worked on the vehicle and did an outstanding job on it.

Also if you come across an article about us in printed media, please shoot me a mail and tell me about it! It would be much appreciated.

Looking forward to this installment guys :)

It's becoming much more then the physics based puzzle mod it once was.