Finally! The TechDemo++ is finished and ready to test and play! 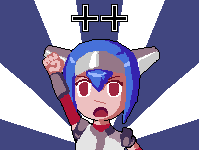 Finally! The TechDemo++ is finished and ready to test and play!
The last week we worked very hard on the game, fixed bugs added new features we wanted to see in the TechDemo++ and we did it!

First, we want thank all our supporters and players for helping us making the game as great as it is and we hope you will continue to help us make the game better!

But enough of the sweet talk, here is the link to the new TechDemo++!

So what changed? Have a quick look at this Changelog:

As you can see there are indeed a lot of changes! We had a lot of great feedback and implemented or fixed bugs which where mentioned by the community!
So now have fun playing our new Demo!

I played it (on Firefox 19.0.2), and it was nice - each level introduced a new gameplay mechanic, yet everything felt natural and logical. Personally, I found myself enjoying the puzzles more than the encounters, but both aspects were overall well balanced. The demo was fluid, even with more than 10 other tabs open, and the controls responsive. A few fps dips/freezes occured, maybe for a second every 2-3 minutes, but they were not punishing as the game doesn't continue as long as it lags (which is very good and helps lower frustration). The art was also well done, providing a nice background for all the actions and the puzzles, without ever distracting me. One thing though - 5 stages are okay, but in the final game I think it'd be interesting to see a little more variety in the art.
One other remark would be the character development. I didn't feel anything for the girl, it was merely the object that carried out my input, and could've just as easily be replaced by a robot or anything else, without changing my emotional investment in the game. That doesn't really matter as long as the gameplay stays as interesting as in the demo, but it might be good to have a minor story background in the long run.
All in all, it looks promising, and very well polished. Puzzles are clever enough to keep the player occupied, and enemies provide a good challenge as well. Good luck for the rest of development, and for a possible WiiU release.

Thanks for the feedback! We do plan to have a story so the TechDemo really just shows the tech and the gameplay. The plot will resolve around the characters of the game so we hope people start to like or hate some of the characters like we plan :D

As for the tileset. The game will be build as an RPG with lots of places to go to. The cargo ship you walk through in the TechDemo++ is just one of these places!
The same goes for the puzzles. We plan to have a lot of puzzle elements and are now working on implementing them.

You can read this in our new weekly update here on IndieDB, but sadly it got archived (I think we made something from, but not quite sure what :D)

Firefox is currently pushing HTML5 a bit more again so the short freezes might be resolved by a next update!