A brief overview of the game, what's been updated and the behinds of the design decisions of the game. I'll try to be as thorough as possible. I'll also mention that as I am a 1st year games dev student with plenty of assignments and a part-time job, time to dedicate to this project has been slim, but I believe that the time I have spent on the game has been delegated well and I've produced something I'm pretty proud of.

MISC AND DEPTH FIX
The existing levels have been slightly changed, various bugs that aren't worth their time in text have been sorted. These changes include a fixed depth for platforms and kill areas, as previously they would be pretty random in terms of what would appear over what, and lead to an inconsistent feel with the game, so now platforms appear above any kill areas of the same space so the player can spot the less obvious black areas of the screen in the midst of the overpowering red (in most cases).

TURRET ADDED TO LEVEL 1
In addition to this change, a turret was added to the first level. I know that the first level is very easy, and it was intended to be in order to make sure they most basic mechanics are conveyed properly to the player before ramping up the difficulty. But this area, in particular, was too easy. So adding this makes sure the player is thinking about stopping before they hit the turret's line of sight whilst still being mindful of the kill areas. A final edit to an existing level is the fact that multiple keys must be collected 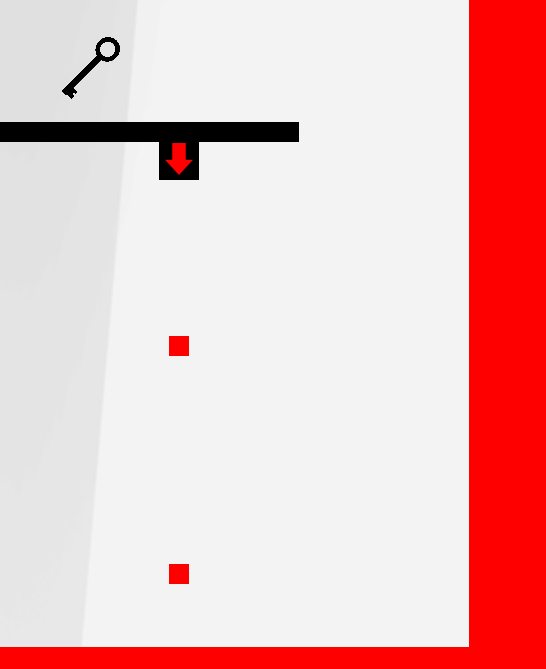 MULTIPLE KEYS IN LEVELS
A final edit to an existing level is the fact that multiple keys must be collected during the second level. A small change to the scripts was made to enable this, as I wanted to make sure that the player goes to the platform near the added key, as it is intended that the player uses this platform to get through the tight exit with ease. 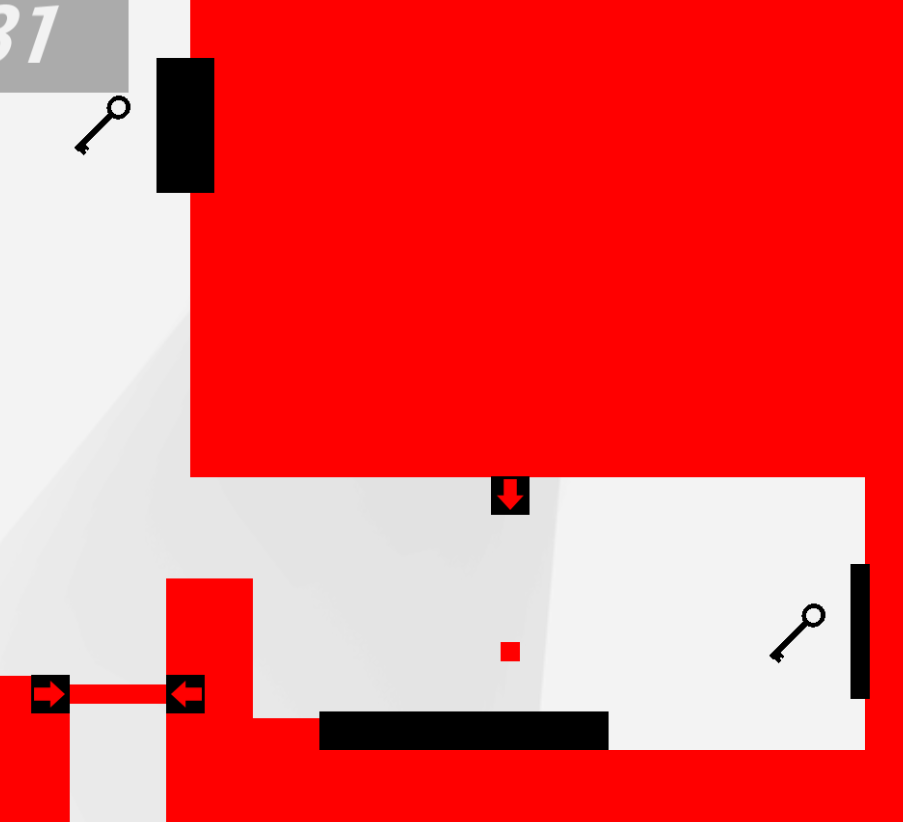 NEW LEVEL (LEVEL 3)
More obviously a new level was added. Level 3 introduces a new mechanic, the elegantly named 'Expanding Kill Areas' grow as time passes, being quicker/slower depending on the fall speed of the player. This is a mechanic I wanted in the game from the beginning as it adds another layer of time pressure to the player (when they're falling). It has the power to make sure that the player has to prioritise one area of the level to grab a key first; decision making at its finest. This level makes use of three different keys, the one at the top is 'more necessary' in terms of gameplay, as it tells the player that they must go to that place, and looking at the EKA (Expanding Kill Area), urges the player to make the right decision and prioritise that key. The next two are mainly to help guide the player back through the rest of the level without too much hand holding. 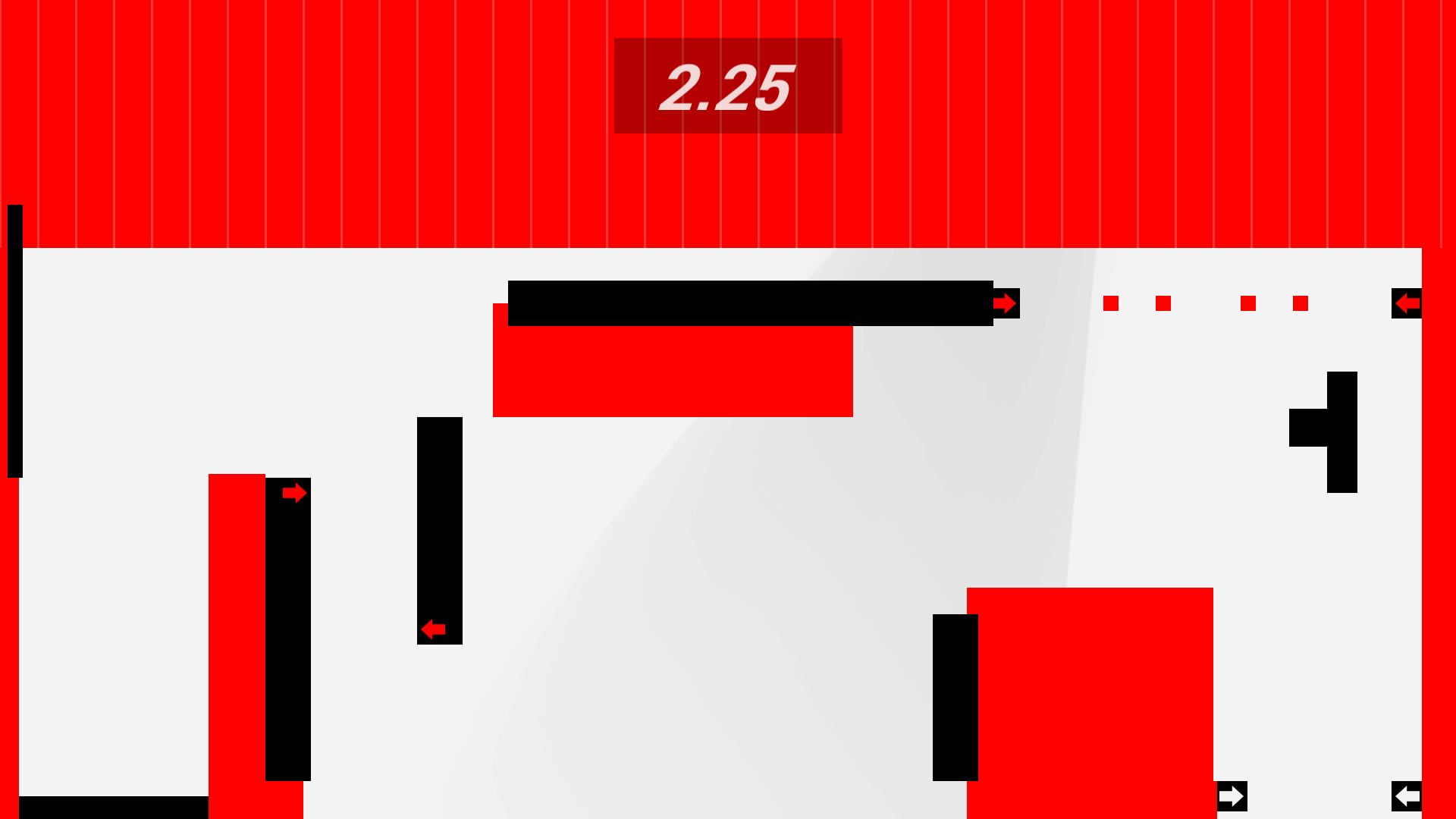 FURTHER IMPROVEMENTS
As of writing, I have noticed a major flaw in the third level: the bottom of the level is not closed off to the player with a kill area or platform. When the player leaves the bounds of the viewable area, the game thinks this is the player completing the level. This means that this flaw allows players to just leave the level without actually playing it and to just complete the game; this will be fixed as soon as I get a chance to. 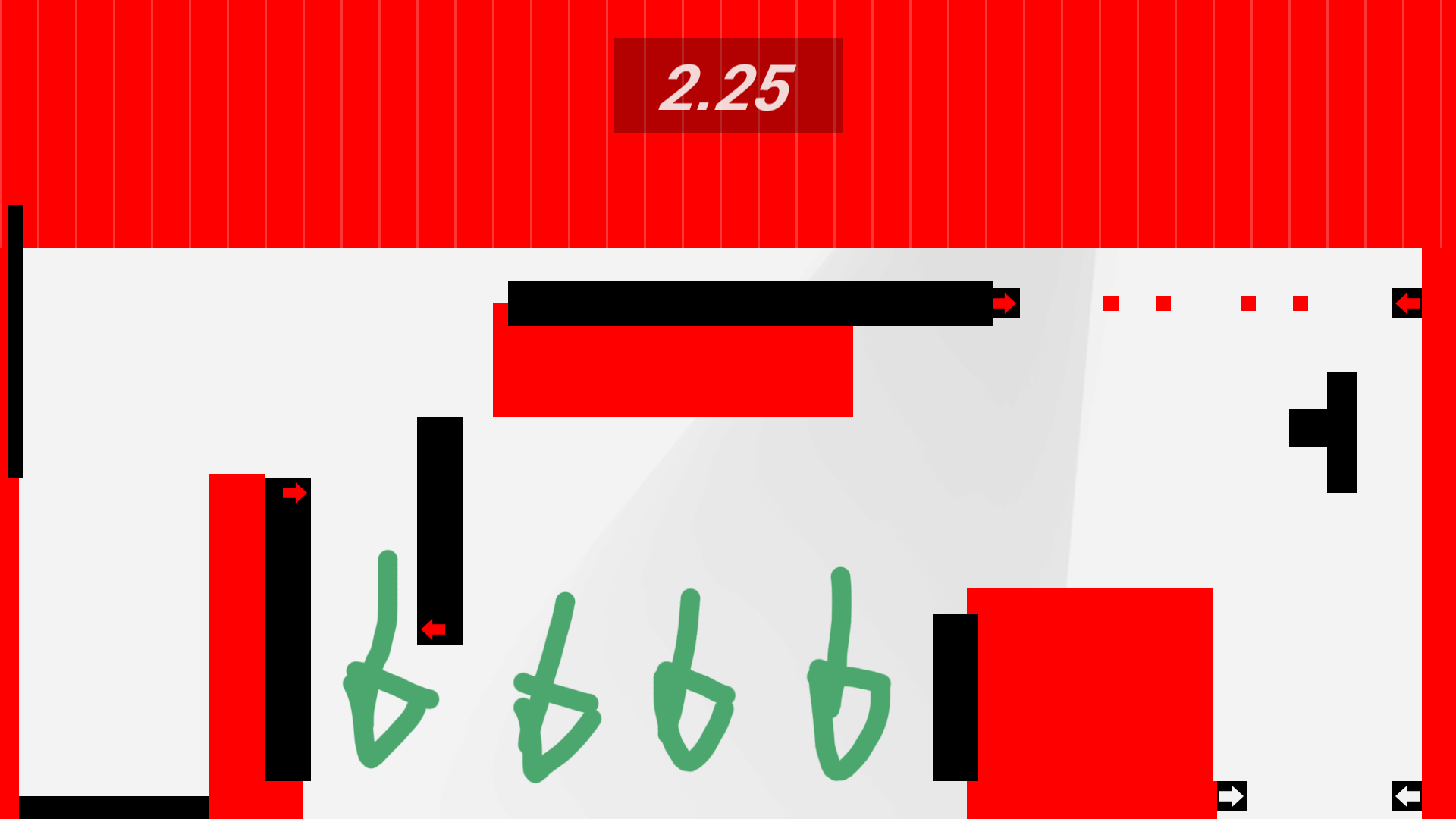 In addition to this, in the second level the exit 'gate's right turret has a weird red block underneath it that's viewable when it's inactive. I believe that this is an instance of obj_projectile that has been accidently placed and will also be removed as soon as I get a chance to; as far as I am aware it does not affect any gameplay during the level. 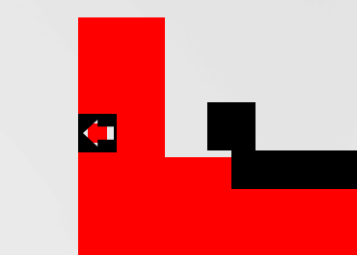 Finally, after observing some play testing, some players didn't know about being able to use the A/D keys to move the player and tried to play the game entirely with the gravity controls, at some point I need to think about some explicit ways to make sure that new players know the controls.

Time! The game is surrounded by this theme of time and it was about time (see what I did there lol) that a timer was added. I noticed when testing the game that it was possible to just spam the gravity keys and basically remove all challenge of some areas of the game, this helps deter some of this playing style because the more the player manipulates gravity, the faster this timer decreases. When the timer hits zero, the level is reset.

The game allows for custom time limits to be added to individual levels, and I don't think that the current time limits are appropriate for each level right now; more testing will need to be done to make sure that these are tuned properly (challenging but not too difficult).

TITLE SCREEN CHANGES
The title menu is (mostly) unchanged although I have added my Twitter handle in the corner (#exposure or what?) and made the background slowly scroll to give some life to the screen. 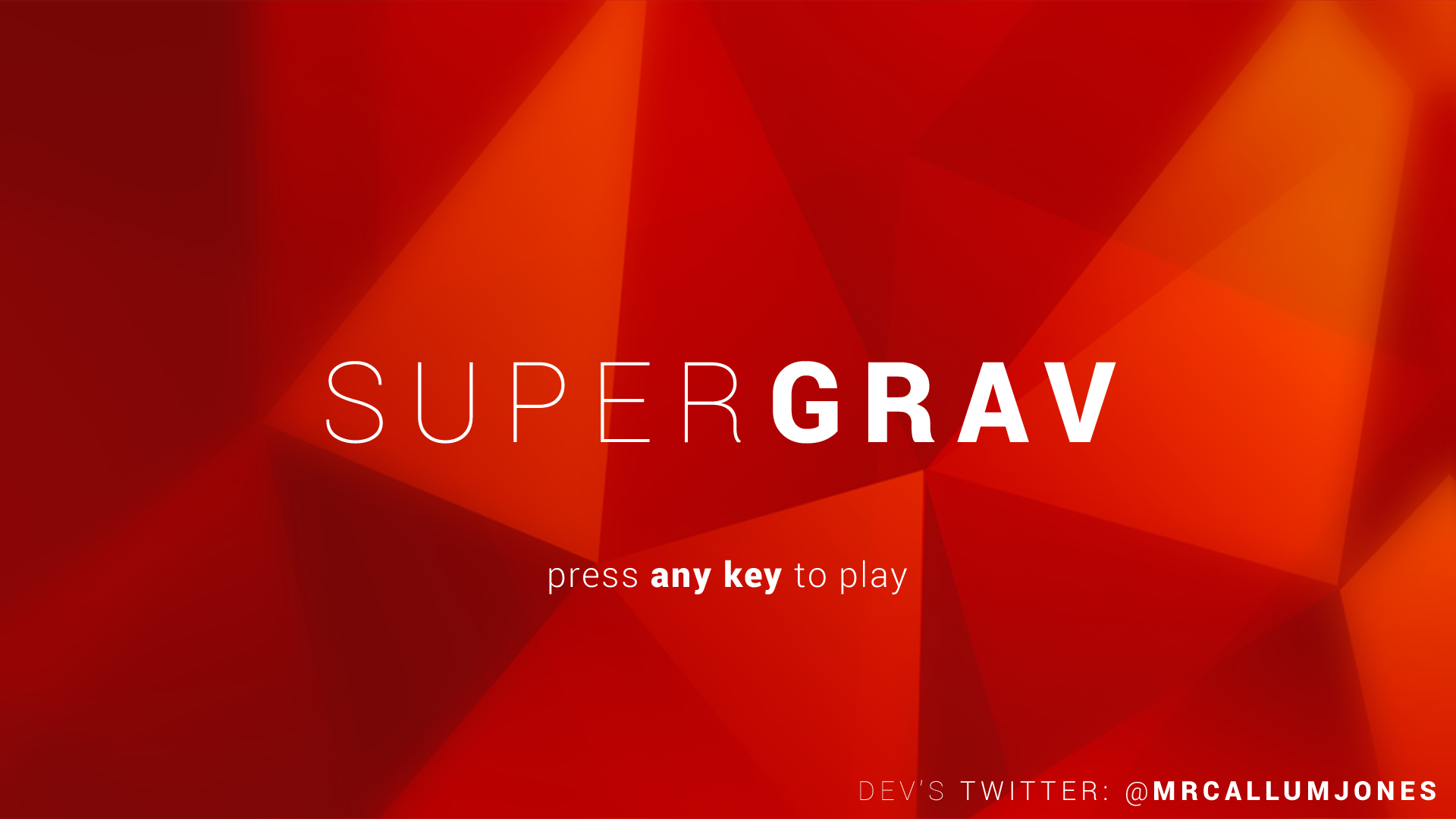 THE END SCREEN
More interestingly, an 'end' screen has been added. When the player finishes the last level in the game this screen appears and displays their in-game time. On an impact/effort scale, this was pretty easy to implement into the game and I thought that it would be a great way to add some replayability and competition to the game. Time is an important factor (duh) in this game, so being able to pull off a level with such precision that you can beat your friend (or even yourself) can really add to the whole experience. 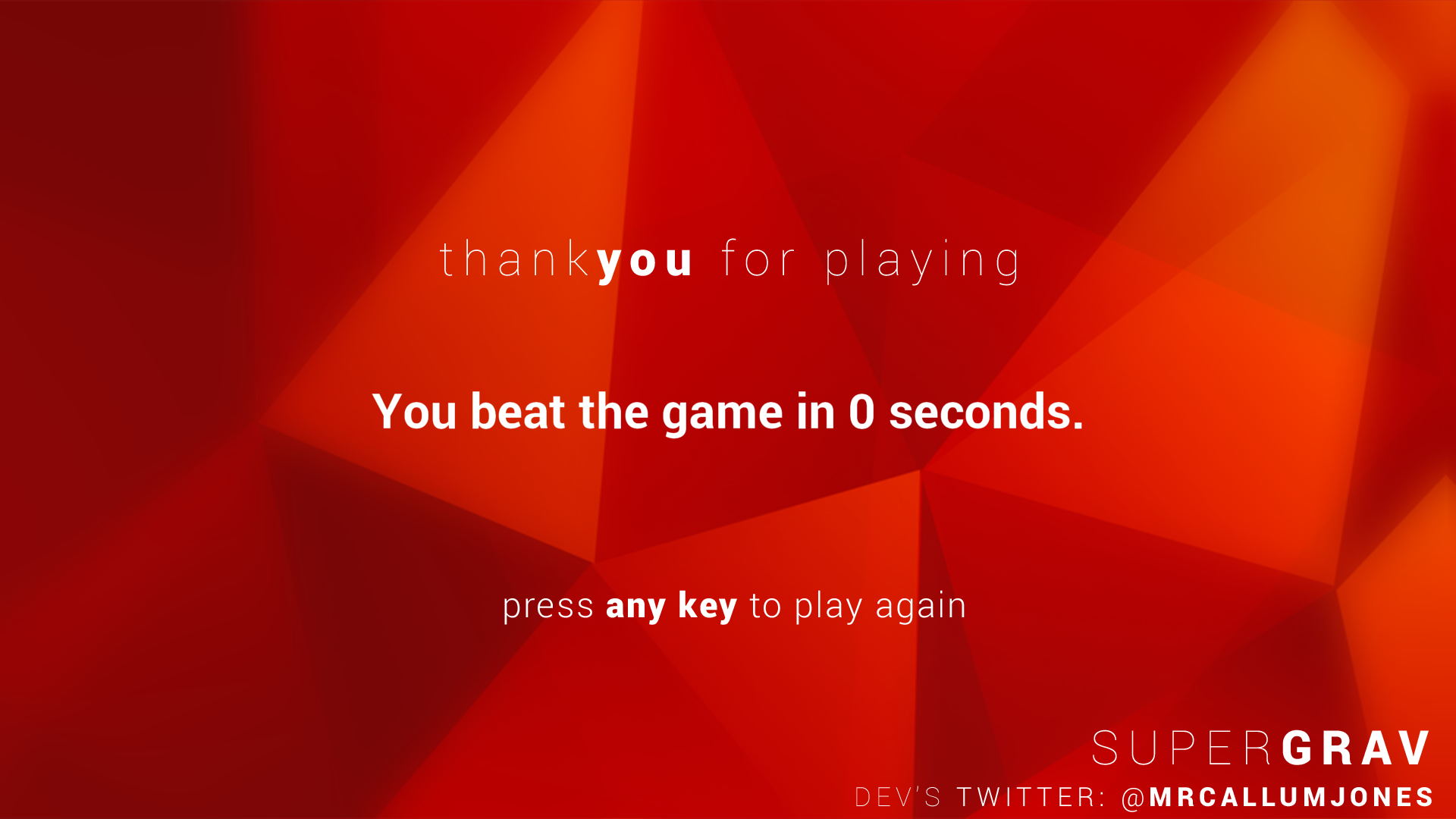 WEIRD BUG
I am indeed aware that if you wait a bit on a menu, a white verticle line starts scrolling across the screen, but something like this is not my priority this close to the end of the competition.

It's way too late to add any new mechanics, so the main focus from here is to add more (good) levels, fix the bugs listed here and any that are discovered, in their prioritised order. In addition to this I would like to add a level select screen, but whether I will have time for this is beyond me.