Big huge thank you to everyone who voted for Hearthlands! Together we've made it possible. I have to say that without your support it would be impossible for us to carry on. I always wanted to play a game like Hearthlands and I'm very happy that there are a lot of people who think the same. Hopefully, getting on the biggest PC games distribution platform will help us generate enough sales to keep up with the development progress and further improvement of the game.

It still will take a little while for the game to actually appear in the store, there's a lot of stuff on Steamworks which we haven't looked into yet. I'll keep you noticed on how it goes.

Thanks again for your support!

This week we continued to work on diplomacy, which (hopefully) we'll be able to finish in a couple of weeks.

The New Game screen has been changed and now consists of three pages. On page one you can set up your realm and choose your culture.

You can choose from 5 different cultures. Culture defines which buildings you can build, which resources you can produce and which units you can train. Also, each culture has specific traits, like higher alcohol consume rate or lower taxes. With the addition of magic, religion and heroes cultures will be expanded further. 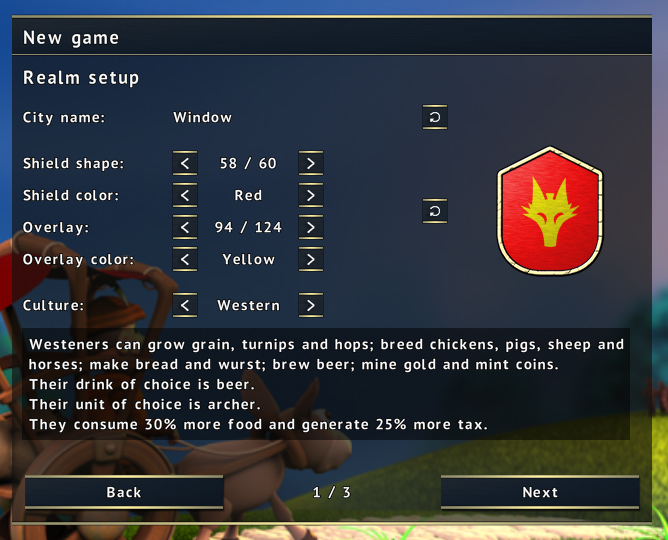 On page two you can set up your ruler (a character that represents you in the game). It is quite basic at the moment, but fun to play around with. Your chancellor will have a randomly generated appearance as well. 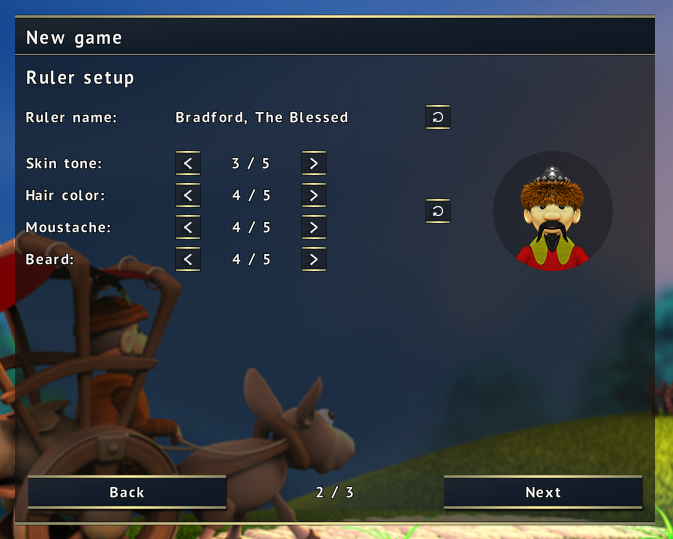 Other game settings were moved to the third page. 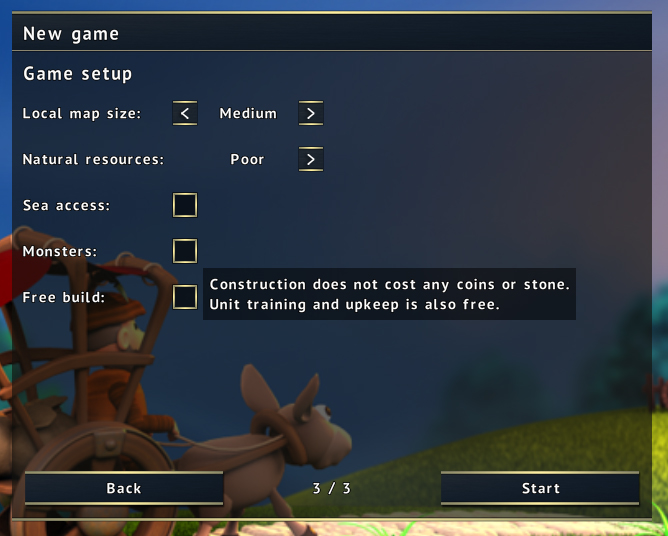 In addition to gifts goods can now be requested from AI opponents. The chance they will fulfill your request depends on their opinion about you, your relative power, and the cost of the goods requested. The more they like you or the more scared they are of you, the more likely they will provide you with goods.

Diplomacy screen now shows ruler's appearance and details on how his opinion of us is calculated. This obviously will be expanded as we progress with diplomacy. 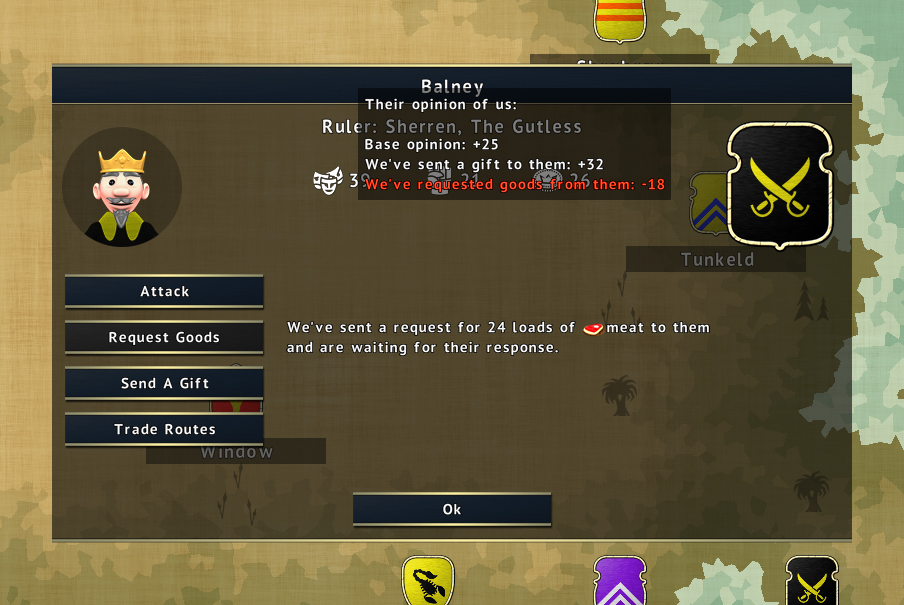 As always we would like to get as much feedback as possible, so please comment and send your thoughts to info@hearthlands.com. If you become our watcher on Indie DB or Desura, that also helps a lot! Don't forget to subscribe to one of our social network pages or YouTube channel. If you want to support the development — you can just purchase the game.

This game looks great, keep up the good work!