Putting you upto speed on whats been going since release and what you can expect from further releases. 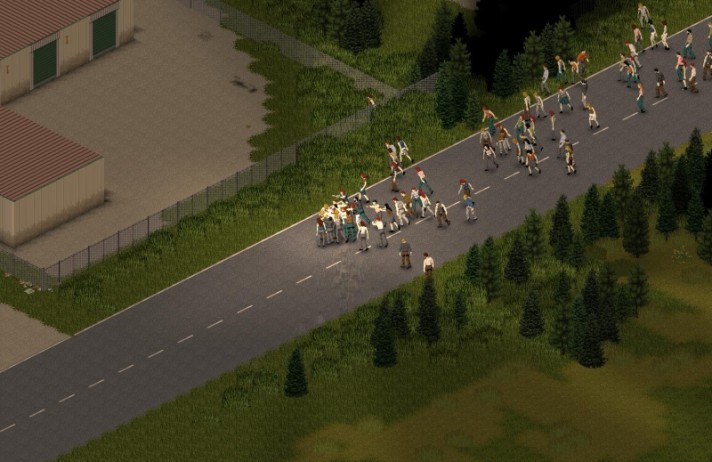 The town of Riverside and the countryside around it was added to the IWBUMS public beta Build 38 last Thursday in 38.8, and we’re getting plenty of positive reports from the testers exploring its separated rich/poor districts, the Scenic Grove trailer park, the stone angels of its graveyards and the delights of the Knox Heights Country Club. 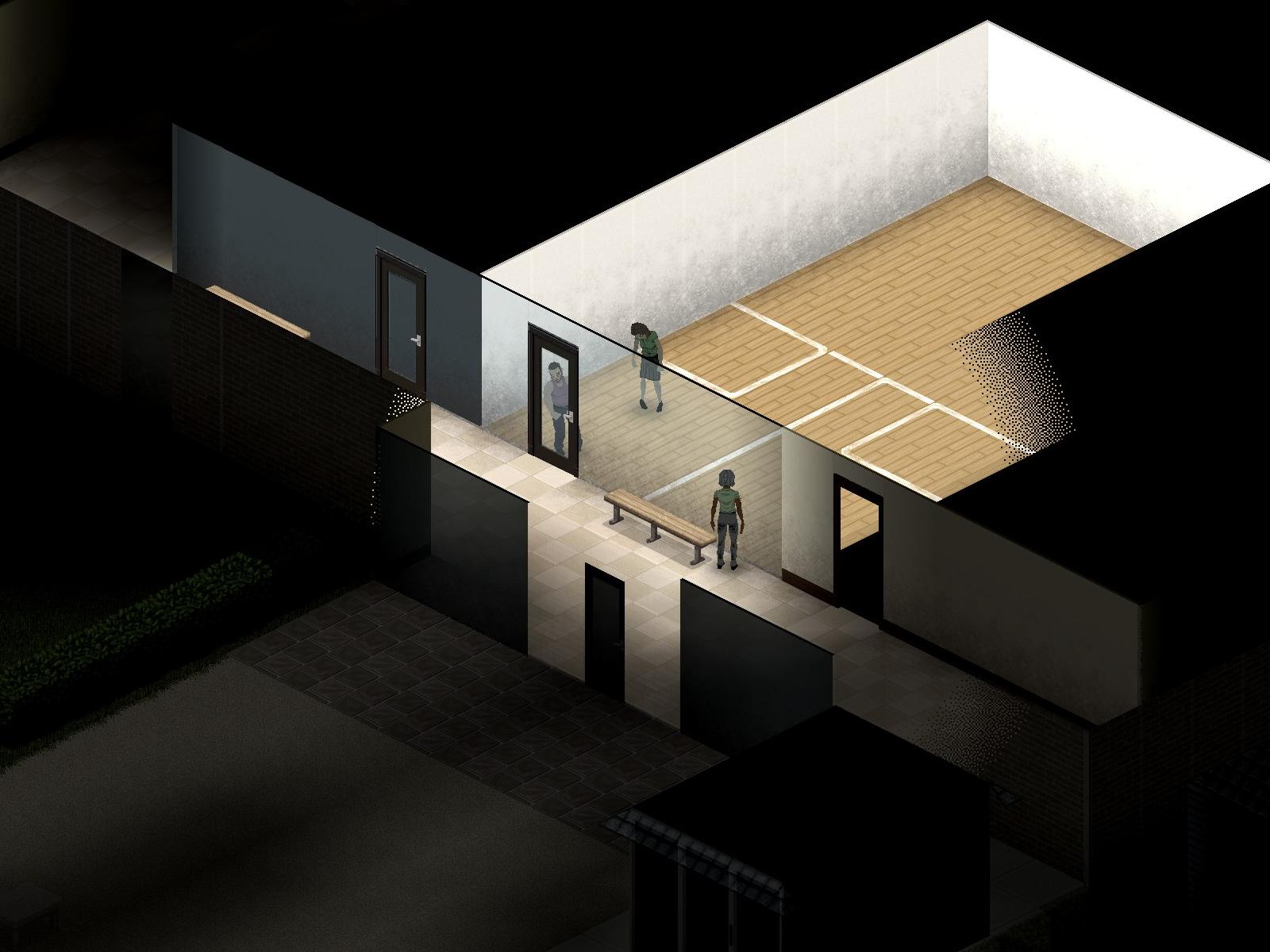 We’ve also added a lootable map, and have been adding foraging zoning etc to it since release. Here’s a section of it, but there’s plenty more besides.

We’ll be adding the map to the vehicles build imminently, tomorrow hopefully, which will probably help you in your exploration as it’s been constructed to favour drivers a little more than previous map expansions. Initial reports suggest people are digging the different building styles, and there’s still some more to come from Mash in terms of extra buildings and detail. It sounds like zombie numbers need to be topped up a little, though, so if the Country Club tennis courts feel like they need a bit more action then please let us know.

Last Wednesday we ran the IWBUMS Megatest II to try out Bitbaboon Steve’s new effort in the War Against Zombie Lag – and we’re very pleased to report a resounding success.

We opened up the server toward the end of the test and had 141 people playing off/on over the hour, and 87 at its peak – and the usual peril of ghosting zombies, unfair bites and general combat sludginess was hugely improved. Even better, things didn’t seem to degrade the more players got online.

If this summary from Svarog is anything to go by, life for our MP players should be vastly improved when 38 is released: “I’ve gotta say that it’s incredible how much better it is when it comes to zombies. There is almost no lag, combat is much, much more pleasant. I can even use knives as weapons. Awesome job.”

Our thanks to Steve for his eagle eyes and code skills – and also for his ongoing work as there’s still room for improvement. During the test he set up various headache testcases with groups of helpful players, and there’s still plenty of areas he feels he can ratchet MP performance tighter, before moving on to general PZ optimization to aid and abet both vehicles and the animation system that his colleague Mark is helping out with. Hurrah then!

Current focus is to tidy up Build 38 and get it out of the door – with IWBUMS 38.9 fairly imminent with Riverside forage zoning, new spawnpoints, Yuri’s recent gamepad work and some work on legacy bugs from Connall.

[Incidentally Connall is now taking ownership of much of the ‘Small but Important Suggestions thread‘ so if there’s any minor thing that you think could make life that little bit more fun or realistic in the game then feel free to holler at him there. From 38.9 if you’re sleeping outside then rain will wake you up, for instance.]

Yuri, meanwhile, continues his work on the public vehicles test – and is currently adding brake lights, and a change in appearance of the physical headlights to accompany the light beams we already have in the game. He’ll most likely be turning to co-op issues later in the week, while we’ll also be internally testing his engine optimizations when they’re integrated into Build 38 so that we can pave the way for the release of the first iteration of vehicles in Build 39.

A general list of stuff added to PZ, and vids of features being worked on, is kept here – so you don’t have to plough through endless Mondoids for info. The Centralized Block of Italicised Text would like to direct your attention to the PZ Wiki should you feel like editing or amending something, and the PZ Mailing List that can send blogs like this and patch notes direct to your mailbox. We also live on Twitter right here! Our Discord is open for chat and hijinks too.

The public Build 38 release is feeling increasingly imminent – although there are still a few fixes to the new roof rendering and player view system that are still in the oven. Today we released IWBUMS public beta 38.11 that focuses on transferred optimizations from the vehicles build – so improved garbage collection, optimized lighting, memory leaks plugged and improved map loading.

There's also a VoiceManager fix gone in, spotted by BitBaboon Steve and remedied by General Arcade, that should provide an FPS improvement in SP – especially on lower spec systems. So if you see/feel/sense any improvements then please let us know.

The build also does various soon-to-launch jobs like updating community translations, alongside several of Connall's Community Suggested tweaks: first aid kits now spawning with sterilized bandages, suture needles being able to be used for sewing like regular needles and the ability to sterilize bandages in boiling water. He's also made aspects of tea preparation and drinking less frightful through the addition of a new recipe. Full changelist here.

This week Yuri is moving onto commonly reported MP issues in the public vehicles beta in preparation for the wider testing audience when Build 39 goes into IWBUMS. As such stuff like vehicles disappearing on exit, precious loot removing itself from the boot (trunk if you're American) and similar will all come beneath his steely glare.

He's also, finally hopefully, zapped the ‘trapped in walking animation' bug that's been vexing our car testers for several builds now – with a fix due in Vehicle Build 19.

Vehicle Build 18, meanwhile, came out last Friday – and came with the much requested addition of making sure that the number of players that can fit inside each car model is accurate to the number of seats, and hopefully a fix to the strange lights on/off syncing issue that MP players have been reported. It also came with actual visible headlights appearing on vehicles (rather than just having the beams) and red brake lights to boot.

It brings a surprising amount to the vehicles when it's all seen in-game, as you can hopefully see in this video. [Although Yuri's coding music is a little… mellow (?) for our taste.]

We've also updated the Vehicles Build with the latest IWBUMS, so testers can explore the new town of Riverside and the Knox Heights Country Club in relative leisure – as seen below. 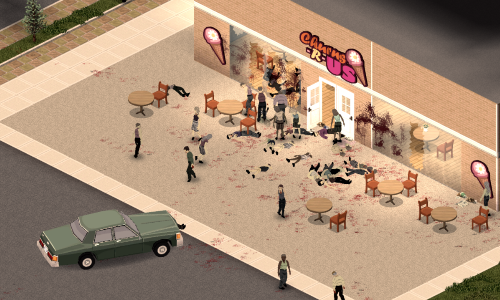 Once Build 38 releases the current plans are for Build 39 to be a relatively quickfire release, essentially getting the existing experimental vehicles out to the public in as bug-free a state as possible – albeit on the current selection toggle. We anticipate improving on their current zoning/spawning alongside aspects of their optimization, but the meat of their maintenance will come in the following build.

We're currently firming up the design docs – but the current plan is for vehicle damage, repair and car wreck player injuries to be a focus in Build 40, and then to turn to player-crafted improvements and realistic ‘apocalypse survival' modifications in later versions.

As we've mentioned before, maintaining your cars will work in much the same way as our current medical system – covering stuff like dead batteries, burst tires and the more common engine issues as well as structural damage. Don't expect My Summer Car levels of vehicular knowledge requirements [although we certainly hope the modding crowd will think towards this] but do expect the Mechanic profession to be a fun/useful one to have.

Elsewhere Turbo is making good progress with his Devices overhaul (this week reworking radios so it's easier to find and tune into different player wavelengths), Bitbaboon Mark is fixing up the new skinned renderer in the now integrated model loader in the anims build and his colleague Steve is marking up various targets for optimization to ensure that vehicles run as swimmingly as possible when they're released. Oh, and Mash is adding more detail to the wilderness areas around Riverside for those who venture into the back of beyond. 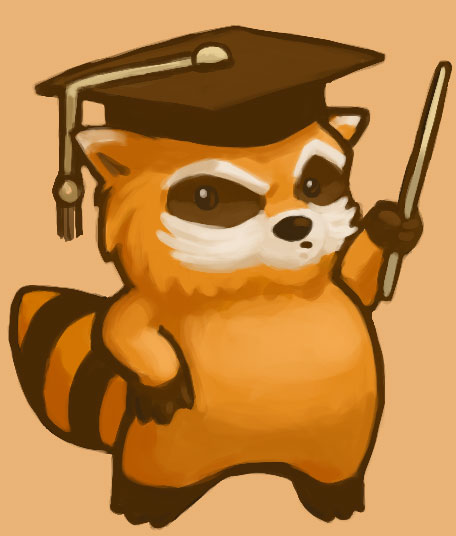 “Greetings survivor! I'm Spiffo the Community Raccoon!”
“If you want to know the what's in the upcoming build of Project Zomboid, or look back into the past, you've come to the right place!”

Not currently in public testing: