The first steps of my Touhou doujin fangame! It has a walk outside of the Hakurei Shrine, a playable (but bare-bones) Reimu and 16-bit remixed Touhou music!

Hello everyone from the IndieDB community! Some may know me from Story of Alexia, my main project, and The Soul Collector, as well as my collaboration with Kirbypwnage, but here I am with another project! It's a Touhou doujin fangame! It's in VERY early stages, so don't expect anything special as of yet, but it's here. I have a few screenshots and a video, which I'll show below.

This is Reimu stepping outside of the Hakurei Shrine: 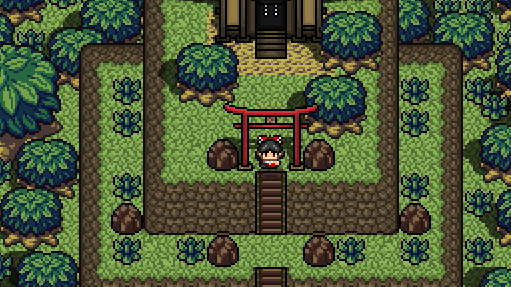 There's another screenshot of the Hakurei Shrine's outside here. This one shows the back of Reimu's sprite, a bit more of the Shrine itself and a bit of the forest behind the Shrine: 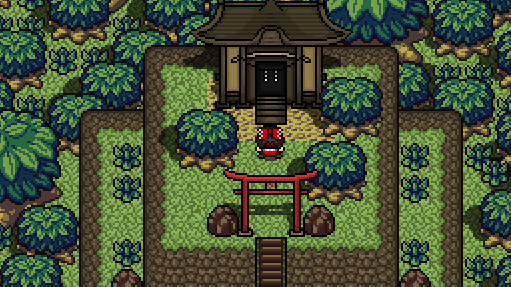 It's really barebones, as you can probably see, but I'm pretty much statisfied with the area. Here's a video of Reimu walking, as well as a bit of old SNES-encoded Touhou music I remixed myself:

What do you think of it? I personally like it, but what do you guys think?

Cute :) The art style feels like a 8 bits Pocky and Rocky.

Wow guy! Did you make the sprites?

Looks very good, so keep with the good work :)