In the final post in our NVIDIA sponsored series, we take a look Yooka-Laylee a recent kickstarter indie hit that has started rolling out to backers.

After months of mounting anticipation, Yooka-Laylee is now available on both NVIDIA SHIELD via GeForce NOW and PC. Developed by Playtonic Games, an independent studio consisting largely of talent that moved on from Rare, the new 3D platformer features an expansive world, lively characters, and familiar gameplay that should appeal to gamers young and old.

A quick glimpse at Yooka-Laylee immediately brings to mind the various titles from which its developers drew inspiration. The game is in many ways a return to form for key members of the development team, who previously helped build Banjo-Kazooie and its sequels (not to mention the popular Donkey Kong Country series). That franchise turned Rare into one of the most popular development houses of the time.

When the Playtonic team announced on Kickstarter that it hoped to produce a new 3D platformer that would have felt right at home within the Banjo-Kazooie universe, the campaign pitch asked potential backers for a relatively modest £175,000 in funding. Excited consumers responded in droves. By the time the campaign concluded, more than 70,000 people had pledged a combined total of £2,090,104 in funding. That number only grew from there, with support continuing to flood in through a subsequent PayPal campaign.

Looking at the end result, it's not hard to see what had backers so excited. Yooka-Laylee brings back a classic sub-genre and introduces two new heroes: a green chameleon named Yooka and a bat named Laylee. Their unique names pay obvious homage to the musical names supplied for that infamous bear and bird duo, Banjo and Kazooie. However, the new heroes have some slick moves of their own, including Yooka's useful ability to tongue grapple, and Laylee's sonar blast. Those capabilities allow them to truly own the vibrant environments they explore on their ambitious journey. 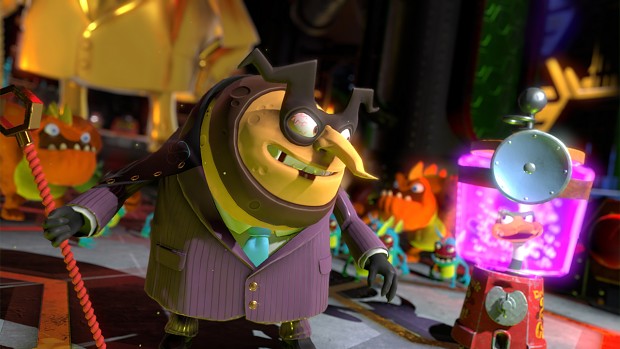 The team at Playtonic has also packed the world with a new collectible known as Pagies, which can be used to unlock and expand new game areas. Finding every last secret is sure to take quite a while, but Playtonic was careful to avoid going overboard.

Classic platformer game mechanics aren't the only thing Playtonic has brought back, either. The game also features a soundtrack composed by Grant Kirkhope (GoldenEye 007 and Viva Pinata), David Wise (Donkey Kong Country and Diddy Kong Racing), and Steve Burke (Kameo: Elements of Power). Besides that, Chris Sutherland has returned to make sure the characters speak in the familiar gibberish you know and love. As a result, Yooka-Laylee not only looks like the Rare classics you remember from yesteryear, but sounds like them too. 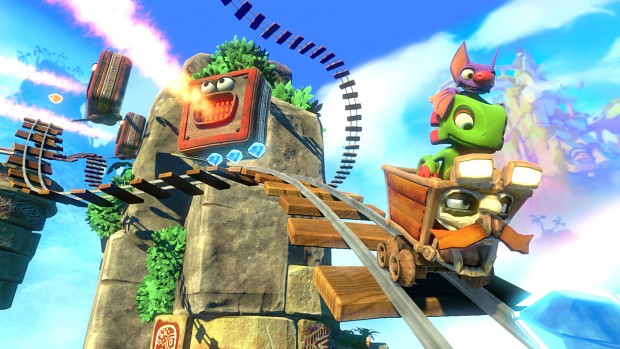 "Yooka-Laylee is a real passion project for the Playtonic team," the company announced when it first began seeking support from Kickstarter backers, "and we've all made financial sacrifices to get it this far. We'll finish the game at a smaller scale even if this Kickstarter doesn't succeed, but the game will be bigger and better if it does!"

Thanks to the persistent fan support, that best-case scenario became the reality, and now you can enjoy the exciting results on NVIDIA SHIELD.

Yooka-Laylee is now available to purchase for unlimited streaming on NVIDIA SHIELD via GeForce NOW for $39.99. If you buy the game on GeForce NOW, you will also automatically receive a code to download the game on PC at no additional cost.