Managed to port the game to Android, released soundtrack (pay what you want) and added some cute things.

Audio problems has been fixed with release of Cocoonjs 1.4 (software to port games from HTML5 -> ios/android). The port is working but I am having "happy times" with UI design right now.

I have released extended soundtrack in -pay what you want- business model :)

The game without achievements is not a game :o So I am drawing these cute collectibles: 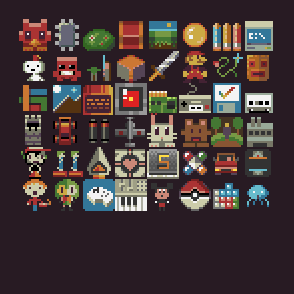 And link to the game if you don't know it yet qbqbqb.rezoner.net