Post news RSS Some updated music tracks: before and after comparison

We have some new tracks for Overgrowth so we have made a little article about the evolution of our music. You can hear the original version and then it cross-fades into the updated version.

This is a post from Mikko Tarmia who is the composer for all of Overgrowth's music.

In this post, I want to talk a little about the evolution of music in Overgrowth. You might have heard some of the original music tracks which were produced when Overgrowth was still in the shape of Lugaru 2 (well, I guess that was only a working title for the project at the time). Over time, Overgrowth has developed a lot -- the game mechanics, graphics and other elements are all being updated, and so will the music get a new frosting and a cherry on the top of it.

With a selection of new sound libraries and improved music production skills, it was obvious for me to update every track made for L2. One of the decisions was to drop every brass instrument from the arrangements and bring in more ethnic instruments. Thanks to Anton Riehl, we will have some live ethnic flute playing included in the soundtrack.

I made two audio examples for comparing the differences between old and new. The first example shows how one of the ambient tracks has changed. It first plays the original version and in the middle of the clip it crossfades into updated version.

Ambient Track - Before and After

In another example you will first hear the original version of a combat track, and lastly an updated version also playing the same spot.

Combat Track - Before and After

Neither of these updated versions are final versions for the tracks, but they should give a picture how they will sound like in the game. (permalink) 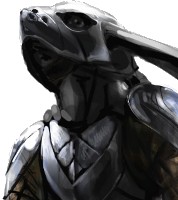 Nice music! has very epic feel to it

I like the new combat track, especially the end of it :).

yea i like the new music especially the percussion in the fight track. however stringed instruments can often lack alot of the power that a brass section can provide. it might be worth adding in a small amount of brass on the fight track to really emphasise the crescendo as all the Oomph is coming from the drums atm
sounding nice tho

Combat sounds more like BLITZKRIEG to me, jesus I thought we were talking about martial arts here, not middle-age wars with whole hordes attempting to take down a castle. It's more frightening than focussing and I take it you don't want to give the player the feeling he has to get the f* outta there.

Try something a bit more ala Matrix's duel fighting scenes and you'll see what I mean.

Otherwise the instrument selection is excellent, alot better than that 'midi-ish' sounds we had before.