A general FAQ which will hopefully be updated as time goes on.

Hey folks, we’ve a message from the developers of Shokuho. Firstly, we’d like to thank everyone for their support - the community’s grown plenty and so has the team, which currently stands at around 70 developers. Clearly, this would’ve been impossible without your fantastic support. Naturally, there are always questions from time to time, and so we decided to sit down and compile a general FAQ to satisfy everyone’s curiosity. Without further ado, we’ll get right to it!

When will the mod be released?

Ideally, we’d like to release a basic playable version within a year, and then go from there. Keep in mind we’re still working with the beta modding tools, and development is dependent on many factors. Regardless, we’re still working on it everyday!

How many people are working on Shokuhō?

We currently have a team of around 70 voluntary developers working in their free time. Our developers are spread across different departments and teams, and we continually recruit on a rolling basis as we see fit.

Can I help with the mod?

We’re always in need of developers, as well as moderators. In the far future we’ll also be looking for testers and translators. If you’re interested, join the Discord and follow the instructions in #dev-applications. Discord.gg

How’s the progress on the mod?

Progress is smooth-sailing; every week there’s always work done, whenever it’s in programming, 3D modelling or art and design. Keep an eye peeled for our upcoming sneak peeks on Discord!

Is there going to be a pre-alpha or beta I can join?

We’ll be recruiting testers down the line when a testable version is released; make sure you join the Discord know first-hand.

Our team’s working on a general roadmap which will be released sometime for the public. Otherwise, we’ll be providing regular updates in the Discord.

Will this mod be the same as Gekokujo?

As the spiritual successor to Gekokujo, this mod will use Gekokujo as a starting base, and expand into a more immersive experience of 16th century Japan. Something to note is that Marty (the original creator of Gekokujo) is working with us! Anyhow, our team will be working hard on many features to provide a single-player experience of feudal Japan like no other.

Can I become a shogun, daimyo or lord right from the beginning?

It has been considered, but it’s not a priority right now. That being said, it’s likely that we’ll incorporate different starting modes. It is however too early to say, given that Bannerlord is still in early days and rather buggy.

Is this mod single-player only?

Our current priority is to produce a single-player campaign - multiplayer has been considered and is a planned feature for the future.

Will this mod be compatible with other (QOL) mods?

It’s too early to say, considering that Shokuho is intended to be a complete overhaul. We may possibly incorporate other QOL mods, provided that they don’t interfere with Shokuho itself. We’re still early days in this aspect especially since the SDK isn’t in its final version yet. Ultimately though, we'd like Shokuho to be fully original while incorporating other small and popular/universal QOL mods.

Can I donate anywhere?

This is a voluntary project which means one of our policies is strictly no crowdfunding or donations. That being said, we have realised that our coding & programming team do need funding - in due time, we will be working on this and releasing some sort of donation page for our patrons to fund our servers and databases for the mod.

When is the mod set?

The starting year is 1568AD, roughly in the later half of the Sengoku Jidai era of Japan, aka the age of the Country at War.

Why did you guys choose this time period for the mod? Why not earlier like Gekokujo did?

1568 is a pretty iconic time period for the Sengoku Jidai. It's the start of the Azuchi-Momoyama period and has many prominent events such as Oda Nobunaga seizing Kyoto and installing Ashikaga Yoshiaki as the new shogun, as well as Takeda Shingen's attack on the Oda-Tokugawa alliance. In addition, this is just before Oda's campaigns against the Ikko-Ikki in the Ishiyama Hongan-ji War, which makes it the perfect setting to deliver the popular image of a Japan torn between warring samurai everywhere.

Will the Ikkō-Ikki and Ainu play a prominent role in the mod?

The Ikko-Ikki led by Hongan-ji Kennyo will be present in the mod. As the mod takes place just before the start of the Ishiyama Hongan-ji War, they will be treated as a major faction and their territorial holdings will be prominent. However, the extent to which they will play a large role in any kind of actual plot or any mechanics greater than that of the Bannerlord sandbox is something that is yet to be solidified, given the current state of Bannerlord.

The Ainu have been discussed and our Historical Research team has been looking into it. Many of our developers have expressed an interest in including the Ainu but again, it’s too early to say and we’ll need to discuss it in depth to determine whenever or not it’s a viable option. That being said, the Ainu has become quite popular as a idea amongst our developers!

Is this mod historical or fictional?

Historical accuracy is a big driving point for the mod's development. Extensive research is conducted on almost every part of the mod’s assets, from weapons and armour to geography and architecture. Factions will have accurate vassal lords and territorial holdings, with a number of faction leaders having historically accurate unique gear. Historically accurate aspects that might worsen gameplay experience or would not work with Bannerlord's sandbox gameplay style are avoided. To sum up; big yes to historical accuracy, but not at the expense of Mount & Blade’s gameplay that we’re all so well-accustomed to.

How many factions will there be in the mod?

Historical Research is currently compiling a list of the factions present in Japan at this time, as well as their leaders, vassals and territories. The current list numbers ~40 factions, but due to likely engine constraints, workload and quality of gameplay - that number will likely be reduced to somewhere between 20-25. Major clans from the time will be prioritised, and if there is space, minor clans and outsider factions may be considered.

Will any famous historical characters from the Sengoku Jidai be featured in the mod?

There certainly will, and our research team has taken great liberties to make sure that all historical characters in the mod will be wearing their historical armours based off surviving examples and evidence. However, we’re also planning to include companions based off contemporary figures at the time. For example, aside from Oda Nobunaga and Uesugi Kenshin, we’re working on companions such as the African samurai Yasuke and foreign adventurers from Portugal and England. And as a sneak peek, we’ve got a monk-character in the works who is based off Benkei.

Do Europeans have a presence in the mod?

There is unlikely to be any significant European presence aside from missionaries, adventurers and traders. These figures will mostly be companions or special characters. That being said, the Historical Research team has been working hard on looking into other ways to include Europeans as befits the mod.

Will the Imjin War be a thing in the mod?

It is again too early to say, but it’s unlikely. The Imjin War takes place in 1592, quite a few decades after the mod’s starting year. If down the line we manage to make good progress and Bannerlord’s modding tools prove sufficient, an Imjin War event may be plausible. Again, this is all speculative and rather unlikely; there’s enough going on in 1568 as is!

Will there be muskets?

Indeed there will; gunpowder as weapon plays a big role in this period, and aside from tanegashima (muskets), we’re looking at artillery and other forms of hand-held firearms.

Will there be new combat animations and/or stances?

We still haven’t seen the full possibilities within Bannerlord modding, though there are two possibilities. Firstly, if all goes poorly, we’ll implement animations to better reflect the fighting styles at the time. Secondly, if things go well, we'll look into a comprehensive combat system to allow the player to switch between sets of animations (different fighting styles that reflect different martial schools). We have in fact worked considerably on the second possibility, though it’s a matter of seeing what Bannerlord’s engine can and can’t do.

As a sneak peek, here's a little something from our Technical Department... 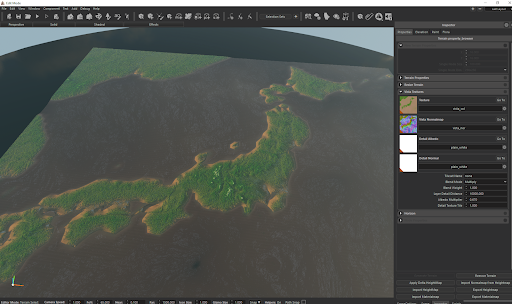 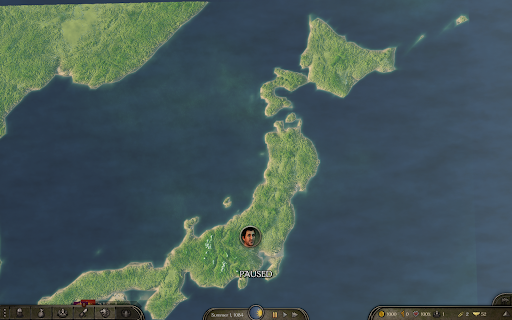 Can't wait. Keep it up, great choice with the time period.

Folks, thank you all soo very much. We appreciate your support and kind words!

So, what about Transportation, Trade & Economy, Ronin & Raiding, Bounty Hunting, and Diplomacy? Can you comment or Speculate on these topics? I have more in mind such as Fiefs, Fief Development, Fief Protection & Upgrades, and others. But for now what's stated here is what i'm mainly curious about. I'm it's too early to say, i'm just wondering what you can say about the topics, and how you plan to incorporate, if you do, and how you can use all of it to your (The Player)'s Advantage.

Maybe even add a way to Travel on Water, which was a possibility back then, I'm not saying Naval Battles, since Bannerlord itself hasn't done anything in that regard. What i mean is, Say you wanted to hire a Gondola of sorts, to take you to say, Kyoto via a River? Or Open Sea.

And as for the Roadmap, will you be using trello.com? Trello is extremely useful and well-known among developers.

Here's a question you didn't answer here: What does 'Shokuho' mean?

Hi, Shokuhō developer here! Shokuhō is a combination of the first characters of the surnames Oda and Toyotomi. It's a name for the start of the Azuchi-Momoyama period in 1568.