We have amazing news for you, as well as some changes to talk about!

The first campaign of Shattered Origins, which is about the Guardians, became so powerful, and together with all the content in the game, provides so much gameplay time, that we decided it's best if we give this faction it's own game. So Shattered Origins - Guardians of Unity will feature the Guardian campaign only, and Guardian related achievements, skirmish maps.

This also means that the game is almost done! The campaign is already done, and we are really close to release. We'll soon be able to give you more details on that (including pricing, method of publishing, etc.). Our website will also be launched soon, and somewhere near, on the horizon, one can already see a demo version approaching...

New GUI
The user interface of Shattered Origins has been completely transformed, and lots of new features were added. Instead of long and boring descriptions from me :P, take a look at these screenshots: 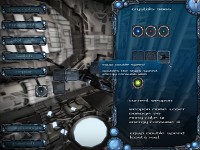 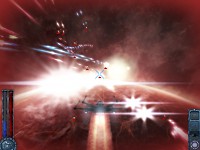 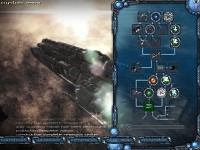 Ooh, very shiny
I am liking what I see

Also, I suppose this looks like a updated graphics-wise version of Freespace, but I don't want to jump to conclusions

I havent played Freespace, so i can honestly say we didnt use any references. You are free to jump to conclusions via a zone gate when a demo arrives ;)

the real question is....how much?

For a making of topic, see the game from its beginning and watch it take shape!

Most textures and ALL environments made with Genetica 3.5 Studio, I personally consider it THE tool for texture artists.