Post news RSS Self-defence: how to avoid getting yourself in trouble

How to avoid getting yourself in trouble using self-defence in Europe. 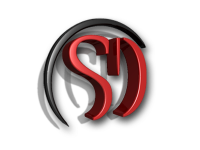 An addendum to this article:
Moddb.com

Self-defence in Europe would be nice and fine if there wouldn't so many various laws and judges that can rule you out as de facto the aggressor (and not the person you were protecting/defending from, whether it's you or somebody else).

So how to avoid being mistaken in a crime scene without any third party witnesses (bystanders)? A mobile phone here come in useful, since
1) you need to have evidence that somebody was committing a crime (e.g. was beating a person), so you take a photo shot or even videotape him with a moby
2) you call for the police
3) THEN you come in and react if the situation is grave (the other person's life is in danger)

Otherwise, without any witnesses, and if the person committing crime does it the first time (has no school / citizen records of any criminal activities or even any slightest criminal/abnormal behaviour), you can be judged as the aggressor, or the one who injured the attacker as if you was also an aggressor.

Unfortunately, this applies also to yourself, so if somebody who has no criminal records whatsoever, and he attacks you, i.e. it's 1 on 1, and you beat him up and he ends in hospital and you receive no injuries, you'll end in the prison yourself, most likely, as the aggressor. You. Not the assaulter who attacked you first.

That's why self-defence is often screwed in Europe, and witnesses are very handy.

These situations vary. If somebody attacks you with a knife, you must keep yourself out of touching it, so the police have the evidence against HIM, the guy who assaulted you.

You need accustom, suit yourself to the situation and think fast. That's all about it.

Well we in Europe have something against vigilantism!
And I think its good that you are not allowed to carry weapon with you. And I don't think crime in Europe is so high that you need gun for self defence.
Do you get mugged in your streets?
Are you raided at your home?

So its you having to want the agression???

Never said about guns or vigilantism. It's a SELF-DEFENCE article. O.o You know, martial arts. That sort of thing. O.o

He's right. You never know now with this upcoming crisis if you are going to need to know that. A lot of civil unrest may come, after all, people who loose government support or their jobs will have to struggle to live, even if they have to rob. Collapsed families, immigrants and all that, may be the first to start doing that, although, ethnic doesn't mean anything, and the natives themselves may attack in bigger number.

Sometimes this info may come in handy. I agree that violence should come in last resource, and that it was never the way to solve the problems, deeply in its source... but you can't just expect everything to roll as planned.

thanks for this addendum feillyne.

never needed that either I have my tongue, or my legs :)

Legs for running, tongue for what? Scaring somebody off? "Please go away?" ;-D

Ahhh, I forgot about running away when needed, and unaccompanied by nobody. :-P

violence is rarely ever the answer, it's best to talk you're way out of something. Whenever i'm confronted i generally try to make a few jokes and it helps that i'm usually nice to everyone (even people who would be classed as not to friendly)... that helps a lot and i've never had to actually "fight"

Unfortunately, it's rarely so nice to talk somebody over. Situation do differ, though. After the midnight, especially in Britain, you probably would have no chance of using your 'tongue' to do anything.