My voxel renderer now has the capability to overlay everything with any texture I want. I'm using it on a new set of interconnected winter levels. This way I don't have to manually come up with a frosty version of each texture.

Without giving away too much, this week I built a new system that has implications for both puzzle solving and movement mechanics.

I also went back to several levels and fiddled with lighting again. Basically 90% of my development time is spent adjusting colors. Before / after: 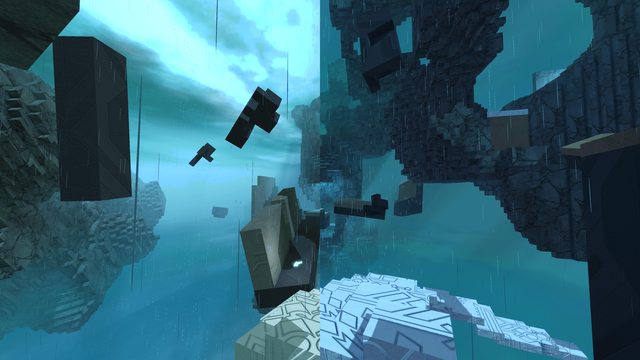 Clearly, the old version relied heavily on bloom. I'm trying to avoid that a bit more now. Bloom is like crack cocaine to game developers.

That's it for this week. Thanks for reading!

Yusss! Finally someone understands me!