Hello there, and welcome to a Dell’arte Della Guerra update. We haven’t really been putting up many updates besides images and videos here and there, and thought that it was high time to talk a little bit about the mod development and what you can expect from it.

What should be noted immediately is that the original scope of the mod was, frankly, unrealistic. The dev team has undergone changes since the beginning of the project and while it is a bit sad to proclaim that the scope of the original map will probably never be reached, we also don’t want to keep up false hope about that. The limitations are not only unrealistic from the standpoint of development but also by the game engine itself. You can only make the map so big before performance issues start becoming notable, and if we were to keep the original scope of the map each faction would be very small and shallow with no real depth. We won’t release a concrete count of how many factions will end up in the finished map because things are of course subject to change, but we can say that going beyond the borders of the eastern HRE and more south than Italy will most likely not happen.

The plan of releasing conflicts progressively has not changed, and we’re currently making headway on the Wars of the Roses which will be the first playable campaign in the mod. Besides the English factions of Lancaster and York this will of course also include Wales, Scotland and Ireland, and you will also see mercenaries from the continent such as the flemish. You can expect blogs going into more detail on those factions in the future.

There are many features planned for this mod, however the limitations of the Bannerlord engine are still not fully known so the realization of the features might be subject to change. Regardless, our vision includes an experience quite different from native. The biggest planned change is the introduction of the Lance recruitment, which hopefully is something we can achieve.

If you are familiar with the 1257AD mod for Mount and Blade: Warband you might be familiar with lance recruitment already. This recruitment system is very different from native and is meant to emulate the way that armies were raised in medieval Europe.

Lance was the name given to a retinue following a Man-at-arms predominantly in France and Burgundy, though both Italy and the HRE had similar names for their retinues. The exact composition of a lance varies and we will try to represent these differences in the recruitment to match their historical counterparts. England went about recruitment slightly differently but close enough to be represented with the same system.

What this means is that only vassals and leaders of a faction can recruit troops from that faction, and an unaffiliated player will not be able to recruit factional soldiers. Instead the player will be limited to recruiting mercenaries, and possibilities to expand mercenary recruitment and organisation is something we are looking into. It also means that the mod won’t have troop trees in the same manner as native does, and the upgrades will mainly be to better versions of the same troop instead of a branching tree. We do however hope to make this feature toggleable, so that people who wish to stick with the native recruitment can do so if they want to. While there are tons of other features we’re also looking into implementing, we won’t list those here before we know whether they are actually possible to do and whether it’s something we will be able to do.

You might also look forward to more frequent blogs on various historical topics, from discussions of factions to blogs talking about various troops, weapons or pieces of armour and the history behind them. For now, thanks for following our mod and we hope you’ll enjoy it! 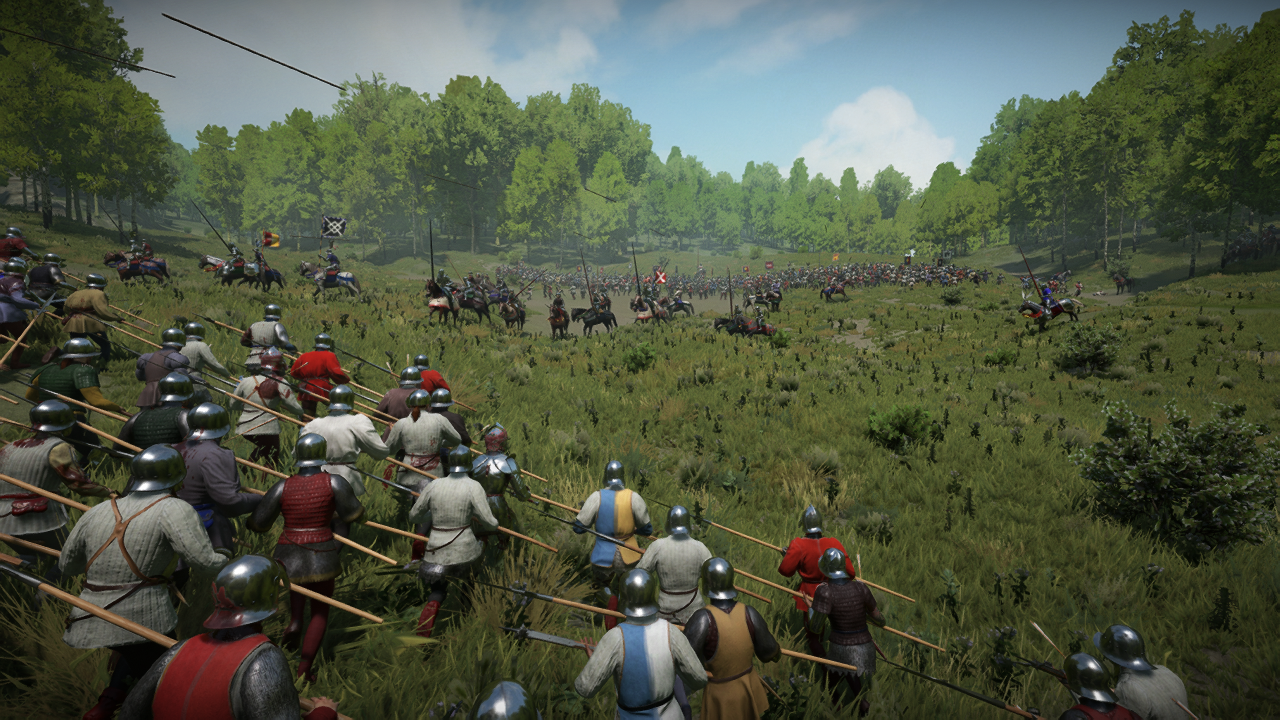 Understandable. Very few mods for any game do what you set out to do, and fewer yet do that scale with the depth it needs.
It shows a lot of commitment to start a project as big as you intended, but I think it shows even more commitment to the project to scale it back, when you realized the scope was unrealistic.
As much as I was excited to see lands to the east and the south, I applaud your decision and this post to clear the air. Still very much looking forward to this mod!

As someone who got very close to achieving an overly ambitious mod only to stop after 5 years, set yourself achievable goals and expand from then.

Rather than reaching for the starts only to fall short, try building step by step. An unachievable or overly ambitious project can eventually start to weigh down on you in year 3, 4 ,5 and so on.

Italy would also be another great campaign because of all the faction and the power of the condottieri.