Hi guys, New S2ENGINE HD 1.4.6 version is close to releasing. This is one of the best and biggest update I've made for S2ENGINE HD. Many important features have been added and a lot of bugs have been fixed.

In this post I'll show you some of the major updates:

The ocean effect has been greatly improved using a multi-threaded realtime FFT solution for simulating realistic waves. Also shading has been improved introducing displacement maps, a new foam simulation system, crhomatic aberration of refraction, Subsurface scattering of waves. Now you can set a lot of params for best customizing your ocean! 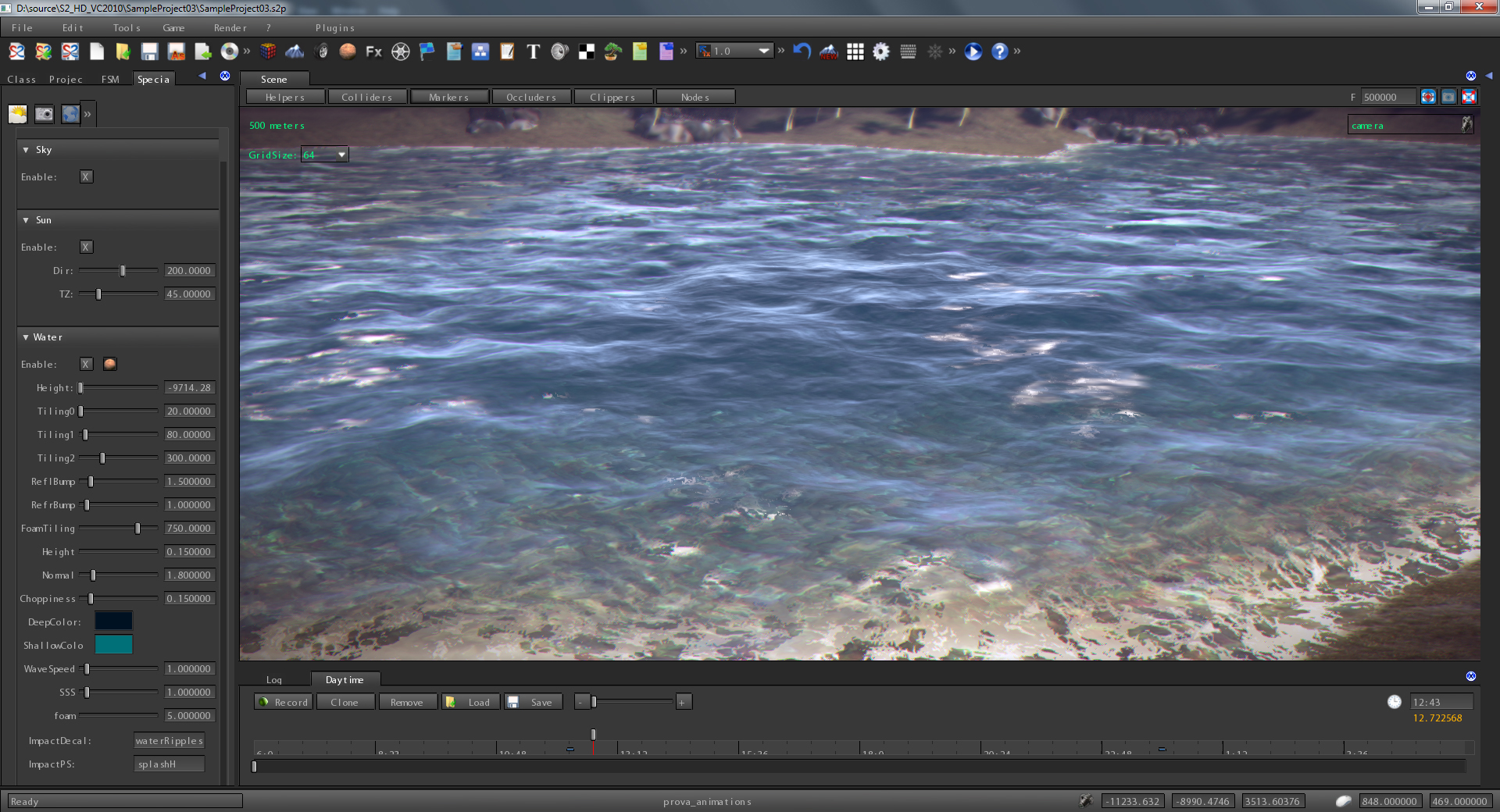 In this version much time has been spent for roads editing/creation.

Terrain adaption has been improved, curve road segments using splines has been updated: Now you have more control on road shape. I've worked a lot for improving roads intersections and fix some issue. Ttracks now are composed by spline segments. 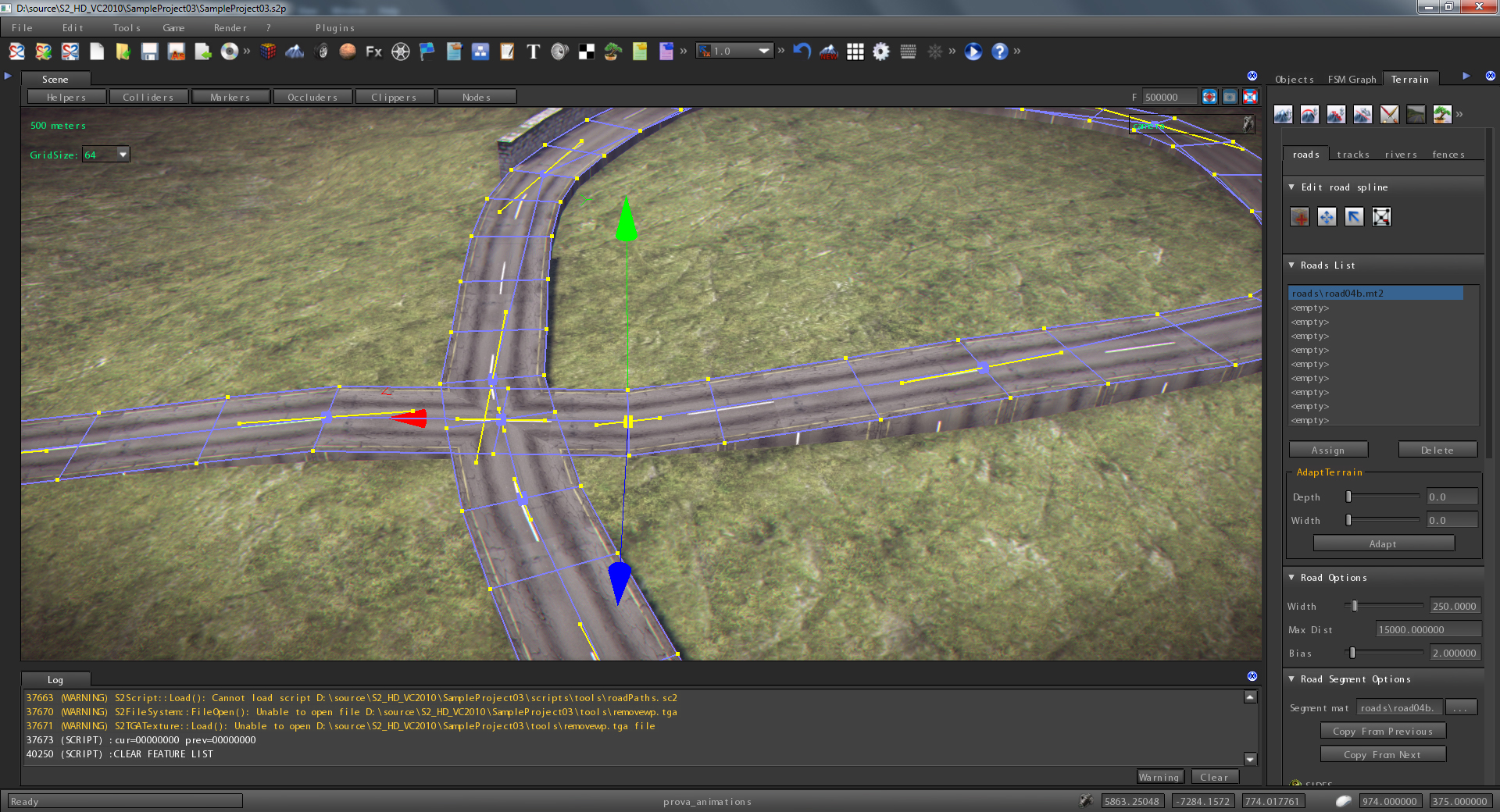 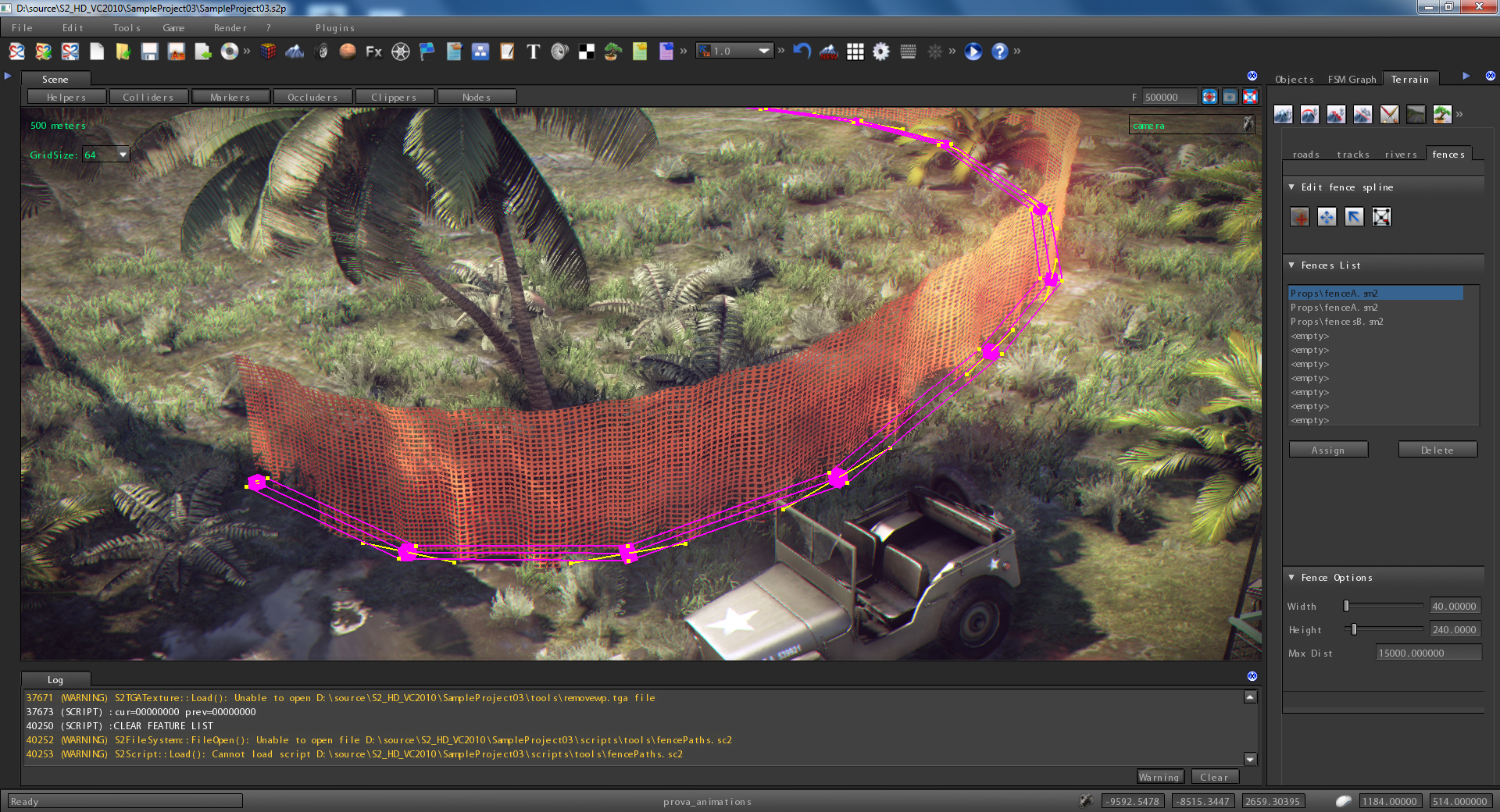 The road system has been extended for supporting also rivers: A new shading system which perform river foam and density has been added.

In the new S2ENGINE HD lakes can be created in a very easy way. They have a specific shader, similar to ocean shader, for simulating water with foam, caustic, refraction and reflections. Lakes also have a volume that takes into account subwater shading and physical objects reactions. 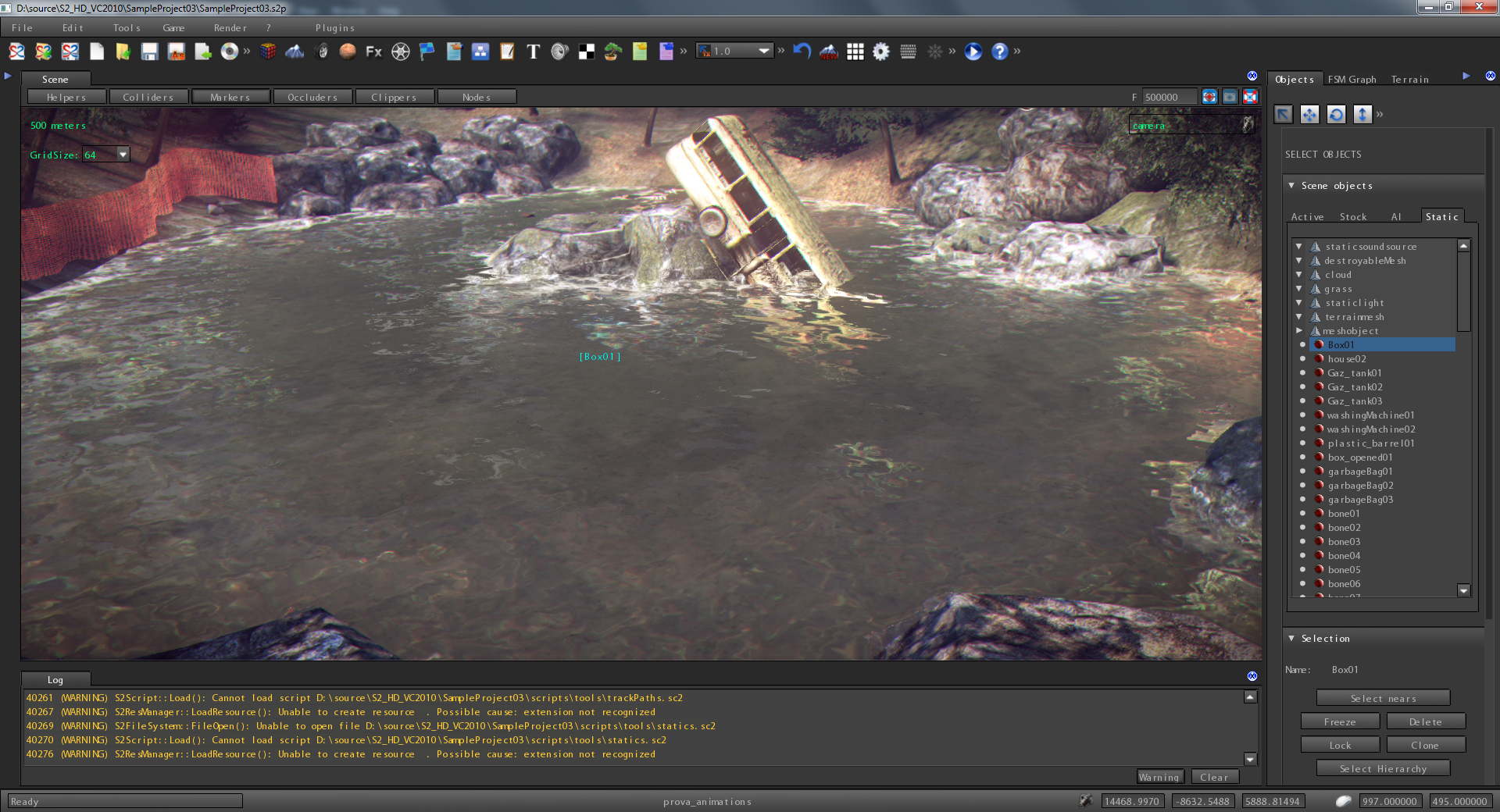 GameMachine tool is one of the major features introduced in this version. It will replace the old Event-handling tree system. It is a node-based system for visual editing of game object logic and animations. 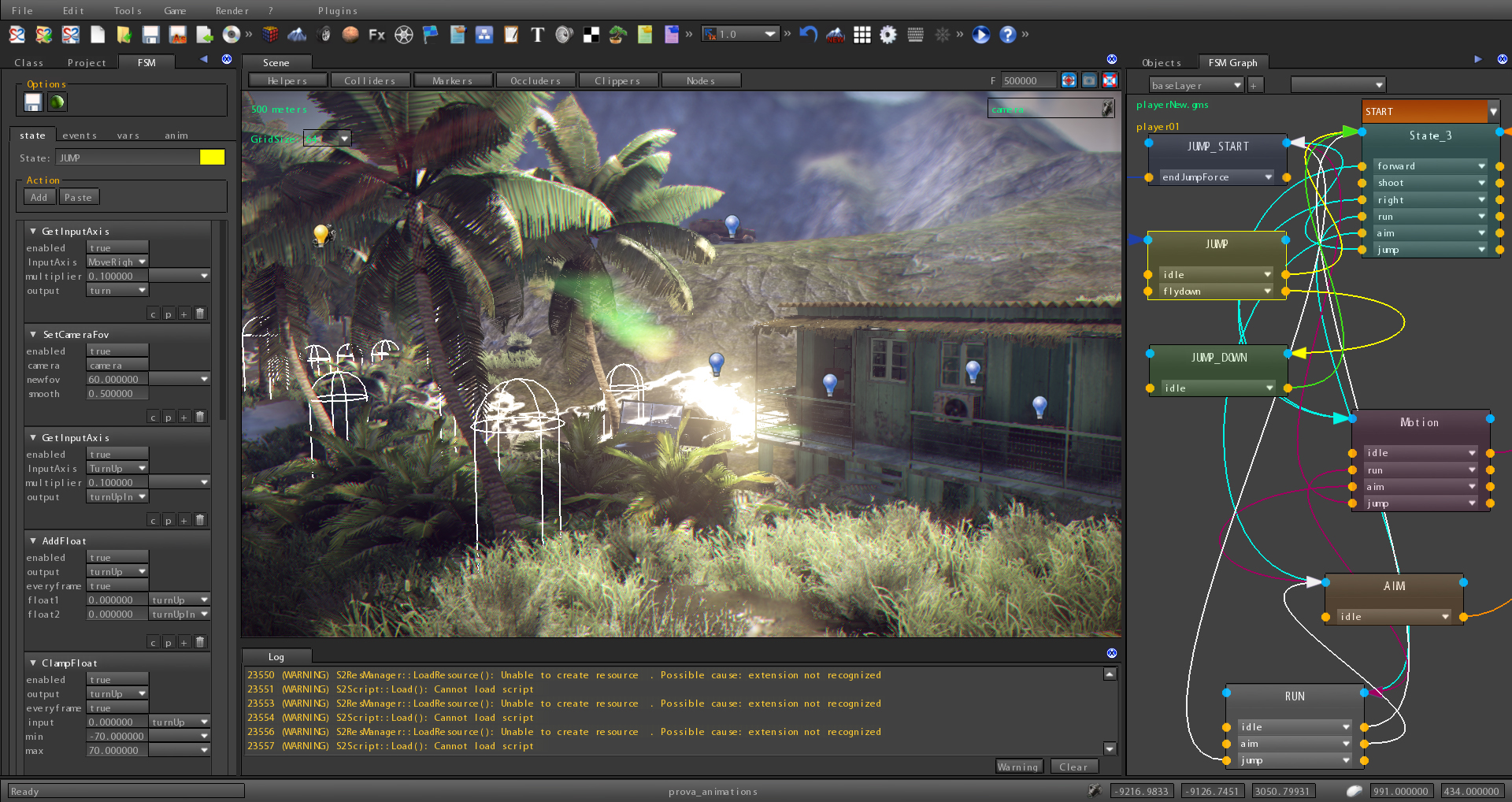 The system is based on a Layered Finite State Machine, a new resource that can be loaded inside an object. Every layer is associated with an animation channel (that can be masked) of the owner object and is composed by states and transitions between states. In any moment an object is in a state that changes basing on events generating transitions to other states.

States are associated with an animation and execute Actions. Animations can be blended when transition occurs. Actions perform specific operation basing on their type and can use/store variables defined by user. A wide variety of actions will be available for performing all necessary object logic operations.

When run the game simulation the editor shows, in realtime, the current state of selected object, transitions between states when an event occurs and variable values. In this way debugging logic is greatly simplified.States and transitions are showed as a graph composed by connected nodes.

Many improvements has been made in weather system technology. A new rain drops shader has been implemented: now rain is influenced by wind and has effects on all objects simulating drop splashes. A new type of decal with a specific shader has been introduced: puddle. Puddles react basing on the amount of rain in the scene:

A new, more pratical, input mapping system has been implemented that lets to easly assign keys, buttons, triggers to user defined labels that can be managed inside GameMachines or scripts.

Cutscene tool has been extended to support all teewnable object and scene parameters.

Other new types of track as been added: 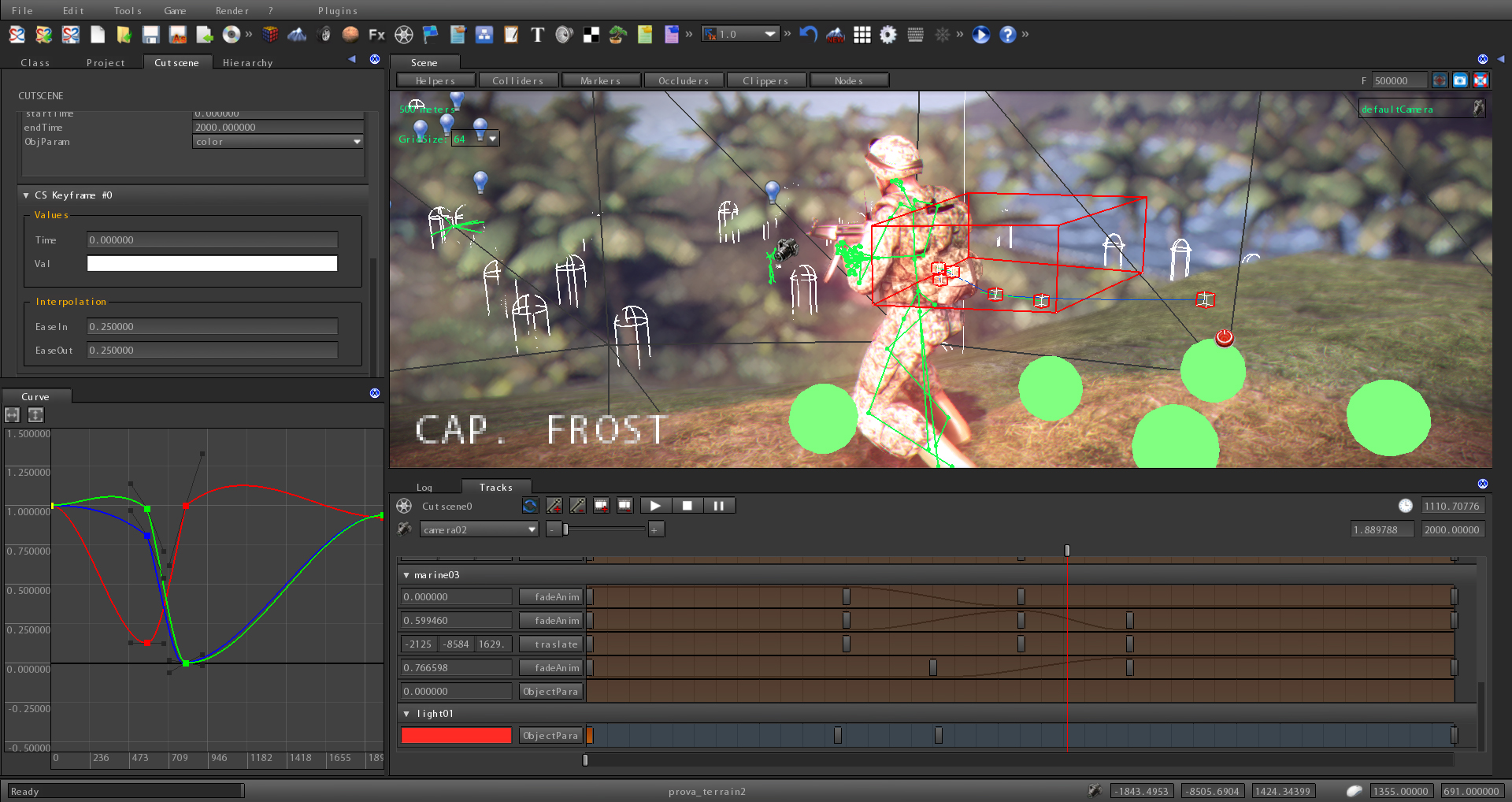 Now selected track curves are showed as splines into a Curve View that lets you to easly modify keyframe position/value and track curve shape.

An already produced plugin is

With this plugin you can build any type of building from houses to skyscrapers. The tool lets you to set how many floors building must have, roofs type, windows type, balcony type, textures and many other customizable parameters. Like all other editor plugins it will be furnished separately.

Scene Hierarchy management system has been greatly improved. For example you can now easily drag&drop items directly inside scene, on an object node, to attach them to it.

With S2ENGINE HD 1.4.6 version a new license system has been adopted.

The following is the price list that will be offer:

Plugins will be also offered separately with price starting from 19.99€ (depending on the plugin).

Not crowded enough, I must say and the price is really good; I wonder if it still rendering in openGL, that would be amazing?

What are the platform support possibilities?

I would assume that you are just joking. You seriously think he has Source 2 source code and is selling it as his own? This engine has been in development (with the current name) for quite some time.

The new features do look amazing, the visuals look great and your pricing looks very reasonable. I've watched all your videos in the past (hope you add some more) and I was very pleased with what I saw. When I downloaded your engine in the past onto my Intel HD 4000 it never started (didn't realize at the time that support wasn't yet included.) I got a new gaming laptop and I will be trying your old beta on there to see how it runs. I am anxious to see how it looks on there (and now on my old laptop.) :)

I did have some questions:

* VR Support? and not just Occulus, I would like to see Razer's OSVR open source driver supported (this will allow you to support a lot of VR\AR and Input devices without having to include them individually.)
* Cross Platform? Are there any future plans for this?
* Scripting? Is all scripting through the "Game Machine Tool" or is there a language like LUA included?
* How is AI incorporated?
* Will the road editor support train tracks, dirt paths, etc.? Perhaps even streams in the future?
* This version has been in the works for a very long time (I admire your perseverance) but will future updates take this long to release? It would be more encouraging to see bug fixes and features come out more frequently.

Also, your forum is very depressing (sorry, but true.) You may want to purge that and start fresh with updated tutorials, as well and be active on there.

With the great visuals, features and price this engine is very appealing to me and might have a very good shot in the market. I look forward to your answers.

Okay, my question regarding the road editor was due to me not reading your post thoroughly. :) Sounds like rivers are supported.

I could not get the current version (1.4.5) working on my new gaming laptop either. Well, the screenshots are nice, features sound good and the author is obviously very talented. However, I think the key to success for this engine is to test it on as many computers as possible and actively engage with customers and potential customers. Maybe the author will eventually get enough free time to answer questions but, regardless, I am playing with the Skyline Engine and it is a lot of fun.