Post news RSS Rumblies in my ...everything! New Update!

Check out the new helmets, guns, evil suns, what? No that last part is literal. 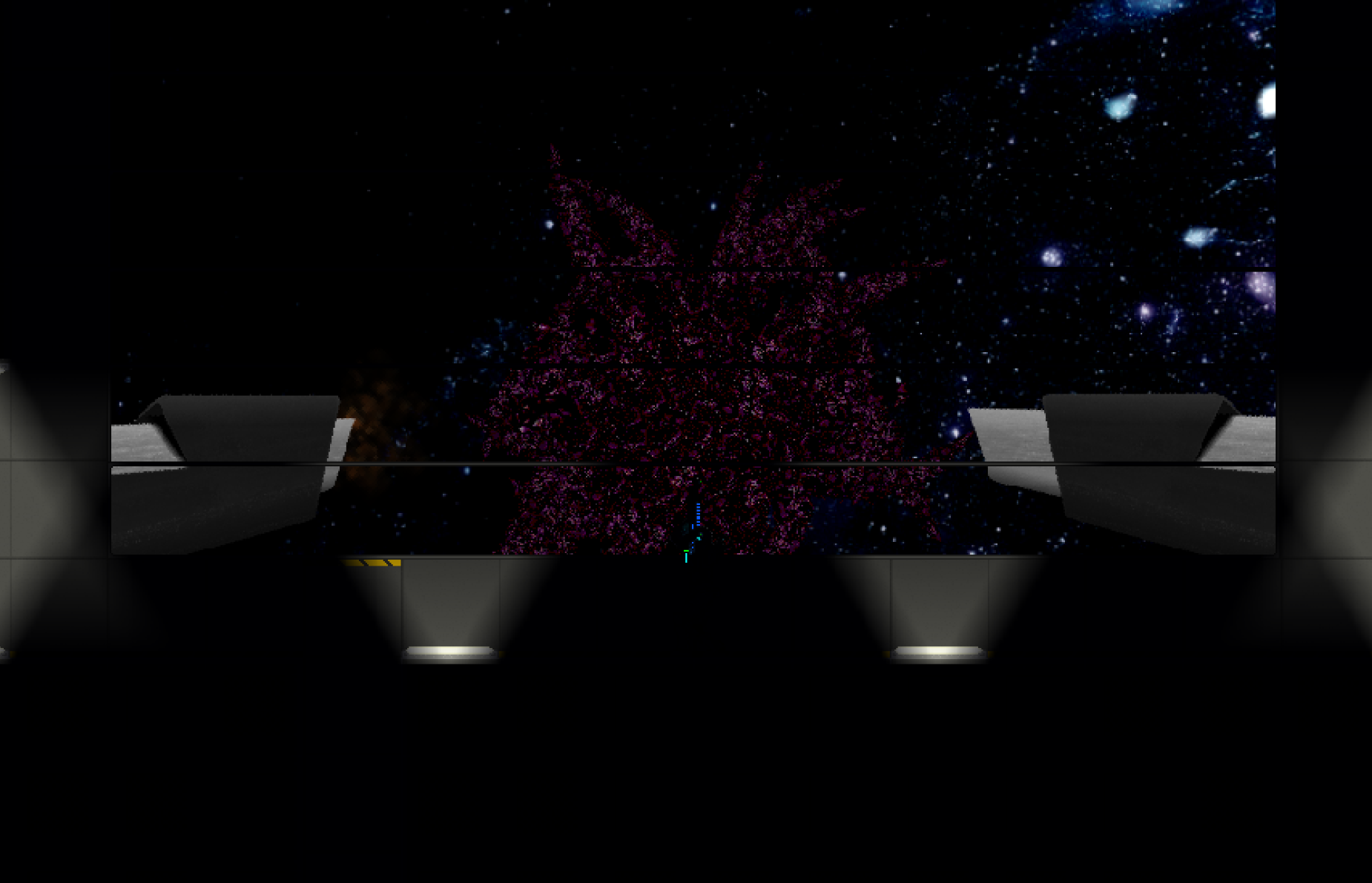 Welcome back! Another update just dropped and I'm glad I got it in good time! First things first, the patch notes!

Changes:
Replaced the gravity block "door" at the start of Engineering B to be an actual door
Changed how missions are presented. You now no longer choose an objective, you instead choose a destination which presents an objective
Changed how enemies target players during certain phases
Changed Generators to use the setup system, and made them more efficient
Changed the speed at which power switches turn power on/off. It is now the same amount of time regardless of the size of the area
Glowsticks and other small projectiles now collide with scaffolds the same way players do 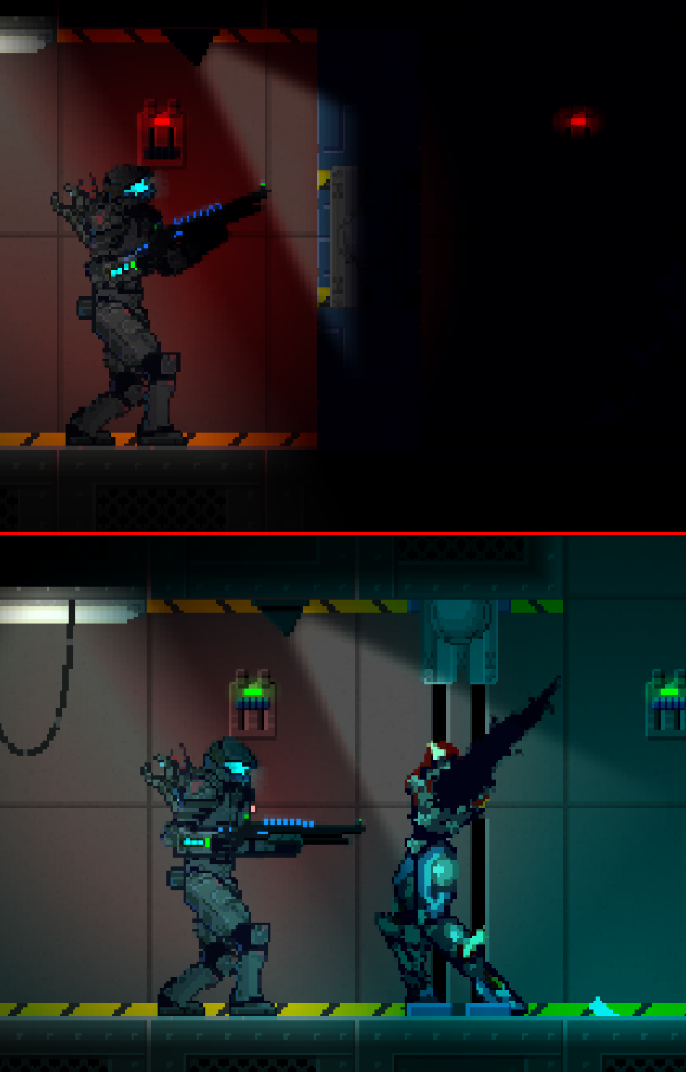 This update took me a while but I managed to dredge through the worst bits of troubleshooting I've had in a Loooong time. One of the issues I was experiencing was that weapons in the lockers were getting randomized in a way that heavily favored shotguns. Turns out that the list I was picking from was... mostly shotguns... oops! Now the weapons are properly randomized!

One of the additions from last post to this one was lights for ladders: 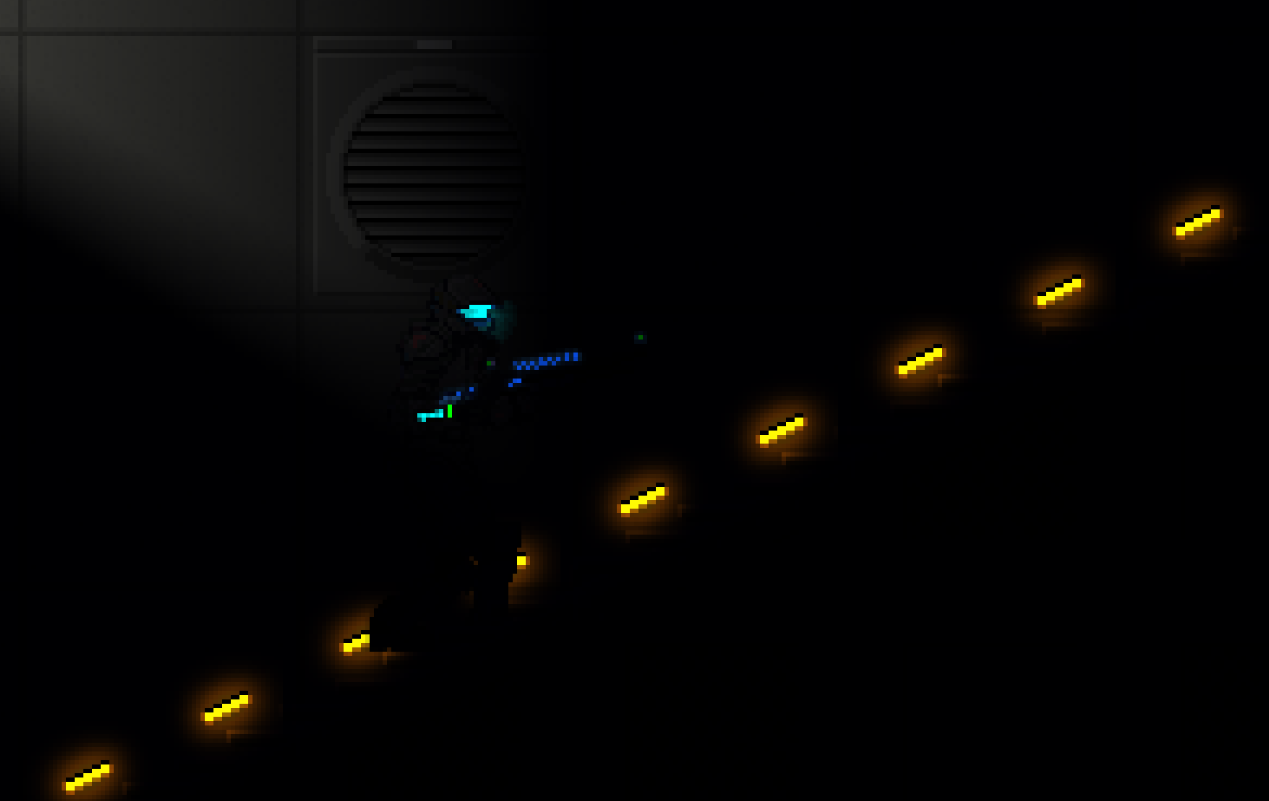 I added them because in the dark it's very hard to tell where the stairs are and it's understandable to bump into walls in the dark, but walking up stairs is kind of uh... not as reasonable. I haven't tied them to the sector's power at all so they're permanently on! Enjoy it while it lasts ;)

There's some new and changed things that aren't in the patch notes because I'm not the best at notetaking/keeping so enjoy the little bonus things that show up!

For now, I'm going to be working on putting together a list of things to add to the game for the future. Feel free to check the game out here: Secure.byond.com or join the discord to give feedback and suggestions here: Discord.gg

Until next time, stay in the light!