Post news RSS Revealing the They Are Billions GUI

In this article we reveal the GUI for the upcoming steampunk rts They Are Billions.

This is the first post of a series in which we will periodically talk about the development and reveal more about They Are Billions.

I am sure by now you have seen the trailer and screenshots with all of the zombie hordes. However, you may not know much about the gameplay yet, which ultimately is the most important part of a video game.

If you have played our first game Lords of Xulima, you will know that at Numantian, we love to create deep and hardcore games. We emphasize on strategy and not the player’s skills. We love to set the player in a challenging and dangerous world and allow him alone to freely explore and experiment without hand-holding, level-scaling, or any forced script programmed in to make you feel a hero. They Are Billions is no exception to this. In They Are Billions, you are alone in a lethal world devastated by billions of infected. Yes, it sounds like a nightmare, but what you do there, your achievements, and your success will only depend on you.

In some of the comments we have read, some people compare They Are Billions to a Tower Defense game. The is very far from the reality. It a RTS/City Builder/Tactic game. There are 9 resources to manage, more than forty different buildings to create a successful colony, military units to create an army, and a lot of various defensive structures.

GUI Image
And now let’s talk about the game. This is the first screenshot published with the GUI. 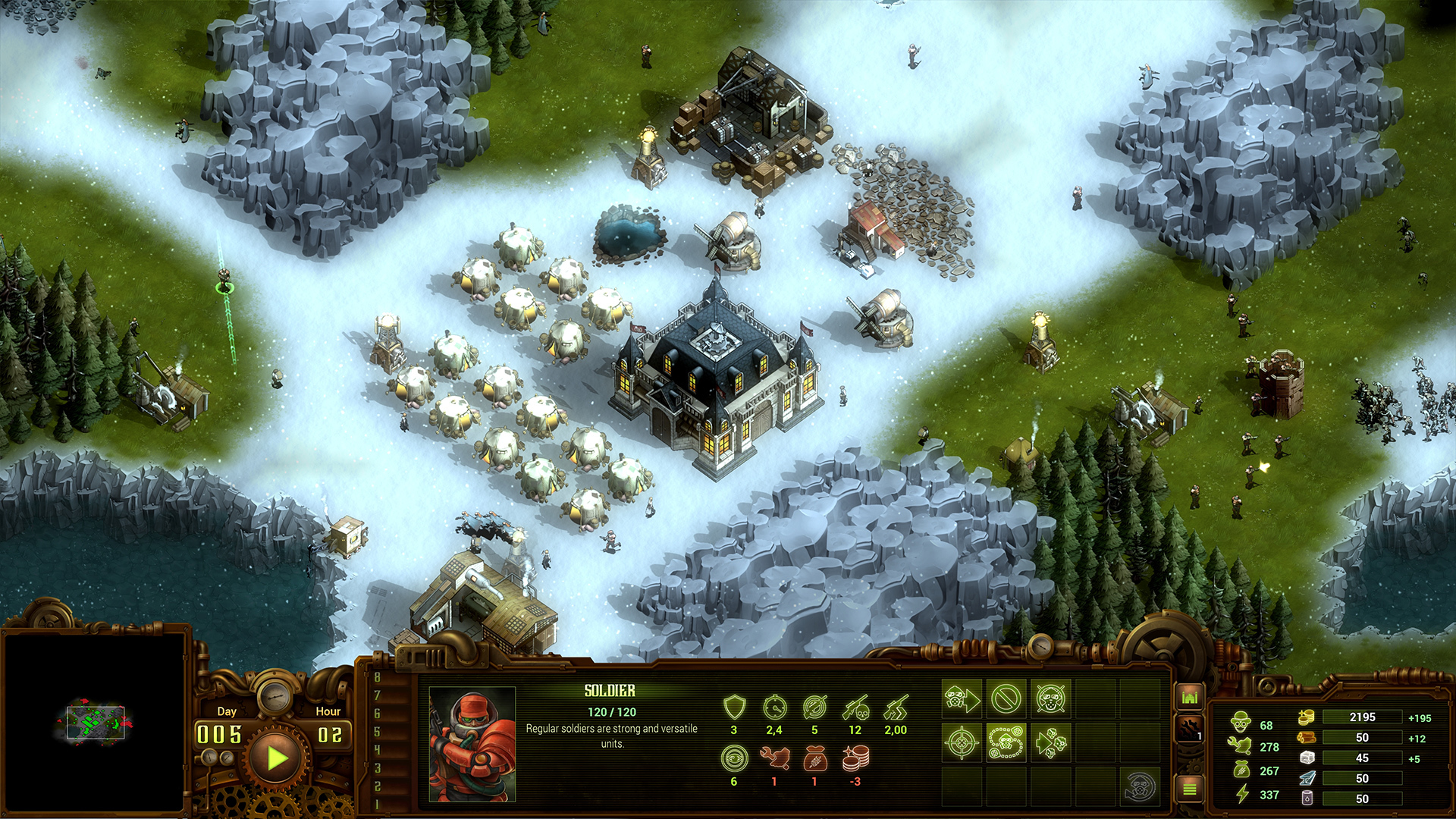 As we have played a lot :), we have reworked the GUI several times to have the most useful one. It is similar to other RTS, so if you have played others before you will be very comfortable with this setup. There is a minimap that shows you the land explored; your colony in green and the enemies in red. Enemies only appear if they are being watched by buildings or units.

Next, there is the Pause/Play button. This feature is very important in managing your colony, allowing you to build calmly and strategically at your own pace. Also on the interface, you will notice the day and hour of the colony. 1 minute of real time is 1 day in the game. For example, in the Survival Mode, you just have to survive for 100 days. We will talk more about Survival Mode later.

Next, you will see the main area that displays the units or buildings selected with their properties, attributes, and commands available. This screen changes depending on what you have selected. All commands to build structures is done at the Command Center which is the main building of the colony. If the Command Center falls to the infection or is destroyed, it is game over.

And finally, to the right, you will see the status of the colony. This shows how much food, workers, energy, and colonists are available to be used. It also shows the storage of resources needed to build structures and units. These resources are continuously collected by the colonistswhich include: wood, stone, iron, and oil. It shows your current stock, the storage used, and the production on the right.

And that's all for today! In the next post, we will continue talking more about the gameplay.

That looks like Starcraft 1's GUI, and that's a good thing! Ooohh boy I'm excited for this!

gui, interface, they are billions