Details on the release of Vindictus, a new character, Evie the Witch, alongside a major change to the Token System.

Ever since we announced Vindictus, many players have been looking forward to the day when we would introduce Evie. Well, that day has arrived! Beginning October 27, Evie is now the third selectable mercenary in Vindictus!

As our way of welcoming Evie to the battle, we are introducing a special event for all players who use Evie. From October 27 through November 9, all Evie characters who reach level 15 or higher will receive a Free Hair Trade Coupon (30 Days) following the scheduled maintenance on November 9!

Here’s a bit on Evie’s background:

Evie is a powerful magician who supports her allies with both her spells and alchemical abilities. Wielding a staff, she summons golems, revives allies, and uses ancient magic to perform devastating attacks. While her cloth and light armor prevent her from handling enemies up close, it would be difficult to call such a masterful magician anything but a force to be reckoned with on the battlefield.
Not much is known about Evie’s past. While it seems clear that she’s from the East, this evasive young woman tends to smile and deftly dodge any questions about her history. An elegant enigma, Evie chooses to express herself entirely in combat.

A few of Evie’s skills: 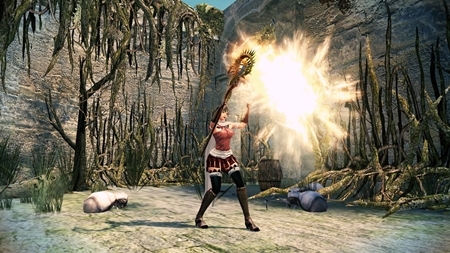 Evie shoots a bolt of fire from her magic-infused staff. Mana must be gathered for a very long time first, so plan carefully. This spell has a very slow firing speed and range, but the damage caused is incredible. 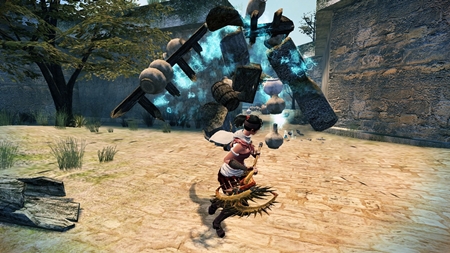 Golems attack enemies for a fixed period of time. Be careful, as Evie takes damage when her Golem is attacked. If Evie becomes incapacitated, her Golem dies. 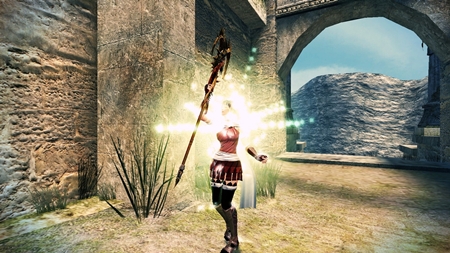 Evie can restore a party member’s HP. To use this spell, Evie must have a Healing Rune assigned to a Quickslot. Evie can select the party member to heal by pressing [ALT] with a number key or by choosing from the party window.

Be sure to check out all of Evie's awesome skills and spells and don't forget to participate in our special Evie event!

We've been watching and listening very closely this week as you've bandied Vindictus' Token System back and forth. Given the seriousness of this issue, we've taken some unprecedented steps to make sure that any response we gave on this issue would be extremely well considered. After numerous internal discussions and meetings regarding this, we've even met with a select group of players to make sure your views were represented.
After considering many ideas, we'd like to announce the following changes to the Vindictus Token System:

The Vindictus team would like to extend our heartfelt appreciation to the Vindictus players who came to our office to discuss this issue. We found this meeting an extremely positive experience and we were impressed with their maturity and perceptive insight into the game, the token system, and about Vindictus in general.
We would also like to thank everyone who took the time to post to our message boards and send in emails. Your passion and your voices are important to us and we truly value your contributions. In the future, we're looking forward to working with the community to make Vindictus the best game it can be..
Thank you all for your patience as we fine tune the Token System. Our commitment is to create the best possible experience for the Vindictus community and we greatly appreciate your input.
See you at the docks!