First release date was the end of December, but now it moved to 2015. 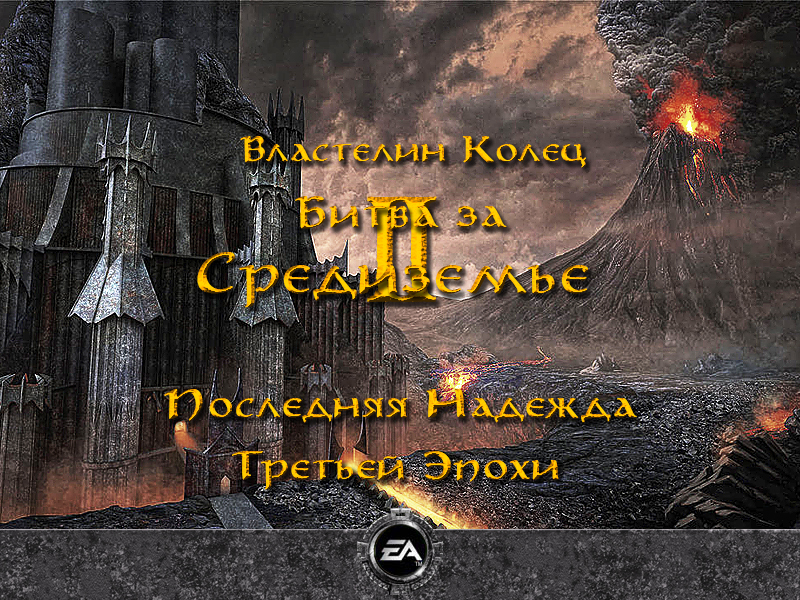 All hi and Merry Christmas.

Who not know about The Last Hope of the Third Age, I offer look on the last articles and media of new version TLHotTA 1.1 and mod's story: one, two, three, four, five.

So, I have to move release date of TLHotTA 1.1 because last month I didn't have enough time to work on the mod. Well, it's ordinary situation and I don't think that someone would be surprised)
Updated date - mid-January 2015

And now I want to show you some new additions.
Updated Rhun chariots: 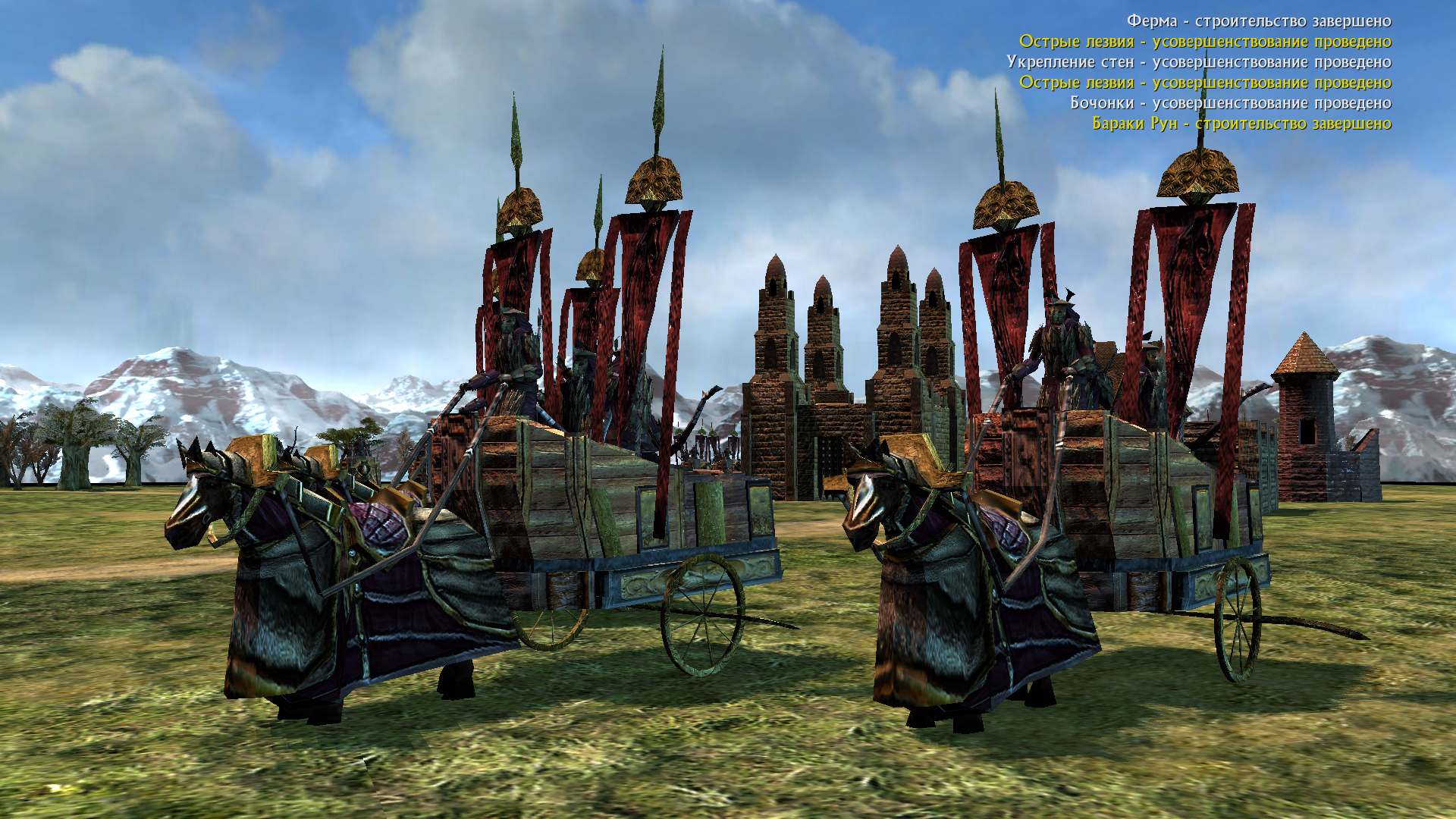 You can improve them by:

And Mithlond nobility with maces: 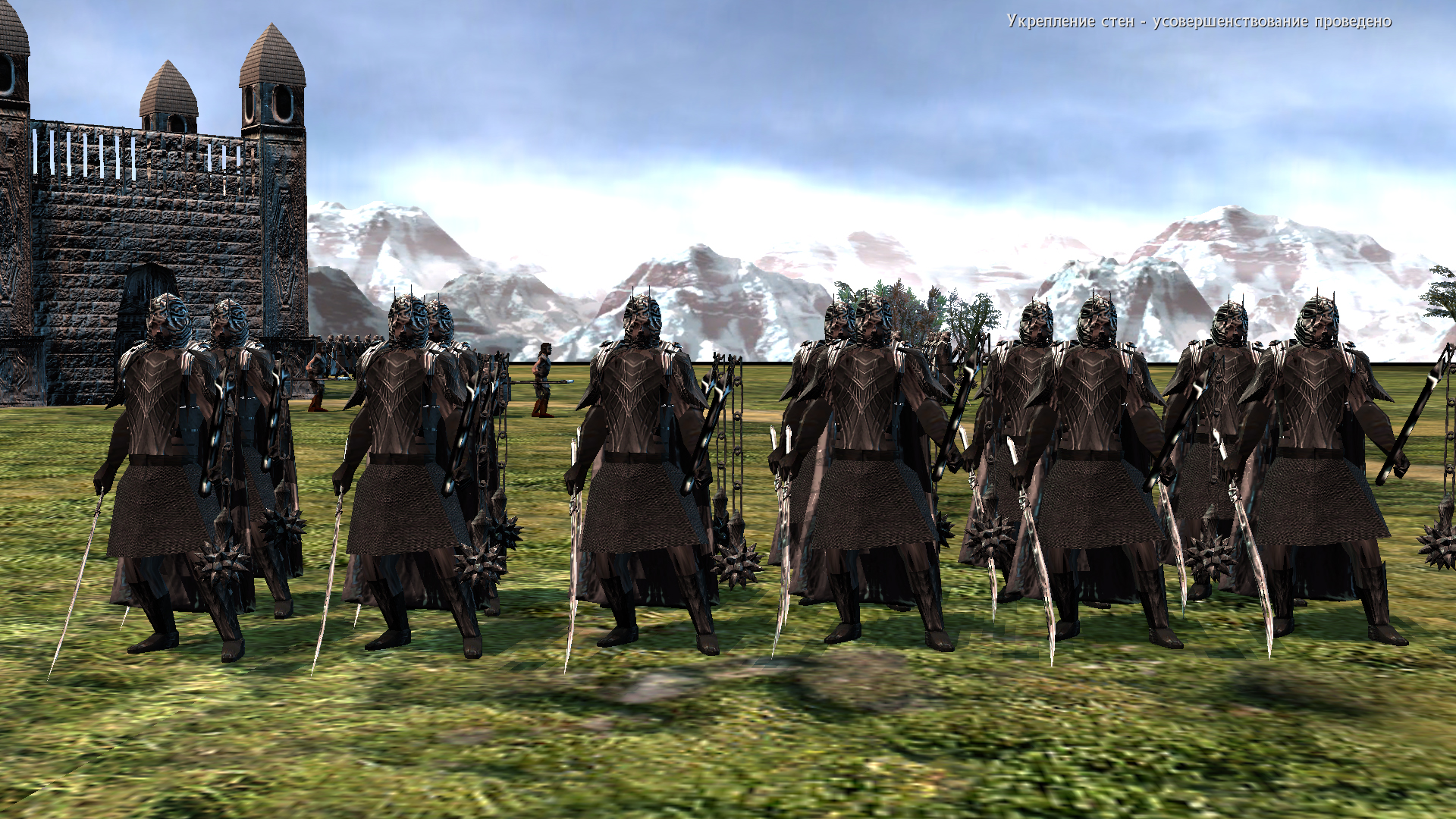 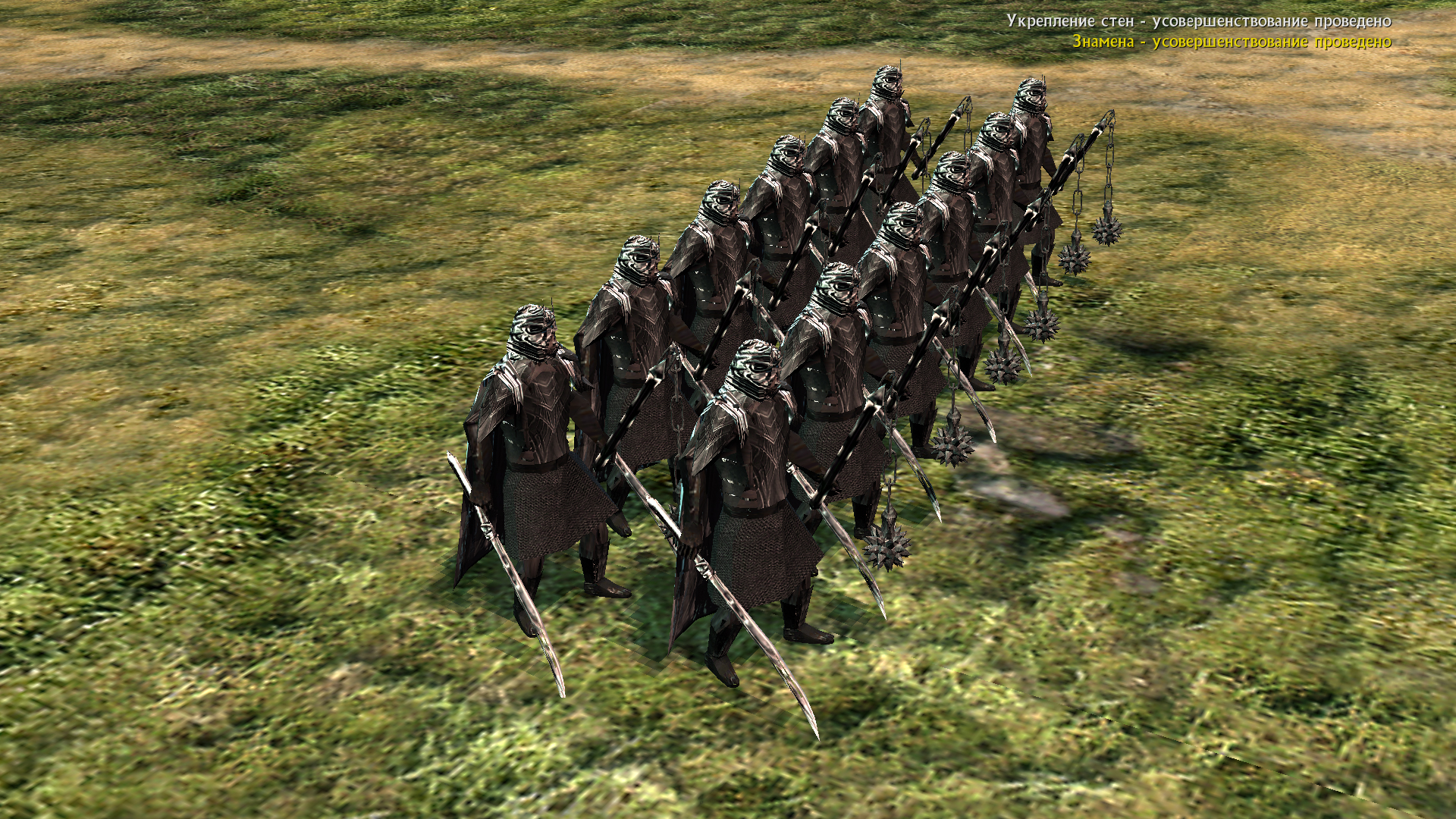 So, in contrast with nobility with great swords, they deal more damage to enemies, but they are slowpokes.

Unfortunately, I can't say it =/
Almost all bugs were fixed, but I want to add many updates and I think, that it would be better to release all of it in the next 1.1 version.

Because I'm really excited to new release.I really would like to play this new update?
How many factions will have?

And I really want to release new version of the mod and play it :P
New version wouldn't have new factions. But it will have more opportunities.
So, I will show some updates soon.