Information regarding when to expect the first release, along with what to expect in the coming months.

So it's been a while, a very long while since our last post. No we didn't' belly up, or lose any important members that put us to a stop. We've just been pretty much distracted with working so much that the months flew by us and before we knew it we've gone 4+ months without making a peep. Well we are back on track now, and we have a bit of an update for everyone. First off, let me say that we've been making a lot of progress and have been working hard on the actual gameplay lately, we have a few new game play mechanics to introduce to everyone before we go on to talk about the release date. 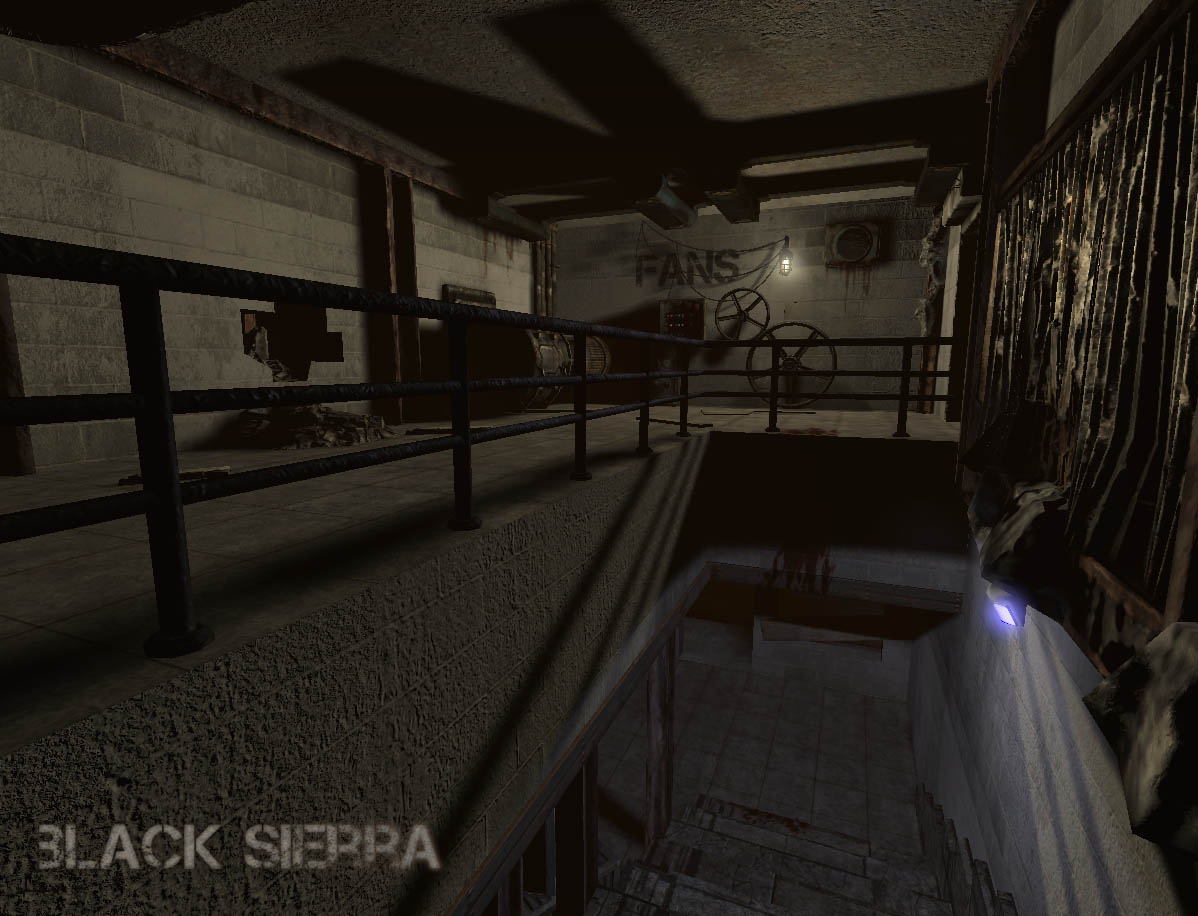 Death System (AKA: Ghost System): When it comes to Black Sierra, we're aiming for a more traditional style first person shooter. We're not looking for crazy RTS stat building, perks and weapon unlocking/customization galore. So when it came to dying, we weren't interested in making a regenerating, or reviving system to keep gameplay going. We wanted it to be like the old days, where you can, and will die. However we didn't want to kill players off entirely, as maps can get pretty lengthy these days, and if you die early off it does sort of become a bore. So we've decided to try a new way of handling death, we call this the Ghost System.

Basically, what happens is everyone has unlimited lives, so when you die, you respawn. However; when this happens, you drop all your weapons where your previous body was, which can then be snagged by team mates, or you can retrieve them after you respawn. Players respawn in a checkpoint based system, which they unlock checkpoints as they progress. Now this is where it gets a bit funky, after you respawn you only spawn with a pistol and a few clips, so you have to find a weapon relatively soon if you wish to live, however after you die you're marked as a "Ghost". Now everyone only "lives" once, but can respawn an unlimited time. So once you die, you're marked as a Ghost from that moment on. When everyone dies at least once to be marked as a Ghost, game over. And the map is reset and players have to start again. However; all hope is not lost as players are able to bring back their "Life" status through Medical packs found throughout the map. A bit confusing to explain, but this allows new players to keep playing as they get use to the game, without completely removing the fear of dying. 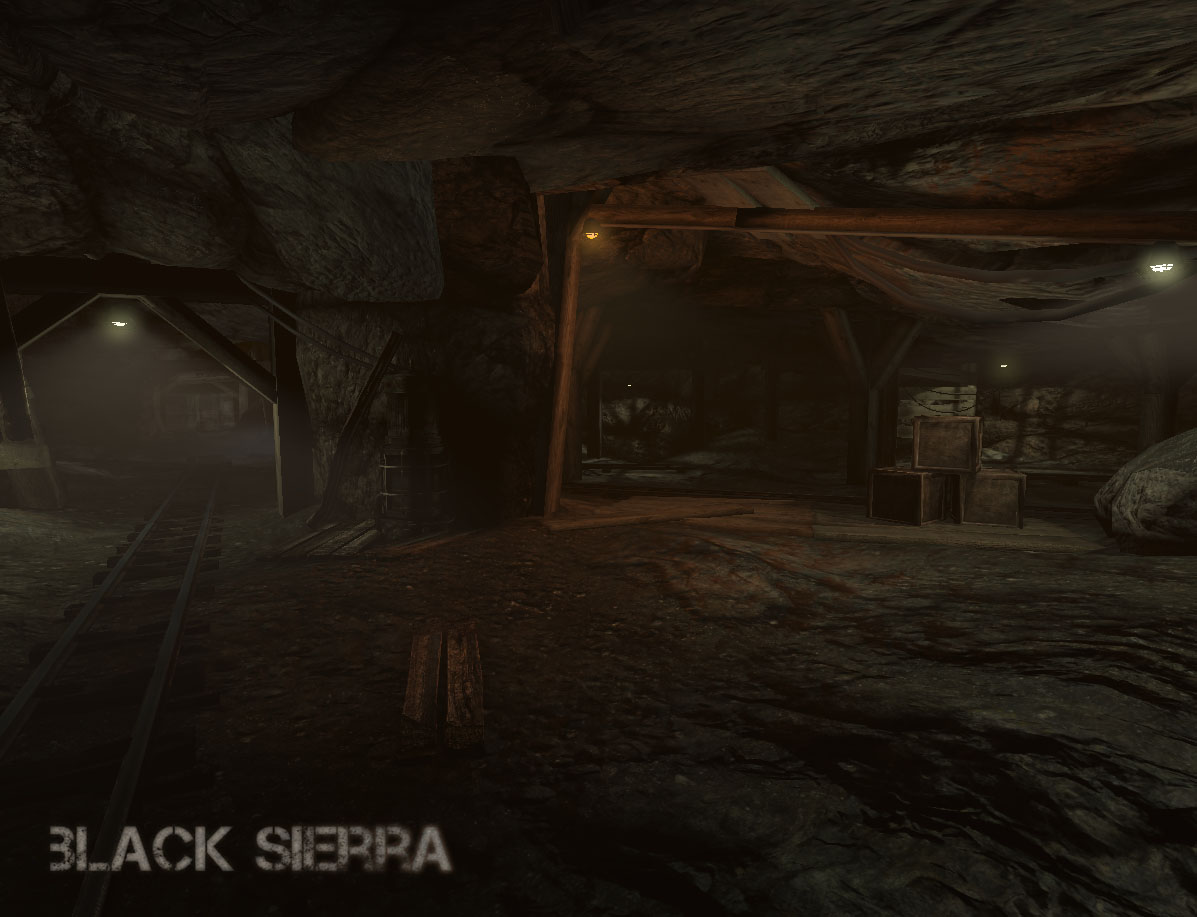 Smart Spawning System: This system is designed to keep items, weapons, and ammo random. This spawn system calculates the difficulty setting, all players load outs, their ammo count, as well as map specific restrictions a mapper may set. This allows for multiple things to happen, but most importantly it keeps things fresh. Players can't rush for the best weapon spawn as it will be completely random, in fact it may spawn nothing at all. So players must keep searching even areas that may not have had anything previously in order to find weapons each new game.

Now those are the two biggies game play wise that's been introduced lately, there have been quite a bit of additions but we'll cover those another time. Right now we are planning a release, this week even. Hopefully no later than the weekend, however we don't have an exact day just yet, we're currently busy trying to polish some more things including adding in the updated player model. 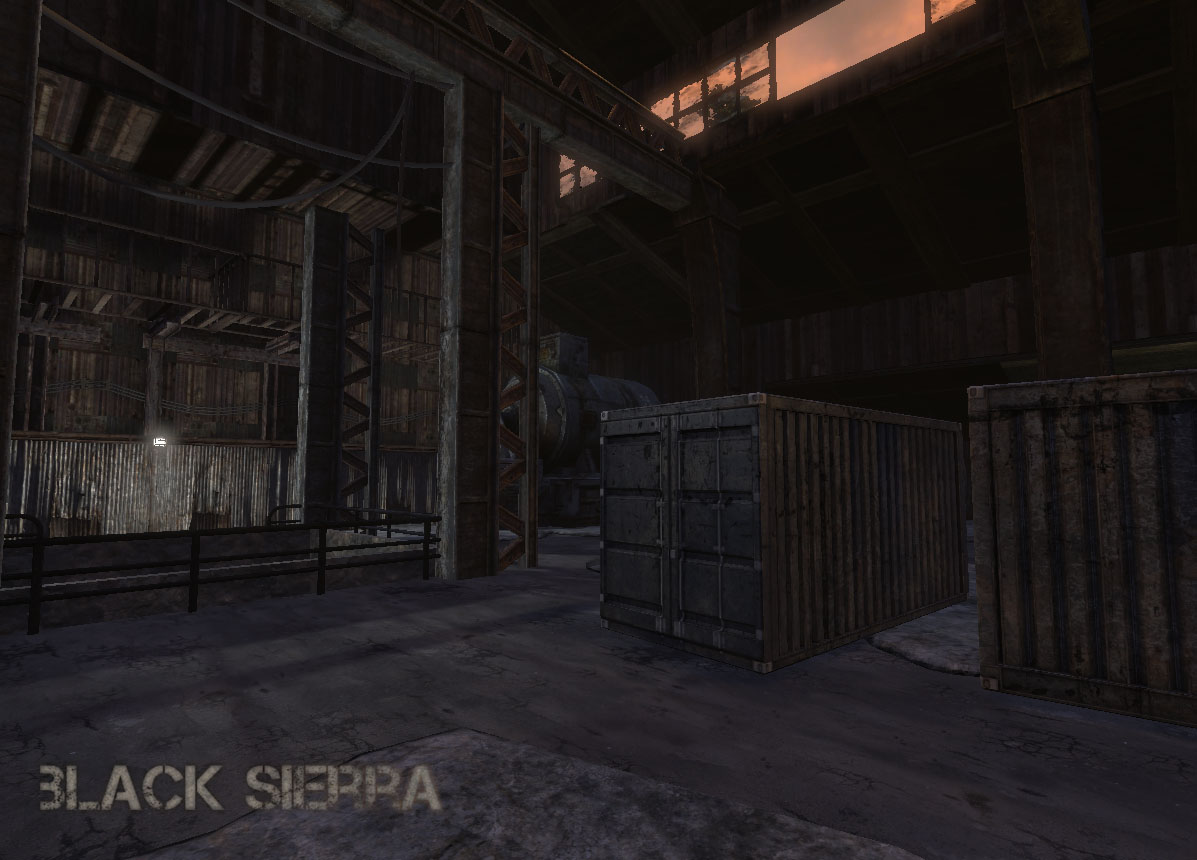 However, as it stands for the very first release there will be no custom monster. Yes it is actually in the process of being worked on, and there may even be a few glimpses of it during the release post. However it won't be in-game due to the fact that I wasn't able to texture it, and then get a complete rig with animations in time for it to be coded, and tested properly. There will be only a few maps to begin with, a small taste of how the campaign will work out in it's unpolished form, and then a "Scenario" type map where players spawn without weapons, and must search for them before the monster invasion comes running out to feast.

There has been an over-haul to our website. The "About" page has been redone if anyone is interested in a little more information regarding the game in general. Including features, story, and gameplay information not previously mentioned. You can find it here.

Last but not least, here's a vid one of our testers created. Enjoy.

You guys seemed almost dead after such a long wait!

Everything is looking top notch.

I love the music on the video too !

can't wait, well, actually I can , but it FEELS like I can't wait

I thought the whole ghost system would respawn you as a monster, as that would seem more obvious i guess. Even though you only respawn with a pistol... your still respawning and helping your team and making it easier for them to complete the objective. Idk if it sounds better ingame but im not to sure if i like the idea so far, great progress with the mod though, it seems as if everything is coming together nicely.

I'm not sure if I am suppose to ask this question at all and if the timing is even right, but how about becoming a tester :D ?

We are having a public release very soon. If your interested in giving feedback when it does, we'd be grateful. :)

These Creatures seem to be a little bit to weak, and you still need to have proper animations for the iron sight switch to implement, but the rest looks fine :)
All I fear is that mod is getting a kind of L4D like were you never have to fear about ammo because you always got so mutch left or a least pistols...

Read over the features again. Ammo is made to be random, and not in abundance for military grade guns. The player must seek out civilian guns if he wants ammo, so it leaves him the choice: Power or ammo?

Of course when you die yo have a pistol with like 2 clips to survive off till u get a real gun, which really isn't much. I don't think there has ever been a game that has given you such a massive amount of ammo as L4D has.

It's actually called Cradle of Filth - Castlevania. They made this version but yes it is tectonically the remake of that so they are both right.

Now it became more interesting. For sure going to tast it.

So glad to hear this mod is making progress.