Happy New Year! It's the first release of 2015 and we've got some tasty treats for you today. Tasty treats in the form of pies... because we've added Game Statistics!

Happy New Year! It's the first release of 2015 and we've got some tasty treats for you today. Tasty treats in the form of pies... because we've added Game Statistics! 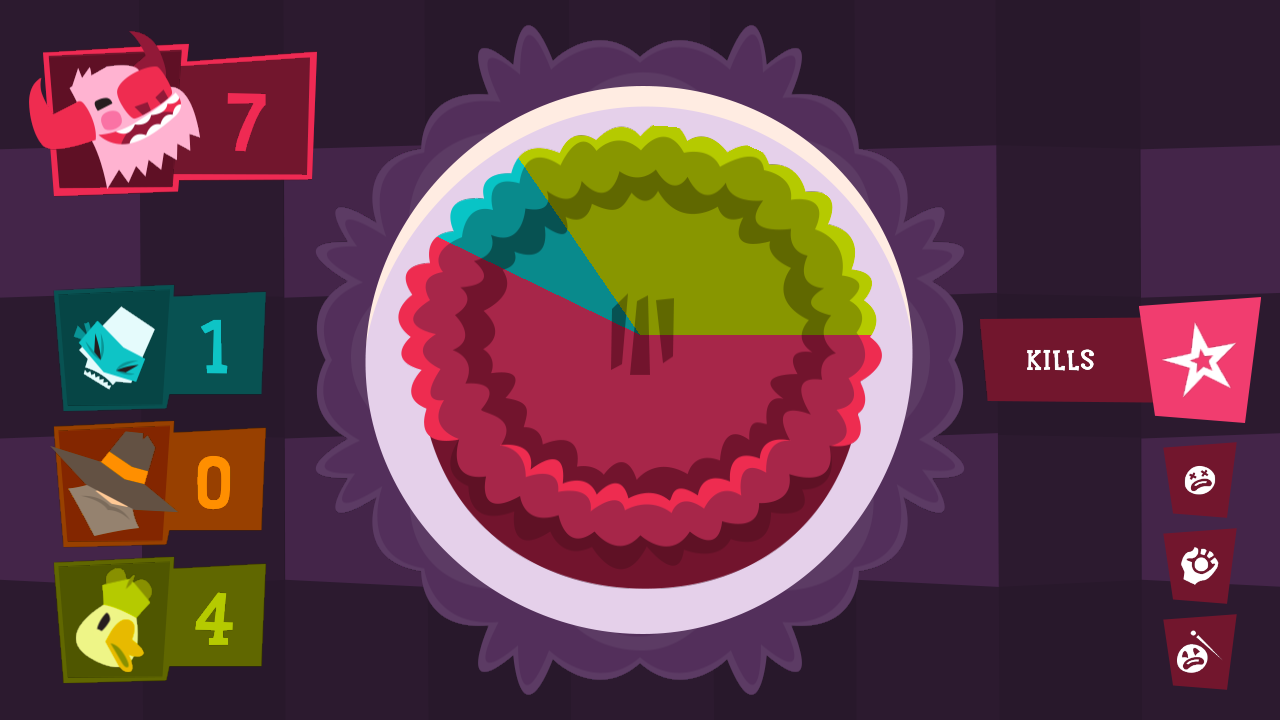 A quick shot of the table layout. Pie served up warm!

As you can see, so far we are recording kills, deaths, bullets caught and bullets that nearly hit. We'll be adding lots more stats as time progresses; things like number of taunts (hit the d-pad), suicides, furniture destroyed, finger of god kills, bullets fired, and more (that we haven't thought of yet)! There are a few remaining bugs with this screen, such as only the Winning Player being able to cycle through stats, but these will be fixed in the next release. No doubt! 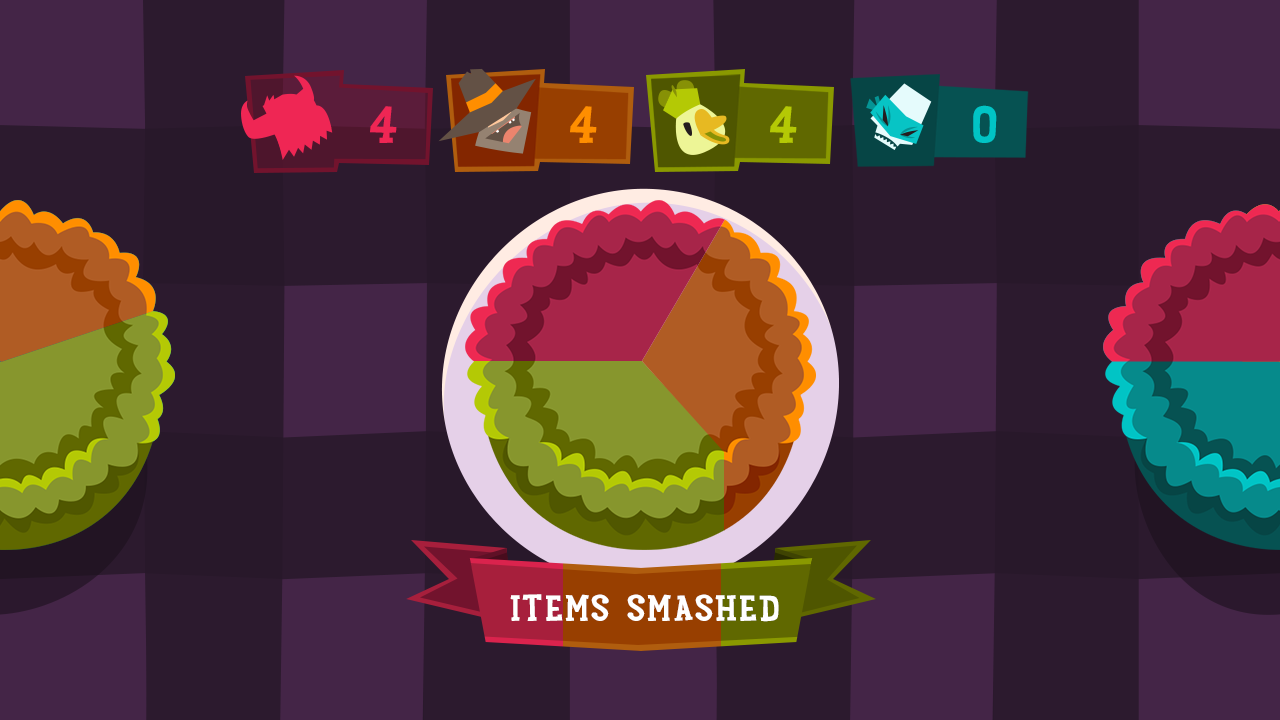 A different iteration of the stats screen. 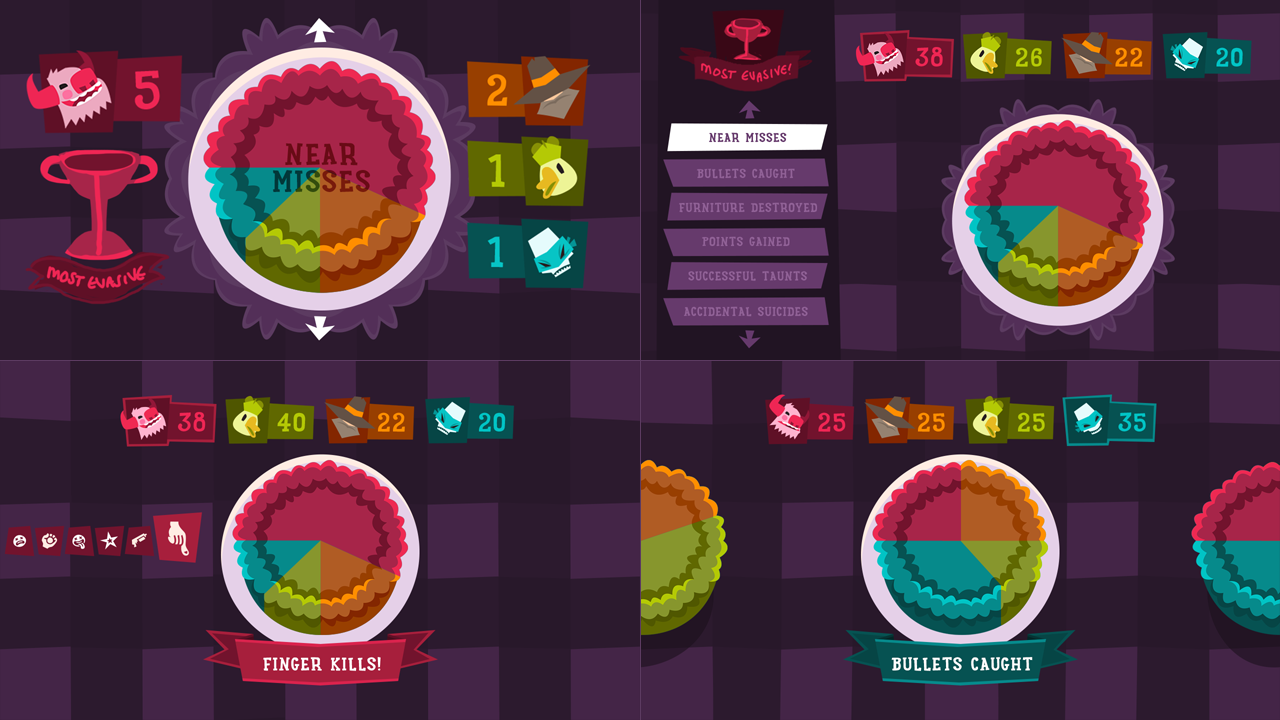 And another set, because why not?!

Aside from that, we're still working hard on all of the new menu screens; cool & illustrative art, slick transitions, ambient audio effects, and lots of other jazz. Hopefully this will be ready soon so we can get back to working on the game content. Brace yourselves, it's going to be awesome.

Let us know what you think of the new content on Twitter, Facebook or here on IndieDB in the comments. Please watch the game page for future updates too. Stay friendly! :)