Greetings Troopers! And so we bring this latest campaign to a close. With only one territory left remaining on the Galaxy Map, and both factions being so evenly matched, everything hangs on the outcome of that most iconic of Star Wars battles, the battle of Yavin. 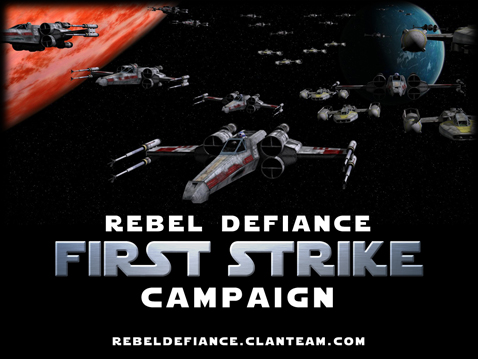 And so we bring this latest campaign to a close. With only one territory left remaining on the Galaxy Map, and both factions being so evenly matched, everything hangs on the outcome of that most iconic of Star Wars battles, the battle of Yavin.

THE FINAL BATTLE: BATTLE OF YAVIN 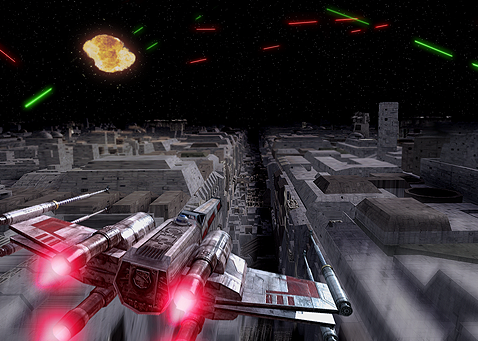 So it all comes down to one key battle which shall decide the fate of the galaxy. Throughout the campaign the fortunes of the Imperial and Rebel Alliance forces have been patchy at best, neither faction seemingly able to convincingly gain the upper hand over the enemy. One devastating loss by a faction would usually be followed by a resounding victory elsewhere, so as far as a final victor was concerned it was always going to be too close to call. Initial battles in this war had gone in the Empire's favour, but then the Rebels got their act together and scored some significant victories, but then once again the Force seemed to be with the Emperor's troops, as the Empire scored some major battles that finally gave them superiority within the Outer Rim regions again. It surely looked as if order would be restored, and with the completion of the Empire's finest and most devastating weapon, the Death Star, there was only one key Rebel installation left in need of annihilation, their not so secret base on Yavin IV. And so the mighty station set course for Yavin, victory was finally within their grasp.

Arrogance was always a problem within the Empire's high command, and it would make them suffer a bloody nose this day. Smirking at the small flotilla of snub-nosed fighters that the Rebels had deployed to intercept the moon sized behemoth, the Death Star's commander didn't even deploy all of his fighters to intercept the advancing enemy. Launching only a limited number of fighters, he toyed with them as they made futile bombing runs on his battle station. Until an aide informed him of the very real threat highlighted by an analysis of the Rebel attack plan. Intending to launch additional fighters to finally put an end to this folly, unfortunately to compound the error technical difficulties resulted in a lot of the station's launch racks being temporarily inoperative, preventing additional TIE Fighters from scrambling, and making the the station's defensive fighter screen critically low at a crucial point in the battle. The brave Rebel pilots duly took advantage of this, very swiftly identifying and destroying the Deflection Towers in the area that would have to be disabled to allow the starfighers access to the trench run to primary target.

The Imperial launch bays finally got their act together, the racks were on-line again and a fresh wave of TIE Fighters were launched, but it was all too little too late. Regrouping into flight groups the TIEs patrolled over the trench taking down any Rebel ships they could find, but a sneaky Y-Wing pilot managed to blind side them by coming in from an unexpected attack vector. He fired his torpedoes successfully down the exhaust port, but the steep angle of his attack run meant that he was unable to pull up and made the ultimate sacrifice as his vessel dashed into floor of the trench in a fountain of glowing debris. The Death Star was then destroyed by the resultant chain reaction in its core leaving the Rebel Alliance victorious. 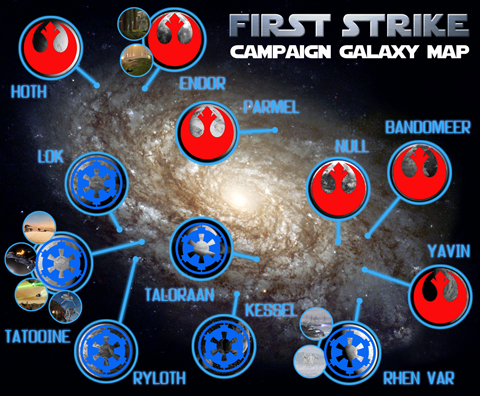 So victory on the endgame map of Yavin has seen the Rebels snatch a narrow victory from the jaws of defeat. Once again the decision of Rebel fleet command to utilise heavily armed and shielded powerful starfighters has won the day against the weaker, but faster and more maneuverable Imperial TIE Fighters. Congratulations to the Rebel faction on their first campaign victory. 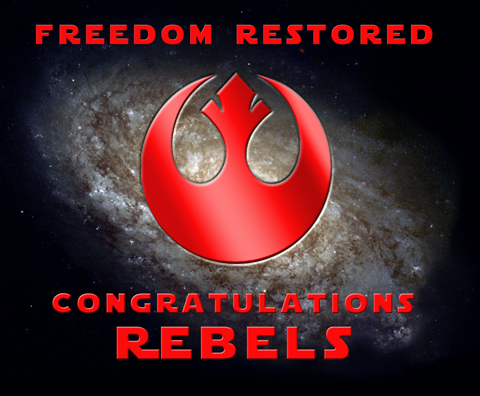 So what of this coming week? Well the campaign may be over, but still head on the Rebel Defiance server to celebrate the Rebel victory and indulge in a few games of First Strike, the more the merrier!

Following the completion of our recent campaign it would be great to get feedback on how it was run from the players who participated. What are your thoughts on the event? We ran it a slightly different way to the campaign events we've had in the past, so we'd consider your feedback valuable. What worked? What didn't? Give us your opinions, and ideas on how we could make the event better/attract new people etc. Or just give us a pat on the back if you thought it was just perfect as it was. It's all useful information that might get acted upon next time we run the event.

Just follow the link below to leave your feedback. Cheers:

And thanks to everyone who participated and helped to make it a fun time for all.