On this first month of the year, I'd like to introduce another of my fanmade total conversion project, Dota 2: Heroes Clash. It is a fast-paced, fanmade Battle Arena themed map featured with heroes from popular Dota 2 franchise.

On this first month of the year, I'd like to introduce another of my fanmade total conversion project, Dota 2: Heroes Clash. It is a fast-paced, fanmade Battle Arena themed map featured with heroes from popular Dota 2 franchise.

Due to 8 MB multiplayer size limitation, I plan to create a separated version of this project in the future: Multiplayer Version and Full Version, Full Version will have more contents, heroes and especially alternate costume sets which player can choose. Having characters various alternate costume has been my personal excitement for developing this kind of moba adaptation project, therefore full version is created for non-multiplayer size purpose. Along with my League of Legends: Arena, I plan to develop both of these project until I could include at least around 30-40 available characters.

"There is already HQ Dota 2 conversion called war dota, what making this different?" This isn't a total .mpq project but only a single, playable map for wc3. Therefore the size wouldn't be reach hundred MB or even GB and due to the genre is being a battle arena, all levelable passive abilities from the original Dota concept will be revised into active version, but that doesn't mean all heroes doen't have passive at all, each heroes have one of their own unlevelable passive.

Killing Spree, Dominating, Wicked Sick, and so on! One of the iconic feature from Dota is a kill chain notification, therefore I include this feature here as well along with it's own announcer voice clip. There is also more than 60 items with it's own icon from the original Dota 2 to costumize your hero and made them stronger along the way. The iconic creeps, Roshan the Immortal is also featured in the game as both the game powerful boss, as well as secret playable character you can unlock. 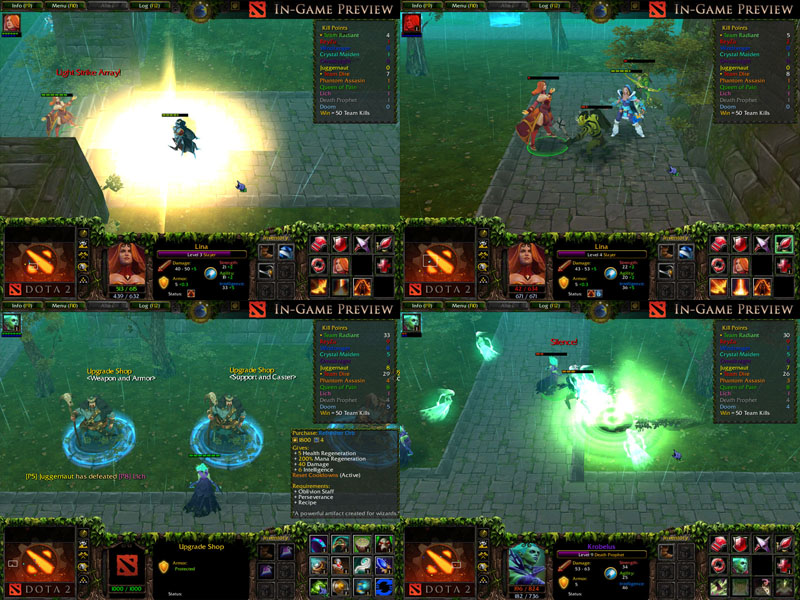 Btw how do I play with other sets?