Fifth progress report for Sword&Scroll, detailing the major changes. The focus has been on improving stability, multiplayer, gui and the shaders.

It's time for another progress report on Sword & Scroll. The majority of the time has been spent debugging, making the game more stable, balancing and so on, so in the feature department there is not so much to report but there's still some stuff.

In this area, the majority of effort has been put into increasing the stability and making the code more robust. Feature-wise, the need of connecting via IP to some game you have no knowledge about has been abolished (but of course you can also still do this) and a match maker server has been introduced to host games to make it easier to find people to play with. 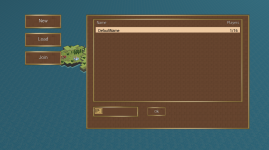 The two most noteworthy points here are: 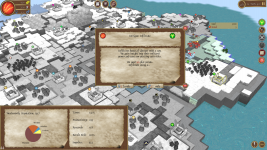 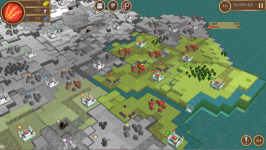 I have also started on the long, long, long journey of beautification, at least on the shader side. Model and texture wise, there has been no major work done. But for the shaders, a lot has been done, to mention the main points: 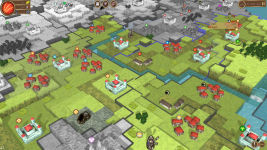 Currently I am working on exploration, in particular on allowing the AI to incorporate it into its play-style. Otherwise, the focus will now shift into the direction on adding more actual content to the game and making it look better.See you for the next update!

The new effects are an awesome improvement. The game looks excellent, can't wait to see what it looks like when it's fully complete!