Final version of first person rail shooter called Procedure has been released on PC. The game features procedural generation of graphics and animation, destructible environment, experimental level-up system and tons of software bugs to destroy with your own hands.

When your PC suddenly freezes up or browser displays a page incorrectly how often do you think: "Damn buggy software, why they can't do it right?" Well, now it's your chance - with a help of Advanced Combat Interactive Debugger (A.C.I.D.) you can right the wrong and literally destroy digital bugs in your system. 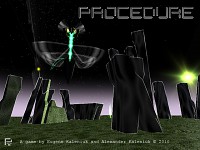 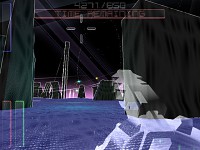 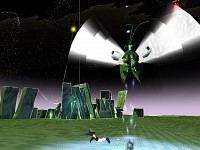 Game environment is generated procedurally depending on the user PC configuration and file system, so you can see around graphics representation of files you recently accessed. Even in-game lighting depends on actual time of the day. But you won't have much time for sightseeing as countless bugs will be there to confront you. Have no fear - A.C.I.D. will guide you through cyberspace maze and provide means to demolish digital miscreants.


Initially there are only 2 weapons available but later on you can upgrade them and compile new ones. Their most effective application may vary, so read descriptions. Some of the weapons can be devastating to the extent of ripping blocks from level geometry. Also you can spend experience to upgrade A.C.I.D. shell robustness and shield strength.

Besides campaign there is "survival" mode which allow you to train and collect experience for upgrades. You will need it, as boss-bugs at the end of each campaign level are far more tough than lesser bugs and beating them usually requires both tactics and upgraded gear.


The game can be replayed multiple times as campaign levels change following changes in your PC filesystem.

The game was designed with "by programmers for programmers" paradigm in mind, so there are bits of programmers folklore embedded in storyline, gadgets descriptions, help and tips. It was fun developing and we hope it will be fun to play.