Posted by UltimaRatioRegum on Jun 11th, 2013

This week's URR post is a short update on what's been happening the past week. I've been working on a bunch of things, some which are bug fixes and small features, some of which are further development of the procedural graphics in the ziggurats, and some of which are secret for now. Here's a list of what's been done over the last week, and what the goals for next week are.

Seven new procedural graphics have been finished off for ziggurats, leaving all the block graphics finished. These include various creatures and locations, each of which has a wide variety of different poses, positions or permutations. As ever, generated art is a central part of the game, and I'm pretty damned happy with how these are looking.

Ocean travel is now temporarily enabled for the next few releases. In the future, you'll need ships or similar to travel, but for the time being, you can travel across ocean squares when you're in the fast travel screen ('T'). This ensures you can get to all the imporant ziggurats in this release.

Ziggurat rewards have been largely programmed in. Right now, these are either a) secrets, or b) hints towards which ziggurats you can find secrets in. Naturally in the future there will be a far greater variety, but for the time being, 0.3 is focused on locating these items.

Various bugs have been fixed, and various small features added, generally in the direction of clarity and ease of use. A few small things have also been removed as they aren't fully implemented yet (for instance, the skills menu), to focus on the exploration in this release.

This coming week, I'm going to be focusing on finishing off all the possible puzzle generation. There's a very large number of components coming together so that the blocks, clues, codewords, puzzles, pressure pads and gates all combine correctly, and ensuring the game places puzzles of the correct difficulty on appropriate floors. Expect easy puzzles at the bases of ziggurats, and ones that are sufficiently complex they pretty much require a pen and pad at the top. I'm also going to be trying to deal with a few more little bugs and features, and generally continue cleaning up 0.3 for release in a month or so. By the time of the next URR update all aspects of ziggurats should (fingers crossed) be completed, at which point I'll give a little postmortem on that process, and keep you all updated on finishing things for this release off. See you then, and remember - clues might be hidden anywhere. 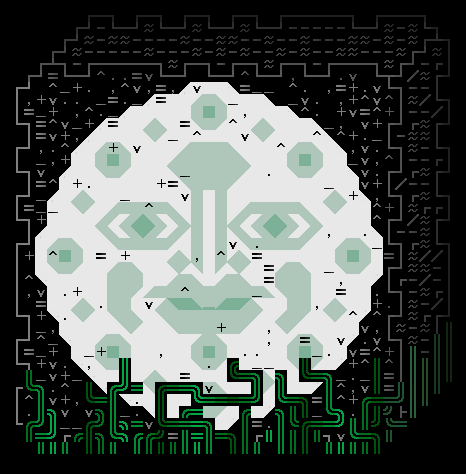 In the mean time, you can keep up to date on my devblog, Facebook page, or Twitter feed. The devblog is updated weekly or fortnightly on Mondays, Facebook a few times a week, and the Twitter roughly daily. Any thoughts, please leave them in the comments! Stay tuned...