Don't doubt Primes Status. We are still alive! We have been behind the scenes working our tailbones off!
We have lots of New content, Too much for one update, So I will cram as much in as I can! For starters, I have an announcement:

So I will start with Some map content. The first map is Rocky(WIP name) By me. 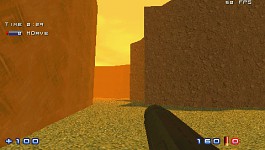 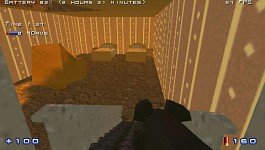 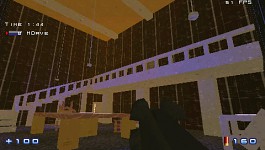 That Is a decent map, And the first of Primes new map set for Multiplayer. The next takes place in a lava scene, And Somewhat Inspired by Alinos. 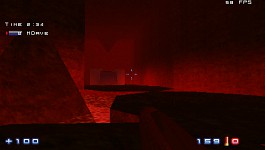 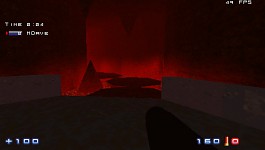 Also, With Primes maps, I plan for all of them to have some Kind of backstory. I want them To feel like some Location out in space. They don't necessarily have to Interfere or relate to Our players journey, But they will hopefully feel Like an area of a planet.

Now I would like to announce that I learned How to code qc, So I Code for Prime as well as map. Here is some of the things I have been working on and might/are added.

-Blaster
-Sniper beam
-weapons transform(Thanks to Ghostfangs old transform code)
-Morphball(Original code by Ghostfang, New code by me)
-Ricochet beam
-Abilities for weapons: I am working on giving each weapon it's own ability. Like sniper cam zoom, Morphball can boost, Blaster allows you to double jump(Rest of weapons' abilites are pending))
-Rocket launcher
-Map entities(props and stuff)
-bug Fixes and stuff

I would also Like to anounce our new Member named DTMidian! He is one of the best things that ever happened to Prime. here is what He does for the mod:

His job is to give prime a Nice art style. So far he is doing a Wonderful job. He has started our player model a couple weeks ago. The poly limit is 582 tri polys!(Tried to Beat solitudes spartan model, Darn!) Don't find that poly count final as it still has polys to Be taken out! Video demo of the player model.
NOTE: The helmet has been Squished down and Made more wide, So don't complain about it.

We are heading In our own art style, So don't expect this to Be close to Metroid, as we are going in our own Direction. Here is some Concept art By DTMidian. These were Hand drawn. 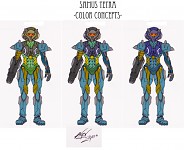 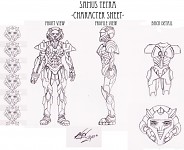 They Give Prime a Nice art style. And if you think he "ripped" these, or "copied them from Google images", Then good luck trying to find them.

Next, We have a couple pictures of The blaster to show. 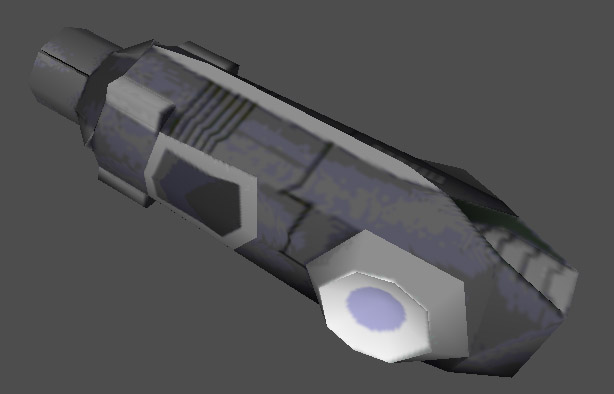 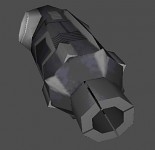 The texture Is somewhat Temporary. Nate (DTMidian) is Working on a new Texture to correspond with the New palette! This blaster is already animated, which you will see in a later video as Nate polishes the Animations and the texture.

So since I mentioned the palette, I shall show it to you:

So far, the new Palette is working well. The addition of green Is great, and the new vibrant colors are better than quakes. I am still working on hlbsp. I am around 40% done.

Here was my little Review Video too, while I didn't have a ModDB.


And that About wraps up our new Update! Hope you enjoyed!

Great job. Player models looks great except the feet. a little too big, but everything else looks good

im here got caught up with rl any how great job! :)

I want to tap that Tetra ;)

He was just stating that they had a player model, he's not saying anything against anything. In regards to the whole subject, Mexi has stated to me several times that we are 1 of a very few that has a unique player model, so surely he doesn't hold the belief that we are the only ones. This seems like everyone was trying to start out a useless flame war with no merit so let's just call it a draw, shake hands and go about our business, k? A little professional court of conduct can go a long way guys.

also notice that gears said that they "had" a player model.

sorry, sorry, just read it, not trying to start anything.