The biggest update so far is almost done and will aim at improving the graphics of the game a lot, fix some bugs and add two of the best coding works I have done.

Greetings! The time when Celosia won't be the same is very close! Over the development it changed so many times that I can't say this will be the first big change, but this will be the biggest update in the game's history. As more and more features of the game were completed it was about time to think about the visuals too and this is the main focus of this update.

I have made the options menu easier to use and more user-friendly. In the old one I was using one screen to fit all buttons, sliders and text which made it ugly and overcrowded after a while. The pause menu and game menu are now one and the Save button was removed. This was made to clear the game interface and fix a small bug. Expect to see new textbox, better story, more gameplay options two of my best coding works and many more in Celosia Alpha version 0.0.4! Coming soon... 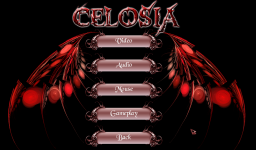 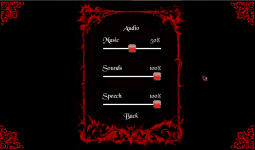 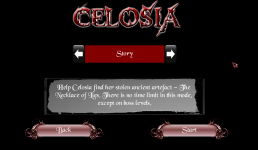 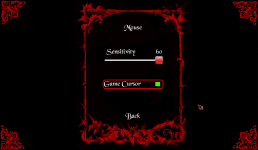