Lucretia Belneive never looked back. She rode past a sea of corpses strewn along the Anthras Ravine, horse hooves beating against parched earth, and felt no regrets. This was the price she had paid – the price they’d all paid – for a better home. 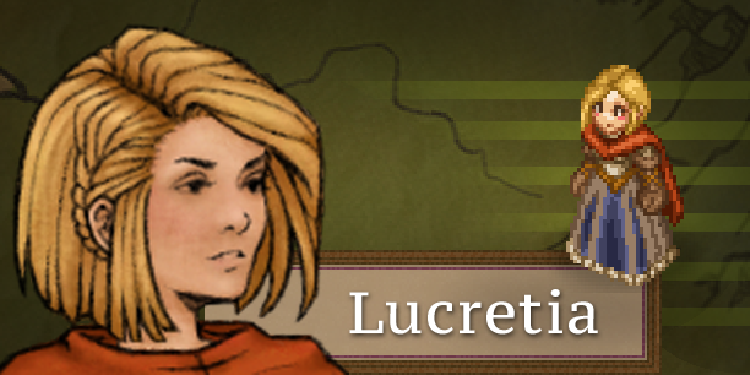 tr_bq wrote: “If I’m to die for my choices, I’d gladly die without your pity. When they toss me in the dirt or burn me in effigy, at least they’ll say, “She was her father’s daughter.”
That might be all I have left, but it’s a legacy that means something. To give these people hope again – hope for a kingdom that accepts and understands them, hope for a home instead of a prison.
Because life is cruel and our days are short, I owe it to my people to set things right.
So no, this is not rebellion.
This is restoration. And you’re either with me or against me."

Lucretia Belneive never looked back. She rode past a sea of corpses strewn along the Anthras Ravine, horse hooves beating against parched earth, and felt no regrets. This was the price she had paid – the price they’d all paid – for a better home.

And when the day came for her to make that choice – a choice to forever alter the state of an empire, the choice to beat plowshares into swords and divide brother against brother – she did not falter.

She brushed the hair from her face, pulled the sword from the man who once protected her, and said, “If you would see the rightful rule, follow me. Together we shall reclaim and cleans what is ours by birth.”

She was 23 years old, and the world wasn’t ready for her. 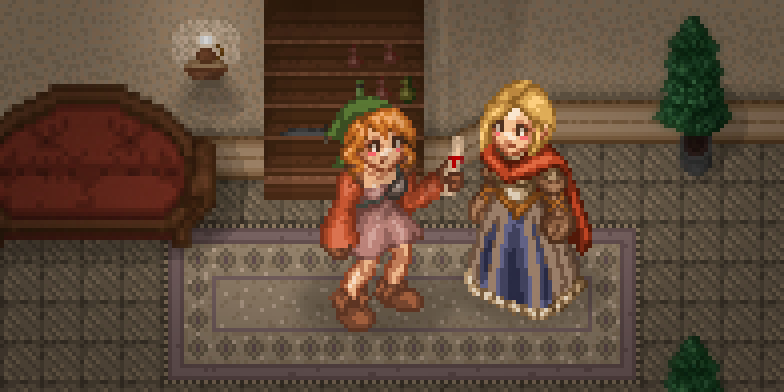 Lucretia was the firstborn of a king, which should have meant something.

Her father, King Tirgan of Dantalion, wed Patricia Belneive on a new moon with white robes and a laurel branch around his head. It was meant to signify new beginnings for the troubled kingdom. Turns out, there would be new beginnings, but not the sort anyone anticipated.

The marriage soured, as often happens when young, love-struck people rush into things. There were whispers of gold digging, of power grabbing, of sedition and subversion – but the truth was far more mundane. Tirgan and Patricia simply tired of each other. The thrill faded, and what was left were three children: Lucretia, Annalise, and young Prince Henrique. Oh yes, and one giant scandal.

Tirgan took a mistress. It was hardly a surprise to anyone, and even less so after word spread of his wife’s falsified background. She was not, as it turned out, of noble bloodline, which meant legally – in the eyes of magistrates and God alike – the marriage was forbidden.

So when the boy Henrique died of illness, and whispers spread that the Queen had poisoned the only male heir – her own son – to spite her husband’s infidelity, Patricia found her head on the wrong end of the chopping block.

And so Lucretia lost a mother. It was a blow, certainly, but she was a daddy’s girl, and as terrible as it might sound, she found one less woman vying for her father’s affections only made life sweeter for a time.

But that time was not to last – something she found out the hard way when her father married the one woman Lucretia despised: Venezia of Blouchester. Overnight the former mistress became royalty.

tr_bq wrote: “Blood? What good is blood anymore? Are we not royal blood, Annalise? And yet look at how she treats us. We’re prisoners in our own home, forced to smile as she walks by with dresses she didn’t buy and manners she parrots in mockery of us, as if we’re garbage, as if we’re dogs to eat the scraps from our own father’s table.”
“If you would keep quiet, she might like you more, you know.”
“Don’t fool yourself. We’re a threat to her. Whether we shout or shut up, she will never like us. And one day – make no mistake – she will get rid of us. Just remember: we live amongst wolves here, Anna. There’s no use pretending otherwise. I’m making plans for the day they try to take me, and I suggest you do the same.”

And then there was the boy. Prince Donne, the only living male heir to the throne, was born a short eleven months later. Lucretia never could see any trace of her father in that child’s face. Said it was because Venezia had done to the boy the same thing she had done to the king: consumed every trace of him in her pride and ambition.

Sometimes, however, Lucretia would see a glimpse of the father she once knew. A stroll in the courtyard, a conversation about politics, a meeting of minds so sharp and serious that they melded into one. She cherished those times, though few and far between.

At times, they were all that kept her going. That is, until the day the King grew ill.

The kingdom at war, Prince Donne still far too young to rule, and her own chances of ascending the throne cut off the day the blade fell on her mother – Lucretia felt the wolves circling. They were licking their jaws, all eager for a chance at a crown she couldn’t hope to have – her father’s life the one thing holding them back. But that too was thinning. The day was fast approaching when the wolves would pounce.

Luckily for her, the preparations were almost ready. She wouldn’t be taken by surprise because she watched and listened to the people that mattered. Especially to one man – a man Queen Venezia trusted more than anyone. A man she told her secrets to.

People called him Wulff, and he acted the part. 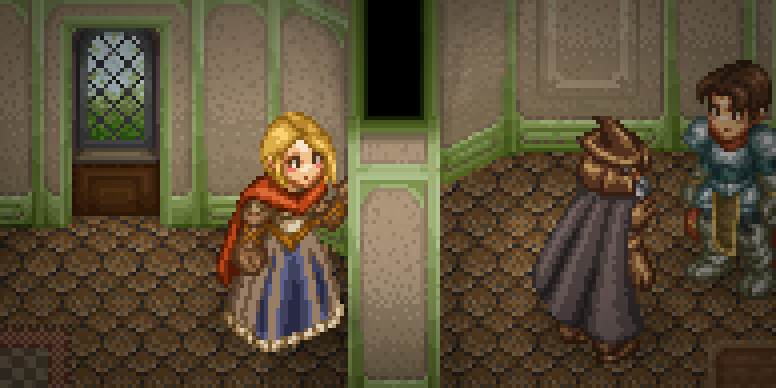 Continuing the tradition of looking at our characters in pairs, next time we’ll hear from the grizzled war veteran Wulff, followed shortly by the closest person to him, Queen Venezia.

So next time, the most skilled military officer Dantalion ever had: Wulff.

If you’ve enjoyed this and want to be alerted when new ones come out, sign up for the blog’s mailing list below. You can also get major game updates by signing up for the newsletter to the right.

Find us on Twitter, shoot us an email, and stay in touch! We want to hear from you!

And if you'll be at SGC this Saturday, shoot us a message and we just might see you there!

Wow that was amazing, looking forward to more ;)