There is no guarantee of a happy life. Desmond knew that as well as any. While Vashti Dahlman (if you missed her profile, find it here) was soaking up the salty-sweet breezes off the Erebore coast, another man was struggling to survive poverty, sickness, and war. This is the story of how he endured, and what was left of the man on the other side. 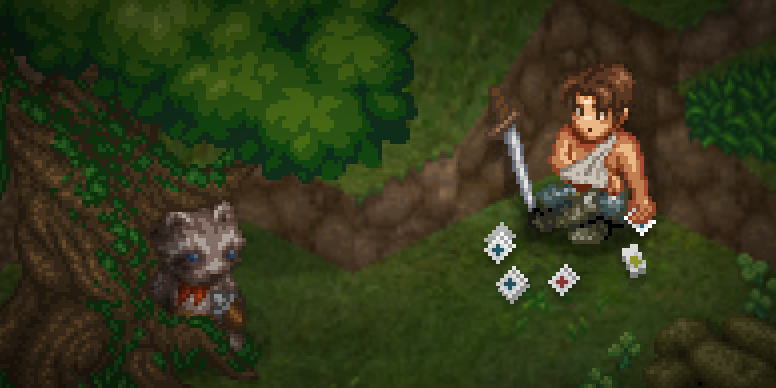 There is no guarantee of a happy life. Desmond knew that as well as any.

While Vashti Dahlman (if you missed her profile, find it here) was soaking up the salty-sweet breezes off the Erebore coast, another man was struggling to survive poverty, sickness, and war.

This is the story of how he endured, and what was left of the man on the other side.

“I’m serious; just stay behind me already.”
“Des, what on earth are you so afraid of?”
“Oh, I don’t know. Let me think here, Vash. Might be the dead chicken carcasses and fish heads on stakes. Met a few people with those things outside their homes and let me tell you: just some of the best lot you’ll come across. Real charmers.”

Desmond Rhines was an open and shut case. Right arm in splinters, cranium cracked, back torn open – he was a causality of war. Rolled onto a cot in the musty-aired Boultice triage encampment with a grimace of pain, he looked up at the blonde woman looming over him, forced a smile and said, “It’s been a rough day.”

He was given a week. Two at best.

And he wanted to say it was her laugh or eyes or something else terribly romantic that brought him out of it, but he was just one of the lucky ones. 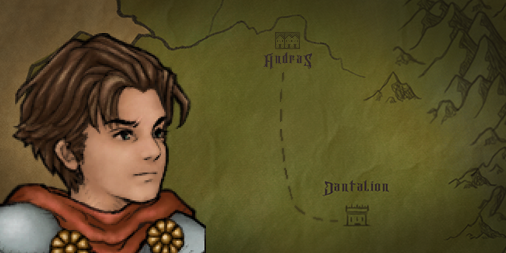 Desmond needed no incentive to run.

Born from hardy stock in the northern province of Andras, his father served as security head in a nobleman’s private guard, but fate wasn’t kind to the boy. It was a poor region, a recent drought pressing misfortune upon misery, and the populace grew restless.

One night the poor stormed the nobleman’s castle and massacred the guard, including Desmond’s father, and took whatever food they could find.

With the region left in chaos, Des’ mother fled south with he and his brother to live with an aunt near the capital city, Dantalion. The quarters were cramped, sickness spread, and the household grew hostile.

So Desmond escaped. Every day he awoke, left the house, and came back after sunset – if he came back at all.

And then his younger brother grew ill. There was no money for a doctor, so the illness spread to young Bartholomew’s chest, and within three months the boy was dead. It haunted Des. He felt selfish and ashamed – perhaps in ways he never fully recovered from.

tr_bq wrote: “What can I say? He was my brother. We weren’t especially close – at least not like you and Benson, but he was my brother and I loved him.”
“I know, Des. I’m not judging. Just asking.”
“Yeah, I get that. It’s just – it’s difficult for different reasons. I have regrets, I’m not happy with my choices. I wasn’t good enough to him; I know that. He always just seemed… far away from me.”
“When you talk about him, you get so matter-of-fact.”
“I do? … I guess I probably do. I’m sorry, I just don’t know any other way.”

But he learned to cope - laughter, his friends throughout Dantalion, and conscripting in the military shortly after his fifteenth birthday helped. He never underestimated the value of life, and while he sometimes spoke flippantly, his ability to stay focused in battle and the relationships he formed on the front made him a natural leadership candidate in the Dantalion military.

His promotion prospects were good. But that all washed away in fire and shrapnel when a methane bomb exploded beside him. 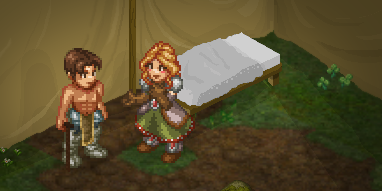 Precious few survived that battle, and even fewer survived the triage centers. They did the same thing with Des that they did with all the dying: dropped him on a cot in south Boultice and forgot him.

But he wasn’t to be forgotten for long. Six months later he limped into a military encampment, asked for the general, and reenlisted. This time with a beautiful blonde in tow.

And when he stepped foot into the Dantalion Royal Courtyard, a pair of eyes trailed him. She watched as she had watched her father, the king, the day her mother was executed. She watched him as she watched all people of influence. One day the knowledge would be useful. One day she would claim back the throne so cruelly denied her. She would be powerful again.

Her name was Lucretia, and her time was coming.

Denied her father’s throne, called illegitimate – the daughter of a traitor – her whole life, next time we’ll hear from the woman who would rise from the disgrace heaped upon her and lead a revolution threatening to tear a country apart.

If you’ve enjoyed this and want to be alerted when new ones come out, sign up for the blog’s mailing list below. You can also get major game updates by signing up for the newsletter to the right.

Find us on Twitter, shoot us an email, and stay in touch! We want to hear from you! And if you’re going to be in Dallas for SGC this July, send us a message and let us know. We just might bump paths!