The first playable demo is now available for download. The demo includes a basic singleplayer RTS skirmish mode and a tutorial.

The first pre-alpha demo for Empyrean Frontier is finally available for download. The demo contains a skirmish mode with 2 1v1 maps and 2 AI settings, as well as 2 tutorial missions to explain how to play. There is also a listing of all game controls within the options menu and a graphics settings menu for customizing settings for your computer. 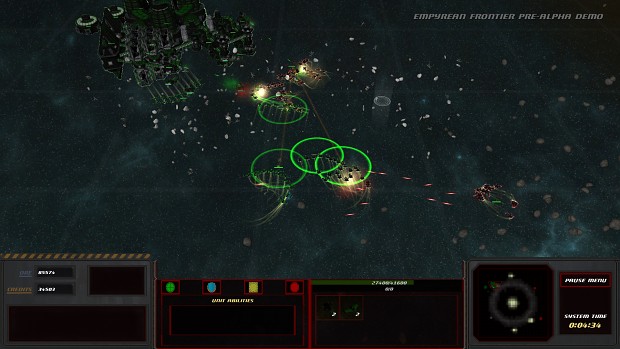 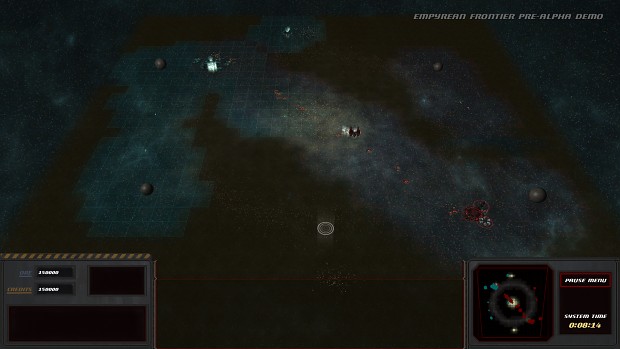 Great demo! Right at the start though, there are two things I wouldn't mind seeing changed:
1) Building station modules, switch the mouse buttons around, LMB - build, RMB - cancel (it's a standard in most rts games and I think people who play them are more used to it)
2) Cursor colour changes depending on the type of action (i.e. white - move, red - attack, blue - mine, etc.)

Other than that, quite an enjoyable game :)

Thanks for playing! I did wonder about whether the mouse buttons were set up right. I think I’ll end up at least adding an option to reverse the setup for space station construction. Custom cursors are also something I plan on adding eventually, hopefully with little animations as well.