Narrative adventure game playing an Agent of Death who must take ONE life that could change the Fate of a conflict-torn Nation! Freeform exploration, Rich dialogue and Meaningful choices abound!

Find out more & Vote on on Steam Greenlight!


We may have reached a significant milestone, BUT we're not procrastinating! We'll be using the next two weeks to polish up the art even further, squeeze in a few more sound effects, squash an extra bug here and there... and generally make our already awesome game even, well, awesomer :)

And yes, we still have a female Death in addition to what you see in the trailer! 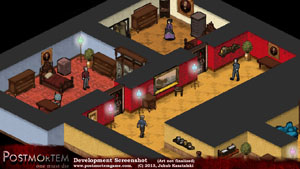 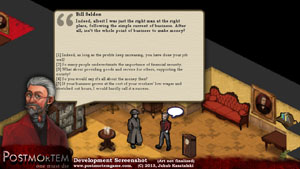 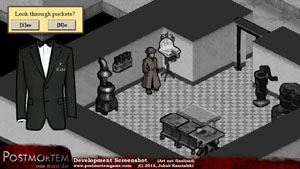 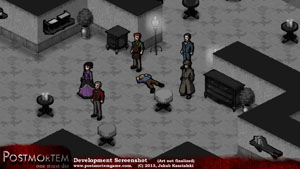 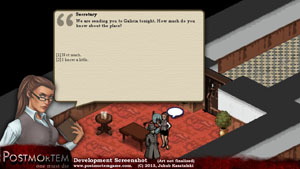 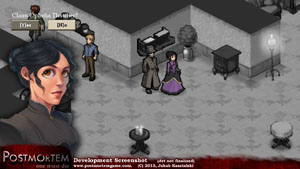 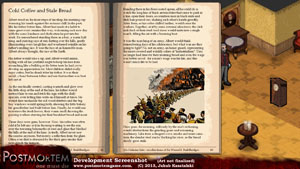 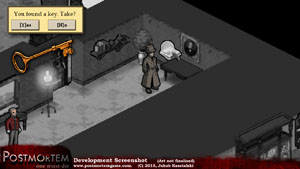 play an Agent of Death who could affect the Fate of a conflict-torn Nation! Think The Walking Dead meets Home and The Last Express, with a dash of To The Moon

You are an agent of Death sent to take ONE life

from a cast of influential and ambitious characters in a complex setting of a country torn by violent domestic conflict and industrial revolution.

How can Your Choice change the fate of the nation?

what unintended consequences could your meddling have? Is your educated guess correct?

Online Stats to compare Your Choices with!

anonymous aggregate stats of everyone's playthroughs will let you see how your own choices compare! Are you one of the good guys?

How do you decide whom to Kill?

it's *entirely* up to you - Learn as much as you deem sufficient and see the consequences. And after... well, I'm not at liberty to say ;)