Currently, PokéWorld is in Alpha but will be getting a big update very soon. Regardless of that fact, there are a lot of features that are present within the Alpha. Below is the current rundown of what is in the current version:

- All 802 Pokemon are currently in the game, excluding alternate forms + mega evolutions

-Players can search for pokemon in 4 of the traditional ways currently, exploring, surfing, fishing, and hitting (headbutting) trees. 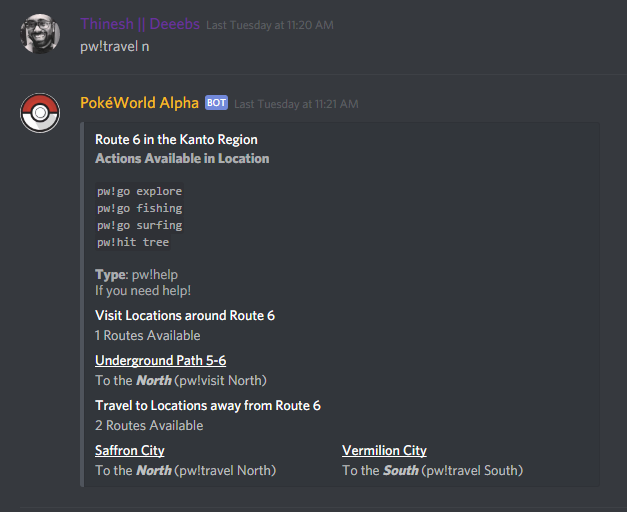 - Once encountering a Pokemon, you have two options, either run or battle. There is a 30 second timer to choose either command before the pokemon escapes from you

If one of your pokemon faint, the next one will automatically be put out and appear in the message as well.

If you're able to K.O. the opposing pokemon, you're then able to attempt to catch it 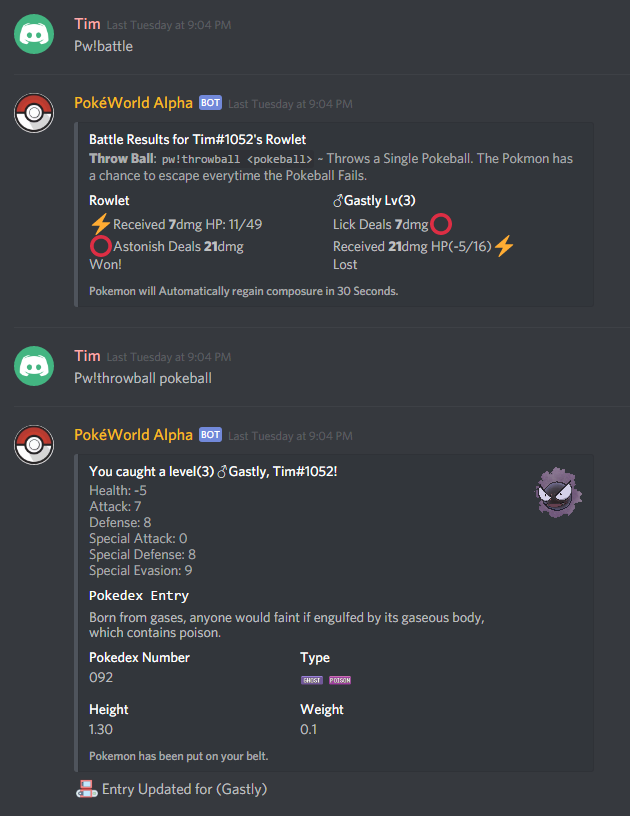 - The spawn locations for the regions are based off of the main stream (traditional) games.

- Currently, your starter pokemon is assigned to you randomly

Each region's starters are the same 3 from the traditional games

Kanto has 5 starters, as Pikachu + Eevee are added to the starter pool in memory of Pokemon Yellow 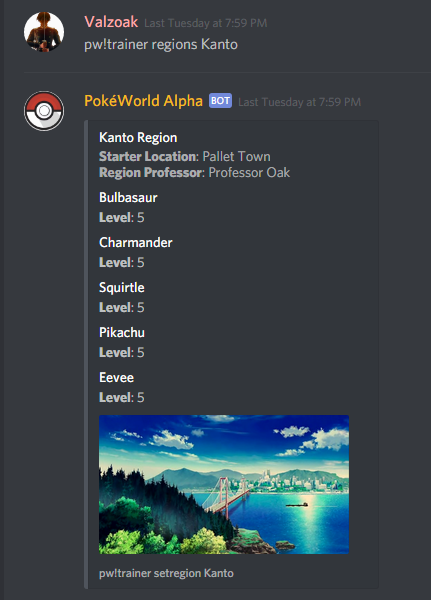 - Legendary Pokemon are in the game. Their locations are the same as to where they appear in the traditional games 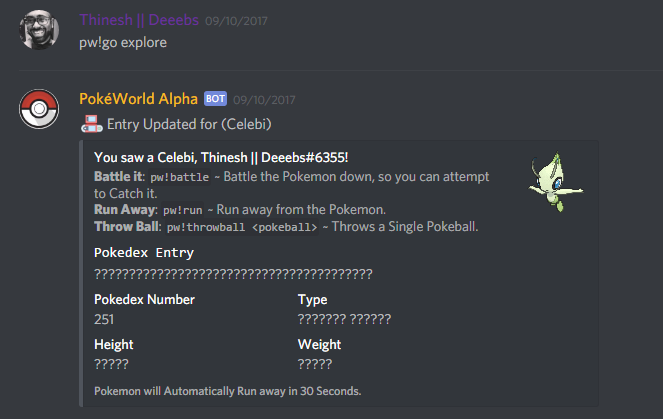 - Currently all 7 regions are in the game as options to start your adventure at (Kanto, Johto, Hoenn, Sinnoh, Unova, Kalos, Alola) 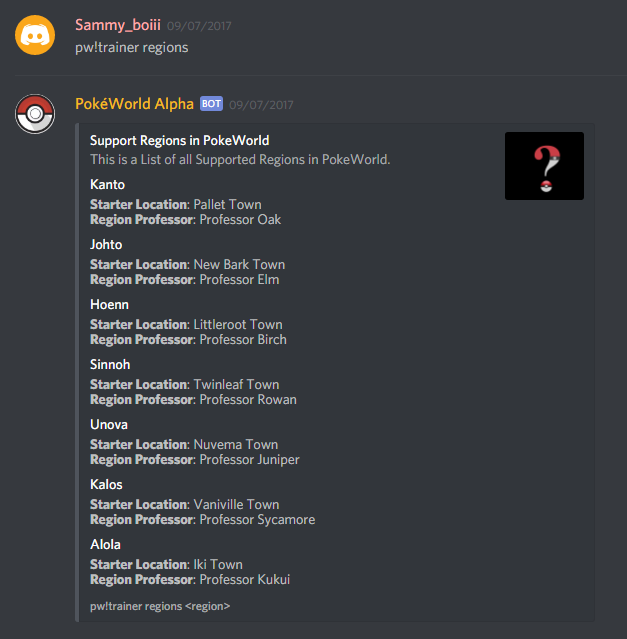 - All routes from the traditional games are in PokeWorld

Certain routes may be broken, or have issues, such as no exit from a certain location

Certain locations are missing as well

-Movement throughout the maps is similar to the regular games. You're able to move 1 route at a time, in the directions north/south/east/west

-You can also visit a location, if applicable, by visiting a location that's either north/south/east/west of where you are currently 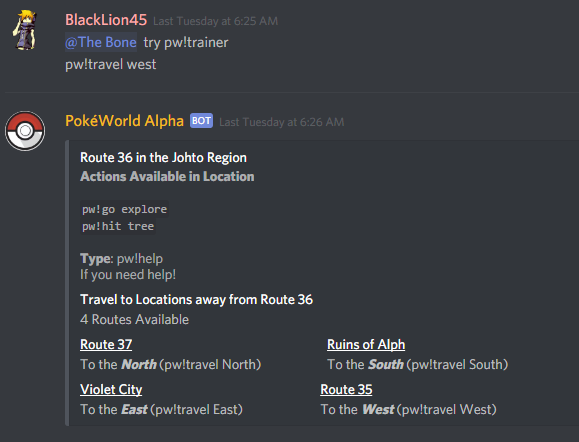 - At this moment in time, mobility between regions is not a feature

-Players that starter in Kanto/Johto are able to travel between both, either utilizing SS Aqua or the routes connecting the two. This is due to Kanto+johto being connected 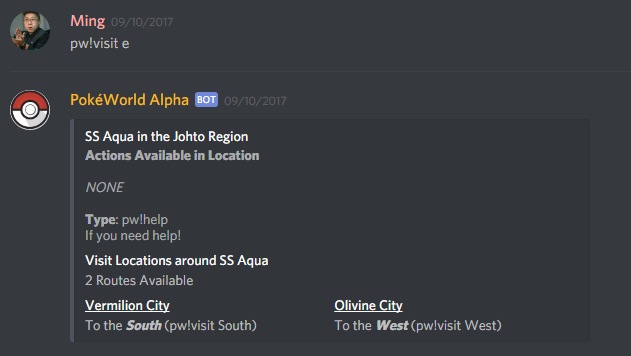 - Players are able to view their trainer card 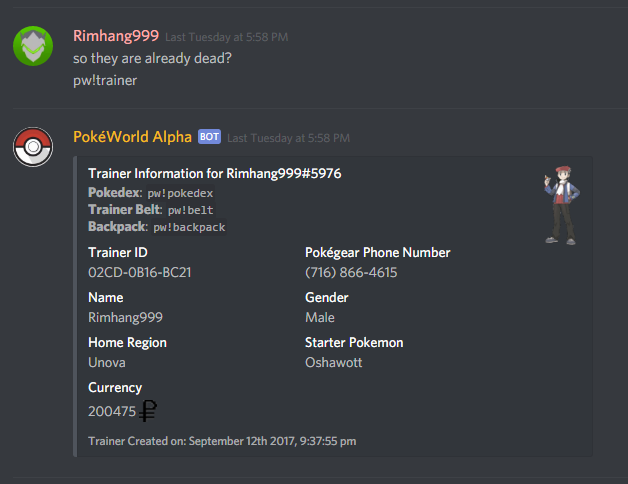 - Works like traditional Pokedex. Logs info of any Pokemon Seen, and Pokemon caught

Can refer back to this for Pokedex Entry on said pokemon

-Shows tally of Pokemon Caught, as well as Pokemon Seen but not caught 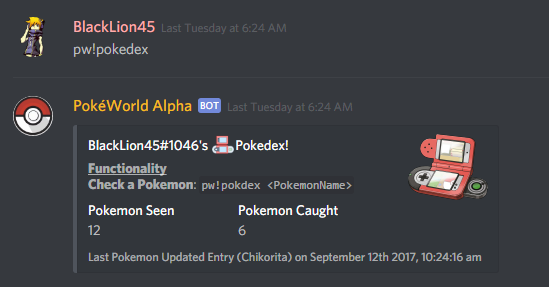 Can check info on any item within backpack 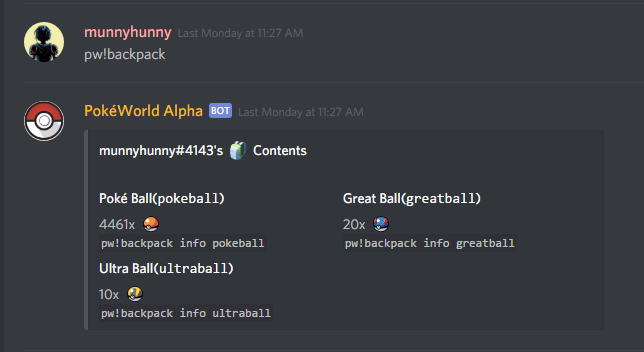 Can go more in depth to see stats of each Pokemon 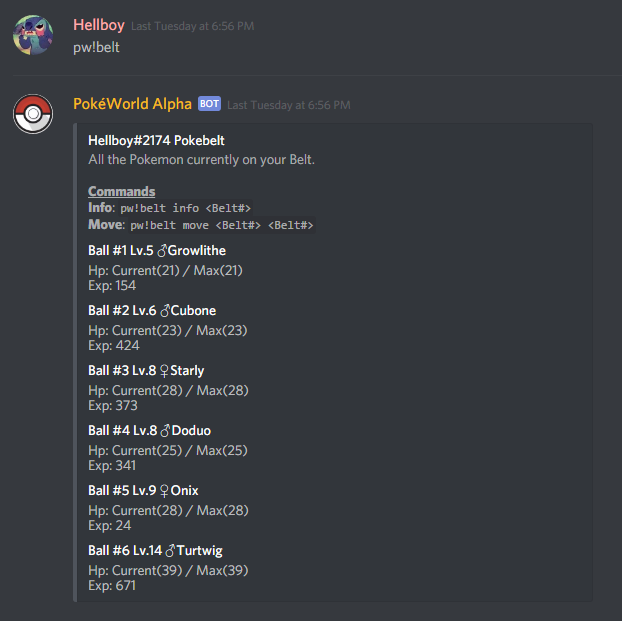 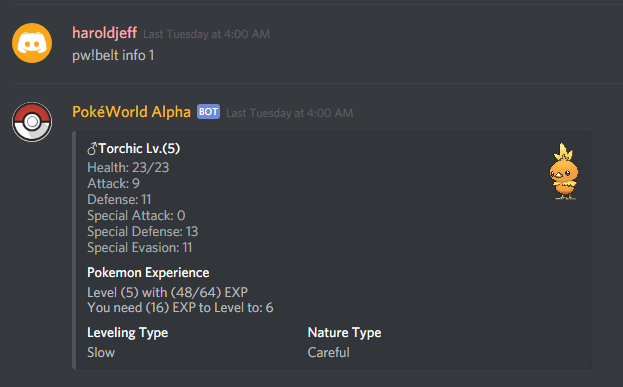 - Only method to make money is to tell some of the 5,000 Pokeballs you were given at the start

Also have the ability to withdraw/deposit pokemon from storage 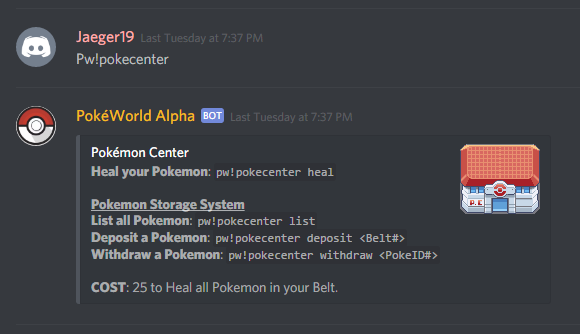 - Currently only Pokeballs/Greatballs/Ultraballs are purchasable 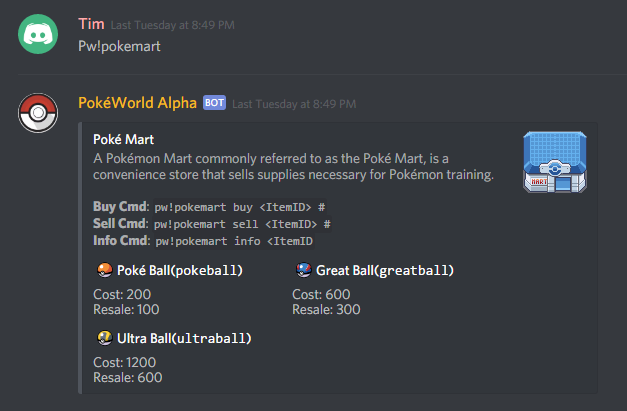