Dejobaan Games has announced the publicly playable alpha of "AaaaaAAaaaAAAaaAAAAaAAAAA!!! - A Reckless Disregard for Gravity" for Windows. The alpha shoves you off of floating skyscrapers in eight levels set over an alternate Boston, MA, and ends with an upsetting "thank you for playing" speech by
the studio. You can check out their work-in-progress at www.dejobaan.com/aaaaa

In AaaaaAAaaaAAAaaAAAAaAAAAA!!!, you dive off of a building and rely on quick reflexes to negotiate the intricate tangle of girders that make up the City. You perform aerial stunts at terminal velocity before parachuting into the arms of your cheering fans. While other skydivers have it easy, you have to earn the adoration of the crowds by gliding within an eyelash of that glass super-skyscraper at 91 miles per
hour.

The game is scheduled for a Q3 2009 release, and will require Windows XP/Vista, a 1.5GHz processor, 1.5GB memory, a 3D card with 256MB memory, and Microsoft DirectX 9.0c. Visit Dejobaan Games online at www.dejobaan.com and follow them on Twitter at @RoRoDejobaan. 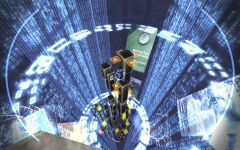 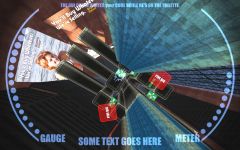 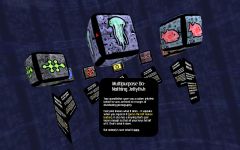 FYI: "You can check out their work-in-progress at www.dejobaan.com/aaaaa.."

Has a . at the end, so it doesn't link properly.

Also, I totally enjoyed this game, though it was extremely difficult on later levels. After the first 3 or 4 it felt liked the difficulty increased exponentially.

EDIT: The other link has a comma in it.

Downloading, i reccomend changin the logo from the blue in the background and the red logo because it just makes people think of mirrors edge and you'll find people comparing it to mirrors edge more.

I like the logo and I didnt think of mirrors edge at all when I saw this.

Yea I never even thought of Mirrors Edge.
But of course Mirrors Edge isn't the best memory so you know we may not even give a rats *** about that.

Also dammit i want that Italian sub sandwich with them carnivore meats!

whoa. Sweet concept. Highly anticipating how far this will go.

You guys broke rules 1 and 2 in the after game speech.

only applys to raids idiot.

looks like one of the instant action games i played long time ago, but this looks definitely better

It's fun and all, but in later levels it makes no sense at all, which route should i take for highest possible score.

Once I got used to it (took remarkably shorter than i expected) it was really fun. Whizzard, as far as I know that is half the point of the game: trying to find the route with the highest points. the other half is having the skill to pull it off. the jackhole was great because i could never get more than 2 stars till i found a really solid way to do it

I like this game, maybe you could have rolling in-air, though. Especially if you plan on any more maps like "Jackhole".

There is, it's called "Smash your face against the mountain", I managed only one decent landing and 1 star.

I love the gameplay. You should add more mechanics, though. It looks kinda simple.

But, actually, disregard that, I still haven't tried it.

played it. loved it. well, i loved it since the first time i saw the pre-alpha trailer. hehe wonderful!
(btw i know this has been mentioned... "restart")

My god, this game is wonderful.

Finally got to play it, it's an awesome game :D
Keep up the good work!

For people with the error, if it's on Vista and you're an Administrator, that's NOT enough, you gotta right click the exe and choose Run As Adminstrator, so just being one isn't enough nowadays I guess.

Awesome game! I enjoyed it alot~ You should totally put some multi-player into this and have some ridiculously large levels!

Tons of fun, I loved it :) By the way, an infinite zoom when you jump off the first leap would help the atmosphere I think. :D

I played the alpha and all I can say is: Great game! I think that the "Kiss" and "Hug" counters on the HUD are a bit too big though..

Where is my Italian sub sandwich!